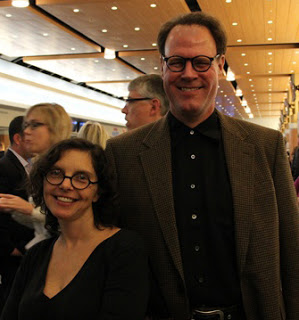 I’m not much for short posts, which may or may not be why my readership is low... and I completely understand.

I mean, who has the time to tread all those meandering thought paths, click on all those song links, admire all those handsome men I post pics of…? Not many people, apparently. (If you’re reading this, then you do, and I love you for it!) But time is running out on the timeliness of this one, so I’m going to make this a short, sharp shot.*

First of all, if you were anywhere near the internet last month, then you saw this awesome story about how Dave Grohl broke his leg during a show in Sweden, went to the hospital to have it set, then came back to finish the show, seated in a wheelchair with his guitar in his lap and his bum leg in a cast.

Anyhow, when I heard about this awesome feat, I thought, “How very rock and roll!” ‘Cos is it, isn’t it?  It’s like Keith Richards and David Bowie turning down the Queen’s offer of knighthood… Like John Lennon returning his knighthood medal “in protest against Britain's involvement in the Nigeria-Biafra thing, against our support of America in Vietnam and against Cold Turkey slipping down the charts.” It’s like refusing to be inducted into the Rock and Roll Hall of Fame, as Axl Rose, Ozzy Osborne and Johnny Rotten of the Sex Pistols did. “Next to the Sex Pistols, rock and roll and that hall of fame is a piss stain,” Rotten posted to the group’s website.

THAT is rock and roll. (As an aside, I saw Rotten on The Late Late Show in 2007 and after the band was ripping through Pretty Vacant, he patted his middle-aged gut and yelled out “FAT! FAT! FAT! is this year’s slim!” While Sex Pistols-esque antics may not be as “cute” coming from a 51-year-old man, I thought this particular monkeyshine to be exquisitely “rock and roll.”)

Anyway, after learning about Dave Grohl’s little shavie over in Sweden, I started to think about what it would look like to be a “rock and roll” Christian. And I don’t mean a Christian who enjoys a good headbang to the sound of a blazing guitar riff or blistering drum solo… I actually am not sure how to SAY what I mean… maybe a Christian who goes whole hog – living outside of any kind of societal expectation. My friend Grace and I used to call it giving the Christian life “the full monty.”

And so, I’m thinking about this for a couple of days and the news comes over the wire that Elisabeth Elliot has gone to meet her Maker. In case you don’t know who this was, then … well, she was a Christian writer, speaker, missionary, etc. who had been doing her thing for many years. I used to hear her on the radio in my saturation** days, and honestly, she always sounded like she had a stick up her you-know-what. She seemed like one of those “just do it” kind of Christians who never struggled with temptation or anything.
That said, she tirelessly taught the gospel for years and years, and each of her “Gateway to Joy” broadcast included these words: “You are loved with an everlasting love – that’s what the Bible says – and underneath are the everlasting arms.” Now I don’t care who you are, that’s comforting.
Anyway, she may not have sounded or looked all that “rock and roll,” but she was the real deal... It’s all recorded in a film called “End the Spear.” What happened was this: She was married to a missionary named Jim Elliot who, in the 1950s, made contact with an unreached tribal group in eastern Ecuador – called the Huaorani (or sometimes the Waorani or the Waodani.) Contact was initially friendly, but for some reason he and the missionaries he was with ended up getting speared to death… and Elisabeth Elliot never saw her husband alive in his body again.

And this is when it got real for our Betty… and as the click-baiters say, “You won’t believe what happened next!” And that is, she went down to the Huaorani village and mowed the whole lot of them down with a machine gun … OH WAIT! That’s not what happened! No... she... forgave them in her heart and mentioned them in her prayers every night. No... that's not it either! For real, here's what she did – she (along with her daughter and the wife of one of the other speared guys) went down to the village and forgave those people – both in her heart and in everything she did – learning their language, sharing God's love with them and living with them FOR YEARS!!!

Now I ask you… how rock and roll is THAT?!