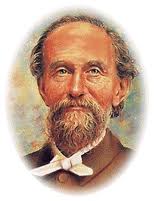 "May not a single moment of my life be spent outside the light, love, and joy of God's presence."

As a young man, Andrew Murray wanted to be a minister, but it was a career choice rather than an act of faith.

Not until he had finished his general studies and begun his theological training, in the Netherlands, did he experience a conversion of heart. In a letter to his parents, Murray wrote, "Your son has been born again. ... I have cast myself on Christ."

This "casting of the self" became Murray's life theme. Sixty years of ministry in the Dutch Reformed Church of South Africa, more than 200 books and tracts on Christian spirituality and ministry, extensive social work, and the founding of educational institutions—all these were outward signs of the inward grace that Murray experienced by continually casting himself on Christ.

"May not a single moment of my life be spent outside the light, love, and joy of God's presence," was his prayer. "And not a moment without the entire surrender of myself as a vessel for him to fill full of his Spirit and his love."

At age 21, Murray received his first appointment as the only minister in the Orange River Sovereignty, a 50,000-square-mile territory in remote South Africa. Constant travel to distant parishes and outreach to the unevangelized soon depleted his strength. A bout of illness so weakened him, he was forced to return to England for rest.

When he returned to South Africa, he took a position in Worcester, where he became involved with the newly opened Theological Seminary of Stellenbosch. His passion for Christian education prompted him to found a succession of institutions, such as the Bible and Prayer Union (which encouraged Bible study and prayer) and the Huguenot Seminary, where young women could prepare for educational work.

From Worcester, Murray accepted a more prestigious preaching position in Cape Town and then, seven years later, the pastorate of a church in Wellington, a more rural parish. Here Murray honed his preaching skills and led a holiness revival (historian Wcaptioner Hollenweger considers Murray a forerunner of Pentecostalism). Through his preaching and writing, Murray slowly became an international figure.

Murray wrote to interpret the Scriptures in such a way that Christians were free to believe and experience the grace of God. He believed that God had done everything necessary for people to live rich, productive, meaningful lives that participated in the life of God. The obstacles to such lives included half-hearted surrender to God, a lack of confidence in the anointing of the Spirit, and a deep-rooted skepticism about the power of prayer.

One of his most popular books, With Christ in the School of Prayer, takes New Testament teachings about prayer and illumines them in 31 "lessons" designed to help the reader move past shallow, ineffectual prayer into a fuller understanding of the work God has called them to do. According to Murray, the church does not realize that "God rules the world by the prayers of his saints, that prayer is the power by which Satan is conquered, that by prayer the church on earth has disposal of the powers of the heavenly world."

He strove to align his spiritual insights with his Reformed theology, but he was accused by Reformed critics of teaching free will and that God wills the redemption of all.