Can a Christian Commit Suicide? by Miguel Nunez 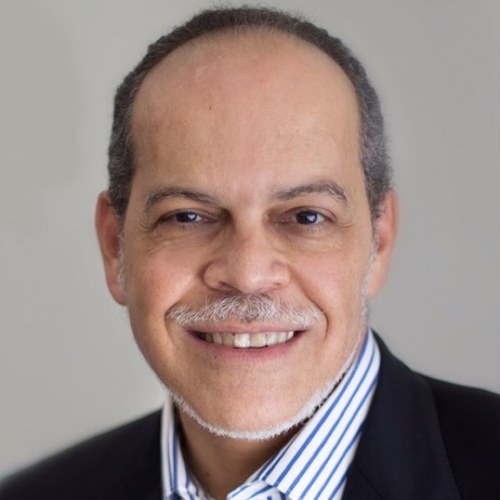 This controversial topic has unfortunately often been addressed in emotional ways, not through biblical analysis. Those of us who grew up Roman Catholic have always heard suicide is a mortal sin that irretrievably sends people to hell. Influenced by the arguments of Augustine and Aquinas, this belief dominated through the Reformation. However, for Luther, the Devil is capable of oppressing (not possessing) a believer to the point of pushing him to commit the sin of suicide (Table Talk, Vol 54:29).

As the salvation became better understood, many Reformation thinkers and theologians distanced their views from the Church of Rome.

Besides this traditional position of the Catholic Church, we encounter three others:

a) A true Christian would never commit suicide, since God wouldn't allow it.

b) A Christian may commit suicide, but would lose his salvation.

c) A Christian may commit suicide without losing his salvation.

So what does the Bible say?

Let's begin by talking about those truths we know as revealed in God's Word:

Humanity is totally depraved (Isa. 64:6; Rom. 3:10-18). This doesn't mean we're as evil as we could be, but that every human capacity—intellect, heart, emotions, will—is tainted by sin.
Even after regeneration, a Christian is capable of committing any sin except the unforgivable one (Rom. 7).
The unforgivable sin is mentioned in Mark 3:25-32 and Matthew 12:32-32, and from these passages we can conclude it refers to the continual rejection of the Holy Spirit in the work of conversion. Others believe this passage speaks of attributing to Satan the work of the Spirit. It's clear that in any case it's referring to an unbeliever.
It's important to remember a believer is capable of taking the life of someone else, as David did in the case of Uriah, without this action invalidating his salvation.
Christ's sacrifice at the cross has forgiven all of our sin—past, present, and future (Col. 2:13-14; Heb. 10:11-18).
The sin a Christian will commit tomorrow was forgiven at Calvary—where Jesus justified us, declaring us positionally righteous. He accomplished this work through one single offering that didn't need to be repeated again. On the cross Jesus didn't make us justifiable; he made us justified (Rom. 3:23-26; 8:29-30).
Salvation and the Act of Suicide

One of the classic differences between Arminianism and Calvinism concerns the doctrine of salvation and perseverance of the saints. Many Arminians believe suicide offers evidence that a Christian has lost his salvation. Those who affirm the eternal security of believers, however, believe that neither suicide (nor any other sin) can negate the salvation Jesus won for us.

Within these two Christian camps, some contend a true believer would never commit suicide. But this position lacks biblical support. Granted, some point out that Scripture contains no instance of a believer committing suicide, while it includes many cases of unbelievers doing so. But this is an argument from silence. Scripture doesn't explicitly mention many things in life. Moreover, some hold suicide robs a Christian of her salvation because it doesn't provide an opportunity for repentance. But if you were to die right now, would there be any unconfessed sin in your life? Of course there would.

The sacrifice that covers the sins remaining until death is the same one that would cover a sin like suicide. God's Word is clear: "For I am sure that neither death nor life, nor angels nor rulers, nor things present nor things to come, nor powers, nor height nor depth, nor anything else in all creation, will be able to separate us from the love of God in Christ Jesus our Lord" (Rom. 8:38-39). Friends, "anything else in creation" includes the believer, and "things present nor things to come" refers to situations not yet experienced. Jesus himself says no one can snatch us away from our Father (John 10:27-29), and Paul says, "[the God] who began a good work in you will bring it to completion at the day of Jesus Christ" (Phil. 1:6).

If we've established a Christian is capable of committing any sin, why can't we conceive one could ever commit the sin of suicide?
If we believe Jesus' blood is capable of forgiving any sin, wouldn't his blood cover this other one also?
If Jesus' sacrifice has made believers perfect forever (Heb. 7:28-10:14), could any sin remove their salvation?
If someone like Moses (and Job, and Elijah, and Jeremiah) came to a point where he wished God would take his life, couldn't a believer with schizophrenia or extreme depression, who lacks Moses' strength of character, make this wish a reality?
On the basis of Scripture, history, and the experience of God's people—as well as the indwelling Spirit and the means of grace in the church—it's nonetheless likely that suicides are rare for genuine believers.
Suicide is a serious offense against God, as it represents arrogant violation of the gift of life the Creator has given. But if a genuine believer is theoretically capable of taking another's life, why is it impossible to conceive he could ever take his own?
As you can see, the subject of suicide and salvation is no simple matter. Biblically informed wisdom and careful theological reasoning are therefore essential whenever we encounter something not explicitly addressed in Scripture. Our chief focus should be on that about which God has said much (salvation), not on that about which he's said little (suicide).

Miguel Núñez serves as senior pastor of International Baptist Church and president of Wisdom and Integrity Ministries in Santo Domingo, Dominican Republic. He is a Council member of The Gospel Coalition. You can follow him on Twitter.