Be Careful Little Eyes What You See by Vickie Turner 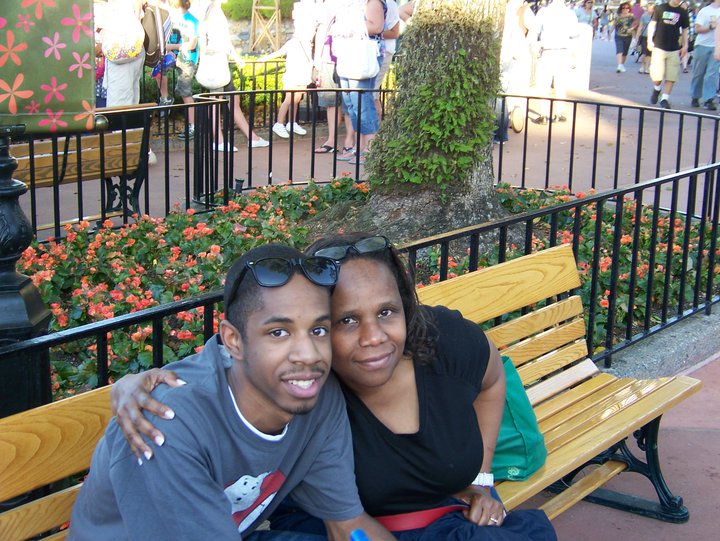 If you were to ask my husband or oldest son if I knew very much about current events, they would both say no, without a moment of hesitation.  When they learn that I do know of some current event, they quickly want to know how I found out! I'll never tell!  I can not really explain why I do not keep up with current events. That is just how I roll!

Given my low score on the current events standard achievement test, my son was surprised that I knew about the story of Trayvon Martin's death.  I first learned of it from a blog I frequent that focuses on racial reconciliation.  Since then, the story has crossed my path many times.  Each time I am given a little more to ponder. You can not read about the story and just walk away. It stays with you.  If we ask ourselves why it stays with us, we would learn that we have varied answers. Perhaps we would all think George Zimmerman saw something different. My point here is not to debate the answers, but to tell you what the story stirred in me.

You see, I have my own "hoodie" story.  About 1.5 years ago, I was following my oldest son, Tyler. He and I were meeting my husband, Nelson somewhere. It was early by teenage standards and Tyler had opted for jeans and a hoodie. I was not happy, but the outfit was a step up from pjs! It was a chilly morning, so he had his hood covering his head.  While we were driving, we realized we had made a wrong turn.  Tyler pulled into a church parking lot to turn around. I was close behind. I was close enough to see the expression on the face of the gentleman walking into the church's office. I saw with my eyes, what he thought he saw with his. Can I know for sure? No. Can I have a strong suspicion? Yes. I think his eyes registered fear, alarm and distrust. Again, that is what I perceived.  When I looked back at Tyler, I saw something totally different. I saw my son, my first born. The son I know to be highly affectionate, loving, very respectful and trustworthy.  Did I think he was packing some heat? No. Was he? No! Was he guilty of holding too tightly to his IPOD or cell phone? You betcha!

When we got to our destination, I told him that he should  not   ride around with a hood on. I knew/know as an African American male, he did not have that privilege. That was/is his reality.  Do you want to know where we were headed? We were going to the home of a professor from the UNC School of Journalism.  She had noticed Tyler's talents, as we had, and had agreed to talk to us about some career/colleges choices for Tyler. She saw what we saw.

Do my eyes always see what they should? No way! I, like Paul, am chief among them! I could give you many examples, but I will stick to the one that still haunts me the most. Here goes! I am fourteen years older than my brother. In a sense, we were both only children. He thought he had the misfortune of growing up with two moms! If I really think about it, I might have taken that fourteen year gap a bit too far! Again, there are too many stories to tell about times that I did overstep.  Do you detect a pattern?  I want to share a time that I did not necessarily overstep, but I was judgmental towards one of his friends. In my opinion, he had a friend that was unworthy of his friendship. He was nothing like my brother. I KNEW my brother was better. Our families were very different. I KNEW my family was better.  Can you say self-righteous?!  Who said confession was good for the soul?!  I feel yucky just thinking about how judgmental I was. Unfortunately, I can still be. I never said much about my feelings to my brother, but I know he knew how I felt. I am not sure what precipitated this, but one day I found myself in a conversation with this young man. He told me his story.  It is one of those "stop you in your tracks" stories. Life had been hard.  Real. Hard. The details are not the point, but my realization was huge. This young man was a human being, made in the image of God and I had demoted him.  At the same time, I had promoted myself to JUDGE VICKIE.  During the times that our paths had crossed, I had played a full hand with him! My cards had capital Js in the corner and it was not for Jack, but judge, judge, judge, judge, judge!  If only I had played my Ls. Love, love, love, love, love.  My eyes and heart had deceived me.

This past Monday, my daughter and I were making dinner. While we were prepping things, she said, "Mom, you are not praying." I was a bit confused. I knew I do not make dinner often, but surely she was not thinking that prayer was the only thing that was going to make the meal edible! Hoping that was not the case, I asked her why she had said that.  She said that I usually pray when I hear sirens. When I stopped and listened, I could hear sirens in the distance. She was right. I usually pray out loud whenever I hear sirens. I wonder how many times her eyes have seen and ears have heard that over her thirteen years. What she does not know is that I got the idea from someone I saw doing this very thing. One Sunday we had an emergency during service. When I turned around to see what was happening, I saw a mom embrace her children and begin to petition the Throne of Grace. What my eyes saw, my heart wanted to do. It is now so spontaneous that my daughter, Holland has noticed.  Praise God for the positive things she sees.

Oh, that I could end there! That would make things end on a good note. That sweet story could help to counter some of the deep rooted sin of judgment I shared in the first story.  How is it I can easily pray for someone and know nothing of the circumstances. I just hear the sirens and pray for all involved.  On the other hand, I can take a look at someone and find them unworthy. No, I can not end the story with Vickie Turner in the spotlight. Don't misunderstand me, I want to pass along lots of godly values to my kids, but ending there would make Vickie alone look good. I can't do that. I want to "give credit, where credit is due." I want to point to Jesus. Only He can clean this dirty heart and clear these judgmental eyes. Only He can give me a heart that wants to pray for people impacted by something that has triggered the sirens. Only He can change this judgmental heart, to one that oozes the love He would have it ooze.  Only He can give me a heart that loves ALL people.