This He Did Out of Sheer Love By Michael McKinley 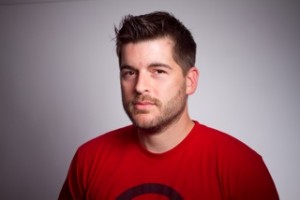 From Athanasius’ On the Incarnation of the Word of God (2.8). If you’re looking for a profitable spiritual exercise this Christmas, try reading through this and stopping to praise God for the truth described in each sentence here:

But now He entered the world in a new way, stooping to our level in His love and Self-revealing to us. He saw the reasonable race, the race of men that, like Himself, expressed the Father's Mind, wasting out of existence, and death reigning over all in corruption.

He saw that corruption held us all the closer, because it was the penalty for the Transgression; He saw, too, how unthinkable it would be for the law to be repealed before it was fulfilled. He saw how unseemly it was that the very things of which He Himself was the Artificer should be disappearing. He saw how the surpassing wickedness of men was mounting up against them; He saw also their universal liability to death. All this He saw and, pitying our race, moved with compassion for our limitation, unable to endure that death should have the mastery, rather than that His creatures should perish and the work of His Father for us men come to nought, He took to Himself a body, a human body even as our own.

Nor did He will merely to become embodied or merely to appear; had that been so, He could have revealed His divine majesty in some other and better way. No, He took our body, and not only so, but He took it directly from a spotless, stainless virgin, without the agency of human father—a pure body, untainted by intercourse with man. He, the Mighty One, the Artificer of all, Himself prepared this body in the virgin as a temple for Himself, and took it for His very own, as the instrument through which He was known and in which He dwelt. Thus, taking a body like our own, because all our bodies were liable to the corruption of death, He surrendered His body to death instead of all, and offered it to the Father. This He did out of sheer love for us, so that in His death all might die, and the law of death thereby be abolished because, having fulfilled in His body that for which it was appointed, it was thereafter voided of its power for men. This He did that He might turn again to incorruption men who had turned back to corruption, and make them alive through death by the appropriation of His body and by the grace of His resurrection. Thus He would make death to disappear from them as utterly as straw from fire.