You Asked: Why Is Faith Not a Work? by Matthew Barrett 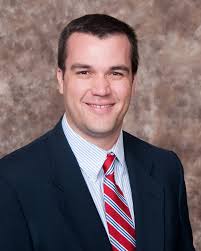 Editors' note: Send your theological, biblical, and practical ministry questions to This email address is being protected from spambots. You need JavaScript enabled to view it. along with your full name, city, and state. We'll pass them along to The Gospel Coalition's Council members and other friends for an answer we can share.

Edward B. from England asks,

We posed this question to Matthew Barrett, assistant professor of Christian studies at California Baptist University, as well as the founder and executive editor of Credo Magazine. His most recent book is Salvation by Grace: The Case for Effectual Calling and Regeneration (P&R, 2013). He is the author of several other forthcoming books, which you can read about at matthewmbarrett.com.

Let's begin with an analogy. When you walk into a dark room, what comes first, the appearance of light or turning on the light switch? As we perceive things, they seem to happen simultaneously. However, does one cause and logically precede the other? Absolutely. We all know that turning on the light switch brings about brightness in the room, not vice versa. The same is true in initial salvation. In Scripture, faith does not cause or bring about the new birth, but God's effectual call and the Spirit's work of regeneration produces faith and repentance.

To begin, we must remember that the unbeliever is pervasively depraved and therefore totally passive. Paul's description is sobering: "You were dead in the trespasses and sins in which you once walked" (Eph. 2:1). Therefore, spiritual resurrection is needed. We are like Lazarus, four days dead, lifeless, and rotting away in the tomb (John 11:17). Only the life-creating words of Christ can awaken our dead soul. Or to switch analogies, we need to be born again, or born from above, as Jesus told Nicodemus (John 3:3-8). Notice, birth is not a cooperative effort; the child is passive. He can take no credit in being born. Likewise, spiritual birth is completely and entirely the work of God.

Faith Is a Sovereign Gift from God

At this point, it might be tempting to think that effectual calling and regeneration are God's work, while faith is our work. Nothing could be further from the truth. Faith itself is a sovereign gift from God, and not merely one that he offers to us, hoping we will accept, but something he actually works within us. To quote my favorite Puritan divine, John Owen, "The Scripture says not that God gives us ability or power to believe only—namely, such a power as we may make use of if we will, or do otherwise; but faith, repentance, and conversion themselves are said to be the work and effect of God." In other words, God produces not only the will to believe, but the act of believing itself.

For example, in Acts 13 Paul preaches the gospel in Antioch. However, many Jews, filled with jealousy, revile Paul. In response Paul makes an astonishing proclamation: "It was necessary that the word of God be spoken first to you. Since you thrust it aside and judge yourselves unworthy of eternal life, behold, we are turning to the Gentiles" (13:46). Suddenly, the Gentiles break out in rejoicing and gladness: "And when the Gentiles heard this, they began rejoicing and glorifying the word of the Lord, and as many as were appointed to eternal life believed" (13:48). Notice, the text does not say "as many as believed were appointed to eternal life." Rather, Luke explains that God's election or appointment determined who would and would not believe. God, not man, determines who will and will not believe in Christ, and until God regenerates the sinful heart of man, he will not respond in faith and repentance (cf. Acts 2:37; 16:14; 18:10). Yes, we repent and believe, but we do so only because God has previously appointed us to eternal life and has, at the appointed time, caused us to repent and trust in his Son (cf. John 8:47; 10:26).

Nevertheless, we still must ask ourselves, what in Ephesians 2:8 is the antecedent of "that" ("this" in the ESV)? Paul is referring to the gift of salvation in its totality. Therefore, every aspect of salvation is by grace alone. What then should we make of "faith"? Sam Storms answers, "That faith by which we come into experiential possession of what God in grace has provided is as much a gift as any and every other aspect of salvation. One can no more deny that faith is wrapped up in God's gift to us than he can deny it of God's grace."

Likewise, consider Philippians 1:29-30: "For it has been granted to you that for the sake of Christ you should not only believe in him but also suffer for his sake." According to Paul, God, in his sovereignty, bestows suffering. But not only is suffering a gift, Paul also says belief (faith) in Christ is a gift as well. The wording is essential, for Paul specifically says "it [belief] has been granted." "Granted" (echaristhē) means to give freely and graciously. As Thomas Schreiner observes, it is the same word from which grace is derived. It does not mean, as our English language assumes so often, reluctance or mere permission on God's part. Rather, God grants belief or faith in Christ to those whom he has chosen.

Last, we cannot forget 2 Peter 1:1: "Simeon Peter, a servant and apostle of Jesus Christ, To those who have obtained a faith of equal standing with ours by the righteousness of our God and Savior Jesus Christ." Is it by man's will that faith is obtained? At first glance, that might appear to be the case. But in reality, Peter assumes just the opposite. When Peter refers to obtaining faith he is speaking of a gift that we receive from God and by God's choice. "What is of paramount importance here," Sam Storms says, "is the word translated 'have obtained' or 'have received.' It is related to a verb that means 'to obtain by lot' (see Luke 1:9; John 19:24; Acts 1:17). Thus, faith is removed from the realm of human free will and placed in its proper perspective as having originated in the sovereign and altogether gracious will of God."

We do not want to deny that faith is an act of believing on the sinner's part. However, faith is ultimately a divine work, not a human work. As John Calvin states in his Institutes, "Faith is something merely passive, bringing nothing of ours to the recovering of God's favor but receiving from Christ that which we lack" (3.13.5). Herman Bavinck is just as insightful: "He indeed grants us the capacity to believe and the power of faith but also the will to believe and faith itself, not mechanically or magically, but inwardly, spiritually, organically, in connection with the word that he brings to people in various ways."

In summary, while many other texts could be explored, these passages demonstrate that saving faith is sovereignly granted to the sinner and effectually applied within him. Therefore, we dare not call this initial faith in conversion a "work," lest we attribute to ourselves what should truly be credited to God. As we reflect on our conversion to Christ, we do not boast in ourselves, but give God, and him alone, all of the glory, praise, and honor.

Matthew Barrett (PhD, The Southern Baptist Theological Seminary) is assistant professor of Christian studies at California Baptist University (OPS), as well as the founder and executive editor of Credo Magazine. He is the author of Salvation by Grace: The Case for Effectual Calling and Regeneration (P&R) and co-editor of Four Views on the Historical Adam (forthcoming, Zondervan). He also edited Whomever He Wills: A Surprising Display of Sovereign Mercy. He is the author of several other forthcoming books, which you can read about at matthewmbarrett.com.