Where Did All These Calvinists Come From? by Matt Smethurst 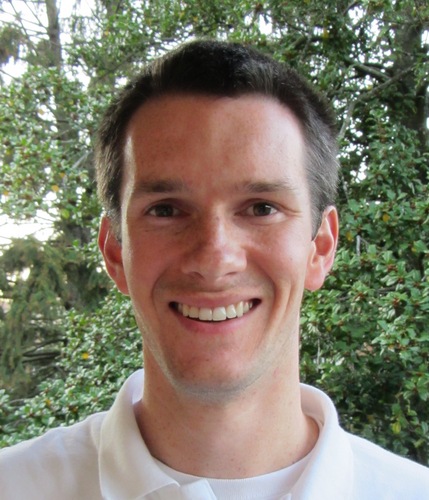 Seven years ago this fall, a young journalist named Collin Hansen wrote a cover story for Christianity Today titled "Young, Restless, Reformed: Calvinism Is Making a Comeback—and Shaking Up the Church." In it he remarked:

Partly institutional and partly anecdotal, [the evidence for the resurgence] is something a variety of church leaders observe. While the Emergent "conversation" gets a lot of press for its appeal to the young, the new Reformed movement may be a larger and more pervasive phenomenon.

Two years later, Hansen released his movement-defining book Young, Restless, Reformed: A Journalist's Journey with the New Calvinists (Crossway, 2008). Traveling to destinations like the Passion conference in Atlanta, Bethlehem Baptist Church in Minneapolis, Southern Seminary in Louisville, and Mars Hill Church in Seattle, he sought to tell the stories of young people discovering Reformed theology. (Hansen, now editorial director for The Gospel Coalition, has since reflected on the book and the movement here, here, and here.)

One year earlier in 2007, Mark Dever proposed in a series of blog posts 10 factors that sparked this resurrection of Reformed theology among younger American evangelicals.

Now six years later, the "young, restless, Reformed" movement has only grown. The fact you're presently reading The Gospel Coalition blog, which didn't exist as recently as 2009, offers additional evidence.

Last week, Dever dusted off his 2007 series and delivered it, with a few changes, as an hour-long lecture at Capitol Hill Baptist Church in Washington, D.C. "If there were so few self-conscious Calvinists in the 1950s," the pastor-historian asks, "how did we get so many today?" In what follows I offer a taste of his non-exhaustive, roughly chronological attempt to answer that question—12 sources God has used to reinvigorate Reformed theology in this generation (timestamps included).

Dever likens the 19th-century Baptist preacher to an underground aquifer "bringing the nutrients of early generations to those after him." Surprisingly, though, the "aquifers who brought Spurgeon to us" were countless 20th-century pastors—many of them anti-Calvinists—who enthusiastically commended his sermons.

"If you keep being told to buy Spurgeon, eventually you'll read Spurgeon," Dever says. "And if you read Spurgeon, you'll never be able to believe the charge that all Calvinists are hyper-Calvinists and cannot do evangelism or missions." Indeed, the Prince of Preachers seemed about "as healthy and balanced as a Bible-believing Christian could be." It's an irony of history that many of the ministers who "now decry what young Calvinists believe are the ones who recommended Spurgeon to them."

Though lesser known in America than in Britain, "the Doctor" had a preaching ministry for more than 50 years that "shaped countless thousands of Christians" in the mid-20th century. "Even if many born in the 1970s and 1980s haven't heard of Lloyd-Jones," Dever remarks, "chances are their ministers have, and have been influenced by him. Both John Piper and Tim Keller have offered eloquent testimony to 'the Doctor's' influence on their own preaching."

A pastor of enormous influence, Lloyd-Jones was "the one man in 1940s, 1950s, 1960s British evangelicalism you had to deal with." As Dever recounts, "No other figure in the middle of the 20th century so stood against the impoverished gospel evangelicals were preaching—and did it so insightfully, so biblically, so freshly, so regularly, so charitably—all without invoking a kind of narrow partisanship that wrongly divided the churches."

Have you ever read a Puritan book? Chances are you can thank Banner of Truth. In 1957 Iain Murray and others with a shared vision and budget began reprinting classic Puritan and Reformed titles. "No such editions from the English-speaking tradition had been popularly published for a century," Dever explains.

Motivated by truth more than by sales, the Banner's "assiduous work in publishing in the 1950s and 1960s and 1970s has clearly helped to bring forth a harvest in the 1980s and 1990s and still today." The libraries of pastors today are filled with books written centuries earlier due in large part to this vital publishing ministry.

The charge that "Calvinism kills missions and evangelism" has long been leveled against Reformed theology. Therefore, Dever believes, an "unlikely aide" to the Reformed cause—and probably least expected of all his sources—was the widespread popularity and apparent success of Evangelism Explosion. Created by a Reformed pastor (D. James Kennedy) and promoted through a Reformed church (Coral Ridge Presbyterian) beginning in 1962, this evangelism program became a "quiet but telling piece of counter-evidence against the stereotype of Calvinism killing evangelism."

Born out of theological controversy in 1973, this denomination's official doctrinal standard is a revision of the Westminster Confession of Faith—a document "so associated with the history of Calvinism," Dever suggests, "it could almost be said to define it in the English-speaking world."

"By the late 1990s," he recalls, you could virtually assume the "most seriously Bible-preaching and evangelistic congregations near major university campuses would not be Bible churches or Baptist churches, but PCA congregations." From the success of various seminaries to the influence of Reformed University Fellowship (RUF) on campuses to Tim Keller's ministry in New York City, it's clear the "organizing and growth" of the PCA has been a major contributing factor to the Reformed resurgence.

First published in 1973, this Anglican evangelical's landmark book Knowing God has been read by hundreds of thousands of Christians. In fact, Dever surmises, it's probably "the most substantial book of theology" many American Christians have ever read. The "current grandfather of this Reformed movement," Packer's voluminous body of work over the past 60 years has made him one of the "clearest and most popular theological tutors of Christians who grew up in the evangelicalism of the 1980s and 1990s."

Thanks in part to the advent of new technologies like cassette tapes, radio broadcast, CDs, and digital audio files, the teaching ministries of these two men have enjoyed remarkably far-reaching effect for more than four decades. "Their conferences are attended by thousands; their books are legion; their characters are, by God's grace, unquestioned," Dever states. "More steady than spectacular, more quiet and consistent than sudden and electrifying," the manner of their labor smells of Wesley more than Whitefield. Thousands of contemporary Calvinists cut their theological teeth on the teachings of Sproul and MacArthur and their respective ministries, Ligonier and Grace to You.

"This is the one you're all waiting for," Dever quips. Though he hesitates to say so given the stature of the foregoing sources, Piper is probably "the single most potent factor in this recent rise of Reformed theology." Dever explains:

All the previous factors are part of the explanation, but they are part of the explanation for how the wave became so deep, so large, so overwhelming—all preparing the ground, shifting the discourse, preparing the men who would be leaders in this latest resurgence. But it has been John who is the swelling wave hitting the coast. It is John who is the visible expression of these earlier men. He is the conduit through which many of them now find their work mediated to the rising generation.

Through Piper's sermons, books, and appearances at conferences like Passion, his and Desiring God's role in the contemporary resurrection of Reformed theology can scarcely be overestimated.

The first time I met Dever, the stairs leading up to his study buzzed beneath my feet. Opening the door, I was startled to hear hip-hop music blaring through the speakers of an old boombox in the corner. "Hi, I'm Matt," I shouted. I had no clue how Cambridge grads rolled.

There are groups of young people all over the place, in less-than-healthy churches, who are being taught and equipped theologically by these artists. Even our intern program has served our church in ways we never intended. Shai Linne, Trip Lee, Brian Davis [God's Servant], and others have given our congregation a much closer look at and acquaintance with this part of the Reformed resurgence.

Many of the parachurch ministries that dominated the mid-20th century evangelical landscape had either a Reformed heritage that faded (e.g., InterVarsity, Christianity Today, Southern Seminary) or none at all (e.g., Campus Crusade, various mission agencies). But in the last 20 years, Dever points out, the tide has turned.

In addition to the remarkable theological recovery at Southern Seminary under the leadership of Albert Mohler, Reformed influence has been steadily reaching church leaders (e.g., 9Marks, Acts 29, Together for the Gospel, The Gospel Coalition, Redeemer City to City), college campuses (e.g., RUF, Campus Outreach), and lay people (e.g., World) alike. All of these organizations, Dever explains, have "either explicitly or implicitly public commitments to Reformed theology," presenting young Calvinists with "ministries they trust" and equipping them with solid resources for both their churches and themselves.

12. The rise of secularism and decline of Christian nominalism (59:36)

"There's no reason my Arminian friends should disagree about the effect of any of the previous 11 influences I've noted," Dever contends. Number 12, however, is another story.

This final two-pronged factor has served to "shape a theological climate in which weaker, more pale versions of Christianity fade and in which more uncut, vigorous versions thrive." Arminian theology, Dever fears, is too frail to be helpful. "In a nominally Christian culture, Arminianism may appear to be a satisfying explanation of the problem of evil," he admits. "But as the acids of modernity have eaten away at more and more of the Bible's teachings and even presuppositions about God, that explanation has proven woefully insufficient to more radical critics."

Dever's conclusion is worth quoting at length:

This world's increasingly open and categorical denials of God and his power will likely be met not by retreats, compromises, edits, and revisions, but by awakenings and rediscoveries of the majesty and power of the true God, who reveals himself in the Bible, the God who made us and who will judge us, the God who in love pursued us even to the depths of the incarnation and the humiliation of the cross. This is Christianity straight and undiluted, and the questing, probing spirit of the rising generation has, by God's grace, found this rock.

The contemporary resurgence of Calvinism is a phenomenon many celebrate, many lament, but none can deny. May Christ grant us grace to press forward in a hostile world with truth, humility, unity, and love.

Matt Smethurst serves as associate editor for The Gospel Coalition and lives in Louisville, Kentucky. You can follow him on Twitter.