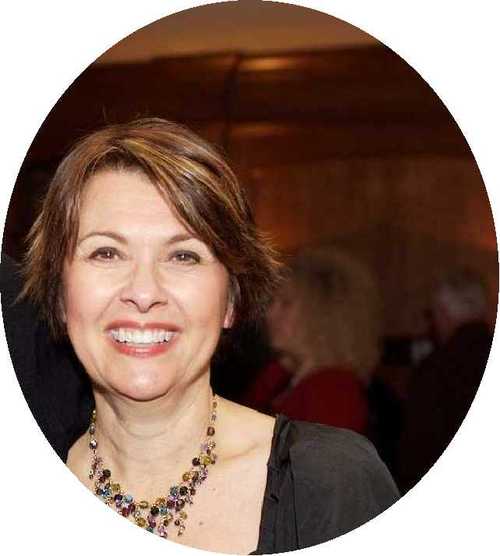 When I was a child in Sunday school, I would ask searching questions like ''Angels can fly up in heaven, but how do clouds hold up pianos?'' and get the same puzzling response about how that was not important, what was important was that Jesus died for our sins and if we accepted him as our savior, when we died, we would go to heaven, where we'd get everything we wanted.

Some children in my class wondered why anyone would hang on a cross with nails stuck through his hands to help anyone else; I wondered how Santa Claus knew what I wanted for Christmas, even though I never wrote him a letter. Maybe he had a tape recorder hidden in every chimney in the world.

This literal-mindedness has stuck with me; one result of it is that I am unable to believe in God. Most of the other atheists I know seem to feel freed or proud of their unbelief, as if they've cleverly refused to be sold snake oil. But over the years, I've come to feel I'm missing out. My friends and relatives who rely on God -- the real believers, not just the churchgoers -- have an expansiveness of spirit. When they walk along a stream, they don't just see water falling over rocks; the sight fills them with ecstasy. They see a realm of hope beyond this world. I just see a babbling brook. I don't get the message. My husband, who was reared in a devout Catholic family and served as an altar boy, is also firmly grounded on this earth. He doesn't even have the desire to believe. So other than baptizing our son to reassure our families, we've skated over the issue of faith.

I assumed we had stranded our 4-year-old son Luke in the same spiritually arid place we'd found ourselves in. When my husband went to Iraq for several months, I thought Luke and I were in it together, a suddenly single mom and a nervous boy whose daddy was in a war zone. I was numb with anxiety when I talked to my husband on his satellite phone; yet Luke was chatty and calm. He missed his daddy, but he wasn't scared. He wanted to see pictures of Dad holding an AK-47. I thought he was just too young to understand.

Then one night Luke and I were watching television, and a story flashed on about a soldier home on leave for his wedding. I tried to switch the channel, but Luke wanted to see, so I let him, thinking, It's a wedding; it's fine. But the soldier started talking about how afraid he was of going back, how dangerous it was in Iraq. Out of the corner of my eye, I saw Luke steeple his fingers and bow his head for a split second. Surprised, I said, ''Sweetheart, what are you doing?'' He wouldn't tell me, but a few minutes later, he did it again. I said, ''You don't have to tell me, but if you want to, I'm listening.'' Finally he confessed, ''I was saying a little prayer for Daddy.''

''That's wonderful, Luke,'' I murmured, abashed that we, or our modern world, somehow made him embarrassed to pray for his father in his own home. It was as if that mustard seed of faith had found its way into our son and now he was revealing that he could move mountains. Not in a church or as we gazed at the stars, but while we channel-surfed. I was envious of him. Luke wasn't rattled, because he believed that God would bring his father home safely. I was the only one stranded.

Some people believe faith is a gift; for others, it's a choice, a matter of spiritual discipline. I have a friend who was reared to believe, and he does. But his faith has wavered. He has struggled to hang onto it and to pass it along to his children. Another friend of mine never goes to church because she's a single mother who doesn't have the gas money. But she once told me about a day when she was washing oranges as the sun streamed onto them. As she peeled one, the smell rose to her face, and she felt she received the Holy Spirit. ''He sank into my bones,'' she recounted. ''I lifted my palms upward, feeling filled with love.''

Being no theologian, and not even a believer, I am not in a position to offer up theories, but mine is this: people who receive faith directly, as a spontaneous combustion of the soul, have fewer questions. They have been sparked with a faith that is more unshakable than that of those who have been taught.

After I saw Luke praying for his father in Iraq, I asked him when he first began to believe in God. ''I don't know,'' he said. ''I've always known he exists.'' My husband did return from Iraq safely, but if something had happened to his father, Luke would have known Dad was in heaven, waiting for us. He doesn't suffer from a void like the anguished father in Mark 9:23-24: ''Jesus said unto him, If thou canst believe, all things are possible to him that believeth./And straightway the father of the child cried out, and said with tears, Lord, I believe; help thou mine unbelief.'' For Luke, all things are possible. At the end of his life, he will be reunited in heaven with his heroes and loved ones, Mom and Dad and George Washington, his grandparents and Buzz Lightyear. Luke's prayers can stretch to infinity and beyond, but I am limited to one: Help thou mine unbelief.

Dana Tierney is working on a novel set in a plantation house in Tidewater, Va.