The Long Drive by Brent Bailey 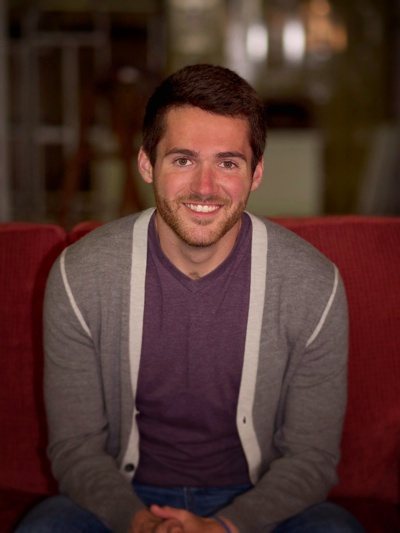 From time to time, people will travel long distances to join The Marin Foundation for a Living in the Tension event. Folks will drive literally hours each way on a weekday, sometimes lodging the night in Chicago, just for the chance to engage questions of faith and sexuality for a few hours with others who are comfortable having the conversation.

Some do so on a regular basis. Often, these people are Christians seeking space to honestly think and process—a gay student from a Christian university, for example, or two parents whose daughter just came out to them—and they don't feel comfortable doing so in their particular home churches, so they make a pilgrimage to find a safe place where their questions and emotions won't seem foreign or unwelcome. The staff at The Marin Foundation goes out of their way to welcome these travelers, often arranging personal meetings and meals with them to make their visit worth the journey, and it's always gratifying to see how nourishing the experience can be for people who are otherwise isolated and alone in their hometowns. Offering a haven for weary pilgrims is one of my favorite parts of the job, and it's wonderful to work for an organization whose mere existence often provides hope for people who can't find it elsewhere.

Nevertheless, it always strikes me as a bit tragic when making the long journey to one of The Marin Foundation's events really is someone's most viable option for expressing themselves to other people who are prepared to listen. Don't get me wrong—I think what happens at these events is remarkable, and I sincerely hope people will continue making the long drive—but it's hard to say "goodbye" to a family when I know they're driving home to a church that can't or won't provide the pastoral care their situation requires. Many conservative Christian churches unintentionally maintain a culture of silence on homosexuality, and you might not notice that silence until questions about homosexuality interrupt your life—when you start to acknowledge you might be gay, for example, or when your son brings his boyfriend home for Thanksgiving. That's when the silence becomes deafening and when the church that has always served as your refuge begins to feel less like home. We've heard this time and time again from parents who have interviewed for The Marin Foundation's Parent Resource Initiative; when their children came out, they found themselves seeking support in new places with unfamiliar people because turning to the churches they loved wasn't an option.

This is a problem, no, a crisis, so I'm issuing a call to church leaders in conservative churches: The time has come to talk about homosexuality with your church. (I'm using the phrase "church leaders" in the most inclusive sense here, e.g. pastors, preachers, small group leaders, mentors, people of any sort of influence.) There was a time a few decades ago when it may have felt like homosexuality was something that only concerned liberal people making adult decisions in liberal metropolises outside of the church, a time when talking about homosexuality seemed irrelevant to conventional pew-dwellers. But we know now that's not the case at all, right?—we know now that it affects young teens whose sexuality is blossoming, it affects moms and dads and brothers and sisters, it affects many committed in opposite-sex marriages, and, yes, it affects plenty of "good Christians" who love God and seek active relationship with God.

So, it's time to start talking about this, and I want to clarify the kind of talk I'm advocating. I don't mean to say the time has come for your church to assert or re-assert its sexual ethics, unless it's going to do so in a consistent way that calls everyone in the congregation to an equally strict standard of behavior. If you're concerned about sexual sin in your church, you'll almost certainly find gay sex isn't the most prominent temptation within your ranks. I also hope we know better than to talk about homosexuality as if it's an external foe invading its way into our homes and churches. When that kind of antagonistic language abounds, it makes those people who may be gay themselves or who are connected to gay people feel like they're the church's enemies, since it's impossible to talk about homosexuality without implicitly talking about homosexuals. If homosexuality is a foreign intruder into your congregation, then gay people and their families find themselves becoming unintentional Trojan horses.

Think of this less as a doctrinal issue, then, and more as a pastoral care issue. The conversation about homosexuality certainly doesn't stop even if everyone in your church believes the same doctrines about sexuality. If your church endorses a "Come As You Are" policy or welcomes people into the sort of intimacy that requires honesty (and I truly hope it does), then your church will inevitably find itself in the position of walking with individuals and families whose lives directly connect with nontraditional sexuality. The best sermons (or small group discussions, or Bible studies) I've heard about homosexuality are the ones that don't dwell in the verses that address gay sex; instead, they meditate on the most urgent questions Christians are asking today: How do I demonstrate love to someone who tells me they're gay? How do I RSVP to my lesbian aunt's wedding invitation? How should a Christian respond to what the Supreme Court decided? You won't cover everything, and you absolutely don't need to, because the goal here is merely to show people these words aren't unutterable under the church's roof. (There's a good chance the pulpit isn't the best place for this discussion to start. You might find it fits better in smaller or more conversational settings.)

I totally comprehend, and genuinely appreciate, the fact that many leaders avoid talking about homosexuality because they don't want to talk about homosexuality poorly. They see the way other Christians have done harm, or maybe they admit how they themselves have done harm, and they decide it's it's too risky to bring up the topic when harm seems inevitable. They don't want to be part of the problem. Unfortunately, the problem isn't that many Christians talk about homosexuality poorly. The problem is that many Christians don't talk about homosexuality well, and that includes both talking poorly and not talking at all. A culture of hatred and insensitivity is toxic, but a culture of silence and timidity is differently toxic. In each case, people are unwelcome and isolated. If you feel unprepared to address the topic from your position of influence, the answer is not to avoid the topic. The answer is to find ways to prepare yourself to address the topic or to make space for people who are prepared to address it. Find ways to learn, or give the mic to people who are learned, but by no means is the toxin of silence any sort of antidote for the toxin of hatred.

Nobody's pretending this will be easy. Talking about homosexuality with your church is going to be difficult, as it is with any delicate topic—maybe extraordinarily difficult, depending on the context—and people will say things they probably ought not to say. Conflict in churches is scary and messy, sometimes ugly, and raising an issue with this much social and political baggage will undoubtedly evoke strong opinions and stronger emotions. If polls from the Pew Research Center about opinions toward same-sex marriage give us any predicting power, there's a good chance the conversation might make severe generational divides in your church apparent, since there are chasms of difference in opinion between different age groups about legalizing same-sex marriage. If your church has learned through the years that it's easier to avoid explosive topics, you'll face resistance from people aiming to maintain that precarious cohesion. Many will criticize the person who starts the conversation; in one ear, some will say you've gone too far, and in the other ear, some will say you've not gone far enough. Many will be uncomfortable, and they might express that discomfort in unhelpful ways. This is all to be expected and isn't a sign that things are going wrong.

Lest this all start sounding too dire, take courage! To be honest, I was a bit inaccurate when I said it's time to start talking about homosexuality. What I should have said is that it's time to join the conversation already occurring at churches around the world about homosexuality. There are many congregations—in your denomination, even—who are handling this magnificently, even if people in those churches occasionally say things they regret or find themselves outside their comfort zones. Taking the risk of doing something difficult is always much scarier in our imaginations than it is in reality, and it's encouraging to know there are other churches who have taken the risk and begun to see the positive results of their efforts. We don't submit things to God by keeping them in darkness. We submit things to God by bringing them into the light, and you're in a position to bring people from the darkness of secrecy and loneliness into the light of honesty and intimacy. It's all part of the life of the church as God designed it: the sharing each other's burdens, the crying with the criers and laughing with the laughers, the loaning each other vacuums and eating at each other's dinner tables.