Seeking Worship that Resembles the Complexion of Heaven by George Robertson 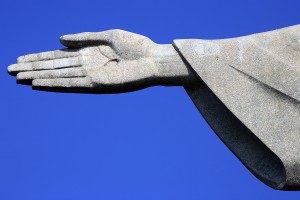 “Lord, cause our church to resemble the complexion of heaven.”

For the last 20 years of ministry I have been praying this prayer. And because I’ve pastored two churches humbled by nasty splits, the staff and officers have eagerly prayed the same.

The church I pastored previously was in the center of an upper-class township that was 99 percent white. So when the first black family in our 60-year history visited, they were swarmed with welcomes. After they joined, the wife asked me, “Is your church always this friendly or is it just because we are black?” I answered honestly, “Linda, this is a friendly church, but the truth is we have been praying a long time for you to come!”

Everything in downtown Augusta is different from Town and Country, Missouri. Our median income is $17,000, and 85 percent of our residents are African American. But 10 years ago our church demographics were the same as the suburban church in St. Louis: upper-middle class, mostly white, with no members living in the church’s neighborhood.

How It All Began

It all starts with gospel renewal. As God has brought revival to us here at First Presbyterian Church (FPC), the gospel has compelled us to reach out to our “Jerusalem” known as Olde Town. With Jehoshaphat we have prayed, “Lord, we do not know what to do, but our eyes are on you” (2 Chron. 20:12).

A book title at the time, Love Walked Among Us, gave us an idea for how to start. As a congregation we began going on prayer walks through the urban core. As we observed needs, we either addressed them on the spot or organized and ministered to them later. Eventually members began moving downtown, renovating old houses and “re-neighboring” our community. Out of this incarnational awareness of need, numerous ministries have emerged: Heritage Academy, Christ Community Health Services, New Town youth ministry, Reaching Higher Tutoring, College for Kids, Arrow Institute of Art, City Hope Alliance Community Development Corporation, Urban Leadership Initiative, Vision Pathways leadership development, Fireside vocational ministries, Hope Ballet, and Hope for Augusta children’s ministries. Interracial friendships have emerged from these efforts. Another blessing has been that black brothers and sisters are attending and joining our church.

As friendships have developed among a diversity of races, ages, and socioeconomic levels, we’ve been able to get honest answers to questions like, “How could this, your new church, become an even better home for you and the friends you want to invite?” While our pastors and elders have asked such questions to individuals and small focus groups, we recently hosted a “Diversity in Worship Summit” with the largest and most diverse group gathered thus far. The insights of these diverse leaders in our ministry were so helpful that I thought they should be shared with others pursuing the same gospel priorities.

What Our Surveying Has Shown

The most common reason for choosing to stay at FPC was that each one felt “welcomed” by members of the congregation. Several said that FPC members seemed “genuinely interested in who I am.” As newcomers to a predominantly white church, the welcome was so warm that they lost their “fear of being judged” if they didn’t do something the “right way.” The most commonly mentioned venue in which that welcome occurred was the Passing of the Peace, a time in the middle of the worship service when we respond to the assurance of pardoning grace by greeting one another with, “The peace of Christ be with you.”

When asked what they appreciated most about a typical morning worship service, the answers were:

Beyond warmth of welcome, though, there were several insights into what efforts have continued to communicate that non-majority culture members are highly valued:

“people leading up front who look like me”
“enthusiasm/genuine emotion in whomever is leading or singing or playing”
“efforts, however stumbling, to appreciate my background” (e.g., singing in different language, drums, B3 organ, spirituals, rhythm and blues)
“mentioning in prayer that we want to have at least 400 people of color attending by 2020”
When asked what might repel non-majority attenders someone said:

“the demand to think throughout the service vs. one long emotional experience”
“quiet vs. whooping or Amening”
“unintentional racial stereotyping”
“predisposition to feeling stereotyped”
When asked what could enhance the musical experience of non-majority members, the most common suggestions were:

“drums”
“more instrumentation” (trumpets, trombones)
“wider variety of tune styles for hymns” (like Ascend the Hill provides)
“more a capella singing to hear each other’s voices”
All agreed that hymns were the most unifying tool for worship. Though the text of the hymn was most important to all the leaders, and familiar tunes helped recall warm memories from their childhood experience of church, all were also open to new tunes. I urged all the participants to provide suggestions for hymns, musical styles, and instrumentation.

I closed the meeting with some insights I recently gained from Scott Aniol’s article “Evangelical Worship and the Decline of Denominationalism” (2015). Weaving together research found in a number of other recent studies, Aniol notes that a survey of 14 denominational hymnals from 1978 to present found 149 common texts (from the fourth to the 20th century) and 179 common tunes. Other surveys of older hymnals dating back to 1737 identified around 30 hymns that appeared in most of those hymnals. His conclusion was that psalmody, hymnody, and liturgy unite across denominational lines without diminishing theological matters.

There is a core of hymns that are transdenominational since they emphasize the liberating power of the cross despite all opposing forces, as well as basic Christian themes like the power of Jesus, prayer, and God’s love. Contemporary praise and worship music, associated with the charismatic movement (which now characterizes the musical style of 51 percent of evangelical churches of all denominations) has tended to divide since it tends to elevate stylistic matters and cultural demographics over theology.

So together we concluded the following big ideas for our continuing pursuit of worship that resembles the complexion of heaven:

We must be proactive in welcoming newcomers. For us this includes initiatives like placing diverse “welcome team” members at every entry point and major junction who not only greet with a warm smile but invite the opportunity to meet any need (they wear a lanyard around their necks that reads “Ask Me!”). It means continuing to reserve a portion of the precious time we have in our 75-minute worship services for “passing the peace.” And it means enlarging our “Welcome Center” significantly so that it becomes a prominent architectural feature to communicate the welcoming nature of the gospel, rather than an add-on space to an old historic building.

We must maintain the gospel-centeredness of every worship service, text, creed, and sermon. And we must look for those common hymns and tunes that have historically united the church.

We must design each worship service uniquely so that over the course of the year we are consciously including a diversity of musical styles, instrumentation, volumes, languages, and leaders.

George Robertson is senior pastor of First Presbyterian Church of Augusta, Georgia, and a Council member of The Gospel Coalition.