The Joy of Jesus Part 2 by Robert Law 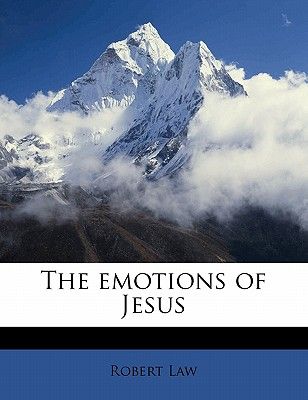 2. The Joy of Obedience.

In bringing to men a new conception of God, Jesus revealed also a new obedience, new not in its perfection only, but a new type, free, reasonable, spiritual, springing from community of spirit and purpose, responding to the will of God as a son's to a father's; and therefore joyful.

Obedience is not in itself a joy. It is not to the drudge, to the slave under the task master's whip. It was not in the hard, legalized Judaism of our Lord's time. The Pharisees were scrupulous in their obedi ence ; it might even be said that their delight was in the Law of the Lord. But to them the Law did not represent a really moral ideal to be embraced with all one's heart and soul and strength ; it was not the expression of the character and will of God as intrinsi cally loving and righteous. God was very much a supreme dictator issuing arbitrary decrees to test the obedience of His subjects ; His Law a statutory requirement, the chief use of which was to enable men to pile up merit in the eyes of the Divine Potentate. One of the deep joys of Jesus was to be Himself free, and to emancipate others, from this merely external, mechanical, servile relation to the Will of God. He toiled at the Father's work as no Pharisee of the Pharisees ever did. But the idea of merit has no place in the spirit of Jesus ; it be longs to a quite other plane. He obeys be cause He loves the things the Father loves, and hates those the Father hates, and wills all the Father wills, as most holy, wise, and good ; and unites Himself in spirit and truth with the Father's purpose. This, Jesus Himself declares, was His joy. Daily, hourly, to respond to every intimation of the Father's will, to take up and finish another portion of the Father's work, to make Himself the channel of the Father's pitying, patient, mighty love to men—this was in life and death His ruling passion, His " meat " that so satisfied and regaled His whole nature as to make Him forget weariness, hunger, and thirst. For this He went to the wilderness, to the crowded city, to the cross and the grave.

It is true that this is a joy which is won only through the birth-pangs of pain. There must be a saying " no " to self, that we may say " yes " to God. And it was so for our Lord Himself. He was tempted in all points like as we are — tempted, really tempted, to take the short way and the easy way rather than God's long and toilsome way. Once at least, as we read, there was a "but" between His will and the Father's ; once it was not " Thy will and Mine," it was " Not My will, but Thine be done." And that "but" was crimsoned with the blood of Christ's soul. It marks the uttermost triumph over self, the point beyond which self-surrender absolutely can not go—only so could He exhaust the possi bilities of obedience, and His victory become potential victory for every man. Yet even here, not to mark the prevalence of joy would be to misconceive entirely the spirit of Jesus. Could we have heard that "Thy will be done," we should have heard no groan of reluctant submission, no sob of acquiescence wrung from an exhausted will ; no, nor any robustious shout of triumph. It was the low yet glad and loving "yes" which in that last struggle Jesus whispered into the Father's ear, not the nay-saying but the final yea-saying of life, its attainment to the supreme joy in self-surrender to the Divine purpose of life through death.

All the masters of the spiritual life declare with one consent that only in such union with the Will of God is the perfect joy. My revered teacher, Principal Cairns, from his death-bed sent the message to his students : " Tell them that the chief thing is to forget self utterly in the service of great cause." The secret of life, says another, is "freedom from pride, prejudice, and self; absolute simplicity of truth ; resignation to the order of the world and to the Divine Will, and not resignation only, but active co-operation with them, according to our means and strength, in bringing good out of evil and truth out of falsehood. He whose mind is absorbed in these thoughts has already found life eternal. He may be a cripple or blind or deaf. His home may be a straw-built hovel ; but he has learned to see and hear with another sense, and is already living in the house not made with hands." Herein lies the true joy of life. Without this a man may be various things. He may be a drudge, a hewer of wood and drawer of water, an animated tool to be thrown on the scrap-heap when it is broken or blunted. He may be an egotist, who sets himself on a pedestal and wonders why men do not see his greatness : " a selfish, feverish little clod of ailments and grievances, complaining that the world does not devote itself to making him happy." But the only way to joy is to rise above self; and the only real way to rise above self is by getting to God, uniting ourselves to the Infinite Good, for which we are made. This is the joy of Jesus ; and it is a joy—the one joy—we may all possess. It is a joy which may shine for us in the humblest details ' of daily duty. You can unite yourself with the Infinite, live the Eternal Life, by doing the most transient task in the spirit of Christ. At one time I knew an old labourer, a member of my congregation, whose task, year in year out, was to trundle a wheelbarrow. After his death, some of his fellow-workmen told that when at his work he had a habit of talk ing to himself ; and when they listened they would sometimes hear this—" The chief end of man is to glorify God, and to enjoy him for Was it not sublime ?—a man thinking of the chief end of man and the glory of God between the shafts of a wheelbarrow. He found the Infinite, found Life Eternal, in his poor daily employment. So may you. Yet none of us is limited to "the trivial round, the common task." We have all a larger part to take in the building up of the Kingdom of God. We are solicited and called in many directions to lay our lives alongside of God's great work in this world, in the work of the Church, in its missionary enterprises at home and abroad, in all that makes for social, civic, political, and industrial progress. We have to create a community without slums for the poor and unnecessary perils for the weak, without conditions that make virtue gratuitously difficult, vice easy and certain ; a community of truth and holi ness and love, a city of God. We have to labour on to bring in the " Christ that is to be." And this is joy—the service of duty in the spirit of love, the service of God and of man in the spirit of Jesus. This is life, this alone satisfies. And of this we may have as much as we please ; it is the only thing of which we may have as much as we please. Be sure that if we are not getting what we want out of life, it is because we do not want the best. The best is unlimited. " These words have I spoken unto you, that My joy may be in you, and that your joy may be filled full."