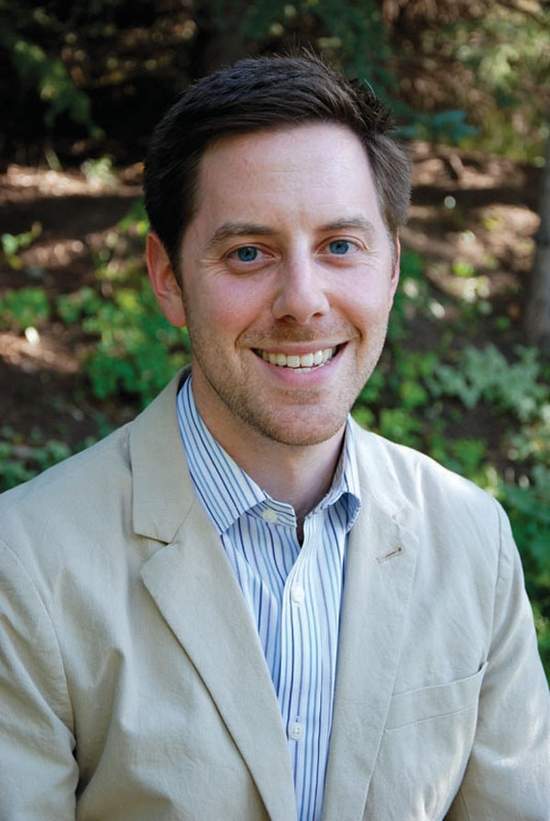 The day after Halloween, while watching TV with my wife, I was stunned when a commercial came on for holiday shopping with its telltale Christmas carol soundtrack. "It's only November first!" we said to each other. "Thanksgiving is still three weeks away! How can there already be Christmas commercials?" (Kudos, by the way, to Nordstrom's "one holiday at a time" policy.)

Don't get me wrong. I have nothing against Christmas, and I want no part in any "War on Christmas" or "War on the War on Christmas," as Stephen Colbert puts it. Rather, I take issue with how Christmas is commodified and distorted in our culture.

In 1956, Rabbi Maurice Eisendrath, then president of the Reform Jewish denominational movement, gave a national holiday address on NBC Radio titled "A Rabbi Looks at Christmas." Eisendrath called upon his fellow Americans to imagine what it would look like if Jesus were to return. How would that exemplar of love and self-sacrifice, that champion of the poor, the sick, the downtrodden - how would he react to today's America?

The prognosis was not good. In Eisendrath's words: "If Jesus remained until the day after Christmas, or the week to follow, he would observe the creeping back of sickness, starvation, stalking premature death, which even Christmas baskets and Christmas toys and Christmas cheer for the hundred or the thousand or the million 'neediest cases' had failed to stay. And as Jesus would wander from house to house, to note on the one hand Christmas trees bent low with gifts so lavish that they would provide sustenance for many a family for many a year and dinners so sumptuous as would snatch from starvation not a few whose death from malnutrition is sealed even on Christmas day, the conviction would grow upon him that more wicked and selfish and greedy and sinful is this generation than the one which sent him to the cross."

Take a breath - those are harsh words. There are many good people who gather with their families for Christmas and who donate coats and toys to families in need at holiday time. Indeed, my congregation and I encourage our community to participate in precisely these efforts locally.

But we ought not hide from the uncomfortable truths in Eisendrath's words, which confront anyone who purports to celebrate Christmas. If Christmas is just a once-a-year display of convenient charity, is it authentic? If it involves only holiday parties and holiday sales but doesn't call us to sacrifice and service, is it much more than a paganized winter festival mixed with conspicuous consumerism?

Perhaps you're wondering why I, a rabbi, would scrutinize Christian practice in this way.

First, as a Jew, I feel a spiritual kinship with Jesus and his teachings. When he called his followers to "love your neighbor as yourself," he was quoting the Torah. "When he summed up his message for his disciples," as Bill McKibben wrote in Harper's, August 2005, "he said the way you could tell the righteous from the damned was by whether they'd fed the hungry, slaked the thirsty, clothed the naked, welcomed the stranger and visited the prisoner."

My Jewish ears hear in these words the voices of the Hebrew prophets, who similarly inspired and provoked their communities toward the difficult work of love and justice. Leaving aside the issues of his divinity and messiahship, I believe Jesus was an heir to the prophetic voice of Hebrew Scripture, urging his generation to follow a different path than the corruption, greed and selfishness that seduce us still.

Second, as a religious leader, I'm concerned about the state of religion in America. Not unlike Jesus' generation, hypocrisy abounds today among some of our most public religious figures and institutions. Instead of training our minds and hearts to heed the prophetic call, much of American religion is hawked as self-help bordering on narcissism.

In McKibben's estimation, "We have made golden calves of ourselves - become a nation of ... self-obsessed idols. ... When Americans hunger for selfless love and are fed only love of self, they will remain hungry, and too often hungry people just come back for more of the same."

The tragic irony of Christmas, then, would be if it encourages self-indulgence, rather than self-examination in light of the teacher whose birth it claims to commemorate.

The British writer G. K. Chesterton said, "Christianity has not been tried and found wanting; it has been found difficult and not tried."

When I hear people refer to America as a Christian nation, I think to myself: a country rooted in love and justice, a country whose people lift each other up when we fall, whose children never go hungry and whose sick find the healing they seek? Sign me up for citizenship in that nation.

So it goes for Christmas, too - a holiday that not only sings songs about "peace on earth, goodwill to men," but actually inspires its adherents to pursue those lofty goals actively in their daily lives? A celebration that reminds us to do unto others as we would have them do unto us?

That's a holiday I would welcome hearing about the day after Halloween - and every day. Rabbi David Segal, of the Aspen Jewish Congregation, can be reached at 970-925-8245 or This email address is being protected from spambots. You need JavaScript enabled to view it.. He blogs at www.aspenjewish.blogspot.com.