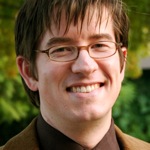 The last few years, I've been reading and writing on ecclesiology. It's a funny topic, one capable of being at one moment dull, at the next incendiary.

Plenty of books merely re-hash standard material and parse terms ever more finely. If you're like me, your eyes glaze over when discussions of the church devolve into turf wars, sorting out denominational distinctives or establishing some kind of sanctified ecclesial edition of Robert's Rules of Order.

To say "church" ought not conjure images of stuffy bureaucracy but instead call to mind the God who called a nothing people to himself, gathered them around his Son, filled them with his Spirit, and sent them to proclaim his name among the nations. The best stuff in ecclesiology situates the church in the economy of redemption, and sees it for what it is—the Spirit-filled sign, foretaste, and entry point into God's kingdom come in Jesus.

So in that spirit, here is an idiosyncratic list, to be sure, not any kind of summative list of the greatest ecclesiological texts, but one that might suggest satisfying reading. The list is in alphabetical order according to author.

Abraham surveys a fascinatingly diverse set of programs for renewal in the last half-century, arguing against all of them that the church's renewal is not a matter of epistemological adjustment but of return to the means of grace. If he unnecessarily pits these two against one another, his diagnostic of the problem (over-intellectualization) and prescription of a remedy (a patient waiting in the means of grace the Lord has appointed) is exactly right.

Barth had been invited to observe Vatican II, but was prevented by illness. After a summer of careful study, he spent a week in Rome talking through a series of clarifying and critical questions. Here we see a sympathetic Protestant who is hopeful, curious, fraternal, and always incisive. The council called for aggiornamento, "updating" or "accommodation," and Barth anticipated the rancorous debate over its meaning by asking, "'Accommodation' to what?" Is this about the church's renewal in light of its founding revelation, or in light of the modern world?

Lots of polemic here, but also some of the richest reflections on the nature of the church in light of Scripture and the work of the Spirit. Ever. Calvin may be the best when it comes to seeing the church in light of pneumatology. Turns out the Spirit is the best solution to the besetting ecclesiological temptations to conflate or divide Christ and the church. Never is this solution more fruitfully seen than in Calvin's treatment of the Lord's Supper, where he turns the question of the presence of Christ in the Eucharist on its head. He suggests that the "problem" is not how to make Jesus present to us but how to make us present to him, something the Spirit does by uniting us to our ascended Lord seated at the right hand of the Father.

In all their work, but never more programmatically than here, Hauerwas and Willimon challenge Christians to consider our citizenship in heaven and its consequences for our life on earth. The shortness and sharpness of the book might incline some to dismiss it as a prophetic rant. I imagine Israel had good reasons for turning a deaf ear to its prophets, too.

Hellerman takes Jesus at his word, insisting that the church is an alternate kinship group that trumps all other loyalties. This is a hard word, a good word, and an eminently livable word. The more confused the world becomes about singeless, marriage, and family, the more important it will be to live out our adoption in Christ and all its implications for life together.

A wonderful book that patiently and reasonably explores the New Testament's various images for the church and also the way that metaphors implicate themselves in our lives. Avery Dulles's "models" approach to the church is helpful. But even more useful, and biblically grounding, is Minear's tour through ecclesial images and his conviction that the profound mystery of the church calls for a "kaleidoscopic" view.

Lesslie Newbigin, The Gospel in a Pluralist Society, The Household of God: Lectures on the Nature of the Church, and The Open Secret: An Introduction to the Theology of Mission.

The best, newest, freshest things being said about the church and the gospel today were mostly said better, with more nuance and more faithfulness to the gospel by Lesslie Newbigin a quarter century (or more) ago. That rare scholar whose prose is accessible and footnotes invisible, but who crystallizes and clarifies while never dumbing down, Newbigin integrates the central insights of others (Barth on election, Polanyi on the personal investment of knowledge) with his experience as a missionary bishop in a still-going ecumenical experiment, the Church of South India.

R. R. Reno, In the Ruins of the Church: Sustaining Faith in an Age of Diminished Christianity. Brazos, 2002. 208 pages.

Reno argues that the divided church is in ruins and that—despite the temptation to run for the hills—the only faithful place to live is right in the ruins, singing a song of lament. He calls readers to forsake the comfort of distance for a cruciform intimacy with God's church in all its imperfection and sin. For people quick to move from church to church, his jeremiad is good, strong medicine.

Alexander Schmemann, The Eucharist: Sacrament of the Kingdom and Of Water and the Spirit: A Liturgical Study of Baptism.

Schmemann exemplifies the wedding of liturgy and theology and the ancient maxim that the rule of prayer is the rule of belief. Like Henri de Lubac did for Roman Catholicism, Schmemann reminded Eastern Orthodoxy that the sacraments cannot and should not be reduced to a magic moment (say, the transformation of the elements) or isolated from the broader life of the church.

It takes an Anglican to argue so vigorously that ecclesiology needs to go on a diet. At every point, Webster cautions against bloated ecclesiologies that ask the church to be and do what only Christ can be and do. Ecclesiocentrism can only be idolatry. Webster doubles down on Barth's account of witness and argues for an ecclesial "rhetoric of indication," in which the church ceaselessly points away from itself to Christ.

Matt Jenson is associate professor of theology at the Torrey Honors Institute at Biola University. He writes at Scriptorium Daily. You can follow him on Twitter.