Missions: Rescuing from Hell and Renewing the World by John Piper 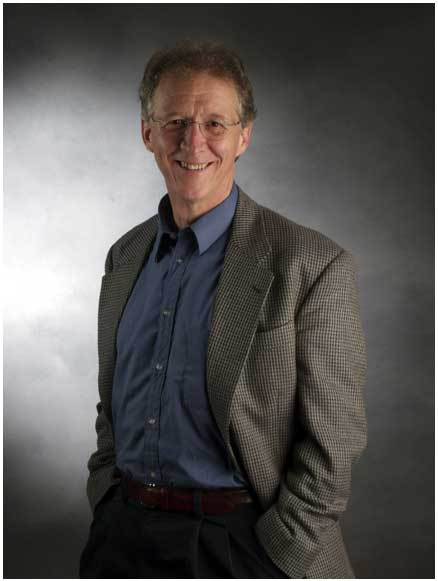 In 2012, sociologist Robert Woodberry published the astonishing fruit of a decade of research into the effect of missionaries on the health of nations. The January/February 2014 issue of Christianity Today tells the story of what he found in an article called "The World the Missionaries Made."

There is a lesson implicit in these findings that I would like to draw out for the sake of the eternal fruitfulness of missions as well as her power to transform cultures.

Titled "The Missionary Roots of Liberal Democracy," Woodberry's article in the American Political Science Review, defends this thesis: "The work of missionaries . . . turns out to be the single largest factor in insuring the health of nations" (36). This was a discovery that he says landed on him like an "atomic bomb" (38).

To be more specific, Woodberry's research supported this sweeping claim:

Areas where Protestant missionaries had a significant presence in the past are on average more economically developed today, with comparatively better health, lower infant mortality, lower corruption, greater literacy, higher educational attainment (especially for women), and more robust membership in nongovernmental associations. (39)
He concedes that "there were and are racist missionaries . . . and missionaries who do self-centered things." But adds: "If that were the average effect, we would expect that the places where missionaries had influence to be worse, than places where missionaries weren't allowed or were restricted in action. We find exactly the opposite on all kinds of outcomes" (40).

Then comes the all-important observation which, inexplicably, Woodberry calls a "nuance" to his conclusion. I would call it a thunderbolt. He observed, "There is one important nuance to all this: The positive effect of missionaries on democracy applies only to 'conversionary protestants.' Protestant clergy financed by the state, as well as Catholic missionaries prior to the 1960s, had no comparable effect in areas where they worked" (40). Now that's an atomic bomb.

Thus Woodberry points out that, even though missionaries have often opposed unjust and destructive practices like opium addiction, and slavery, and land confiscation, nevertheless "most missionaries didn't set out to be political activists. . . [but] came to colonial reform through the back door." That is, "all these positive outcomes were somewhat unintended" (41).

What is the implication of saying that, as a result of "conversionary" missionary focus, social reforms came "through the back door" and were "somewhat unintended"?

There is a biblical reason for this. The only acts of love and justice that count with God are the fruit of conversion. If repentance toward God and faith in Jesus does not precede our good works, then the works themselves are part of man's rebellion, not part of his worship.

Thus John the Baptist says, "Bear fruit in keeping with repentance" (Matthew 3:8). That's the transformation that counts with God: First repentance, then the fruit of repentance. And Jesus says, "Make the tree good and its fruit good" (Matthew 12:33). First a new tree, then good fruit.

That fruit — that transformed life — is "the fruit of righteousness that comes through Jesus Christ, to the glory and praise of God" (Philippians 1:11). That is, it comes through conversion to Jesus. It is the result of a new creation miracle: "We are his workmanship, created in Christ Jesus for good works" (Ephesians 2:10). Transformation comes through individual new creation.

This new creation of the human soul comes by the Spirit through faith in Jesus — that is, through conversion. And one fundamental achievement of that conversion is deliverance from the wrath of God. "Jesus delivers us from the wrath to come" (1 Thessalonians 1:10). Paul says to the converted believers of Thessalonica, "God has not destined us for wrath, but to obtain salvation through our Lord Jesus Christ" (1 Thessalonians 5:9). "Having now been justified by his blood, much more shall we be saved by him from the wrath of God" (Romans 5:9).

Change the World by Focusing on Christ

The point is this: Conversion to faith in Christ by the Spirit through faith accomplishes two things — rescue from the wrath of God, and transformation of life. This is ultimately why Robert Woodberry found what he found. "Conversionary Protestants" changed the world, because they didn't focus first on changing the world, but on faith in Christ.

This means that the missionaries that will do the most good for eternity and for time — for eternal salvation and temporal transformation — are the missionaries who focus on converting the nations to faith in Christ. And then on that basis, and from that root, teach them to bear the fruit of all that Jesus commanded us (Matthew 28:20).

John Piper (@JohnPiper) is founder and teacher of desiringGod.org and chancellor of Bethlehem College & Seminary. For 33 years, he served as pastor of Bethlehem Baptist Church, Minneapolis, Minnesota. He is author of more than 50 books.