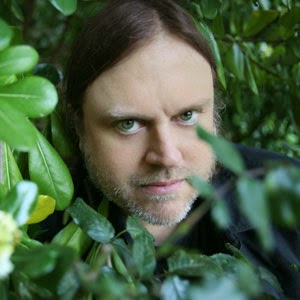 I try to be forthcoming.

Sure, I talk about all kindsa crazy stuff – music, movies, how my kid's doing... whatever. I'm random, but I'm not cagey about how I love Jesus and how I'd love for you to meet Him.

That said... well, I don't know if you've noticed, but I do tend to sort of skirt around some issues... And it's not that I don't know about or think about these issues, it's just that... they can be obstacles to some people, or divisive... and that's not what I'm about.

I try to focus on the MAIN THING, that is, introducing folks to Jesus... Because once they meet HIM, they can ask HIM those questions. After all, He's the One who really knows the answers. Some people may act like they do, and they really HAVE gone to school to learn about it and all – the Bible, how it was written, language and translation issues, different points of view regarding certain problems, etc... But in my opinion, even these people really should be prefacing everything with the implication that, "From what I understand..." or "My interpretation of this is..." 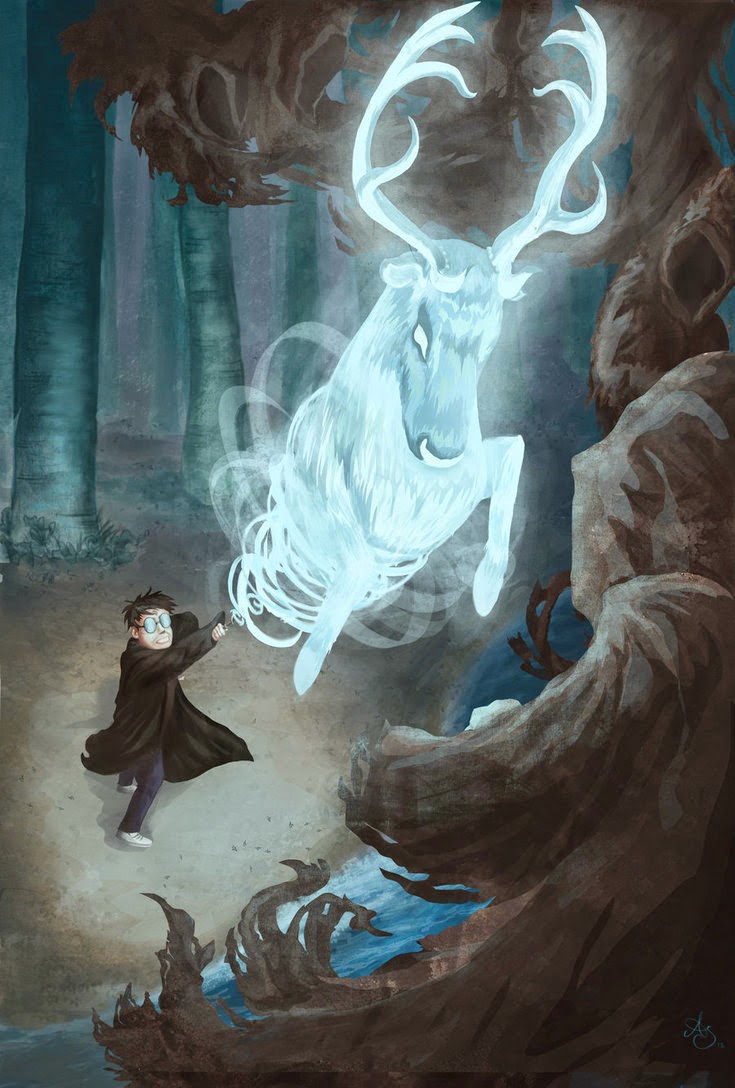 EXPECTO PATRONUM!!!
And while these folks do have a leg up on the every day joe like me of how to approach some of these tough questions, we really can study them ourselves, and... I can tell you firsthand, this is a stunning privilege, and one that I relish... even though I am often completely stumped. And I tell God so... often!

Of course, discussing the issues with God, well – I guess this could be one of those "slippery slopes," people are always freaking out about – because the discussion can seem a little one-sided... seeing as how you can't hear His side of it.* You could slide right down that greasy slope and fall smack dab into the jaws of the of "it means whatever I decide it means" trap.

But... we're not completely without God's guidance. See, I regard the Bible as His side of it. Not that that makes it any easier. In fact, it's pretty dang confusing and hard to stomach sometimes... especially for a lousy sinner like me. According to the gospel of Matthew Sweet: "And then you're ripped right out of the ground / Like a f*ckin' root / No you simply cannot hide / From the ugly truth." Yeah, it kinda lays all your crappiness out for you so there's no where to run. 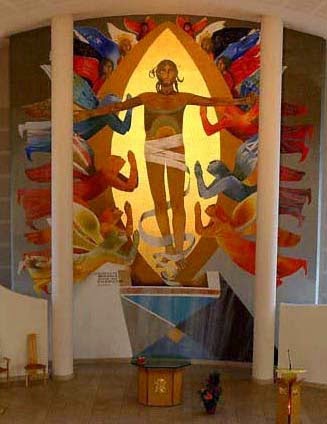 A really big picture of The Big Picture
But the Bible... well, it also contains the counter-curse, if you will... the "Expecto Patronum!!"... Because it tells me the story of who God is – the One who made me, and who loves me... so much that he died for me. And that was while I was still a sinner, it says – although I'm not sure why it puts me being a sinner in the past tense...

Which means I've got no stones to throw at anyone. And if I DID throw stones, what kind of picture would that paint of God for people who need Him? (That is, everyone!) I've been reading through Paul's first letter to the church in Corinth, and, GOOCHER! He kinda sort of talks about this same thing! I think he's talking about sticking to the big picture when he says, "We put up with anything rather than hinder the gospel of Christ." So that's why I don't directly address some of the issues people have. Not because I'm cagey or simple-minded, but... because the big picture is Jesus. And I wouldn't want anyone to miss it. 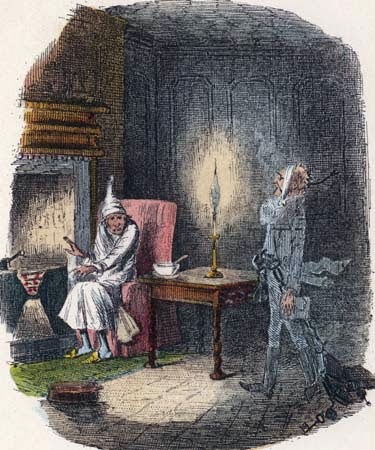 Is that a ghost? or a bit
of underdone potato?
*True story: One time I was wrestling with a thorny question, and I actually felt like God was "telling" me (not out loud, of course): "That's one of those things you are allowed NOT to know." Of course it may have been just an undigested bit of beef, a blot of mustard, a crumb of cheese, a fragment of an underdone potato... as Ebenezer Scrooge speculated regarding the post mortem appearance of his BFF Jacob Marley. But since this idea is wholly unlike my natural tendency to want to gnaw on things until I've reached a satisfactory answer, I felt like ... maybe I didn't come up with it on my own?