A Broken Covenant-Forsaking the Fountain of Living Waters 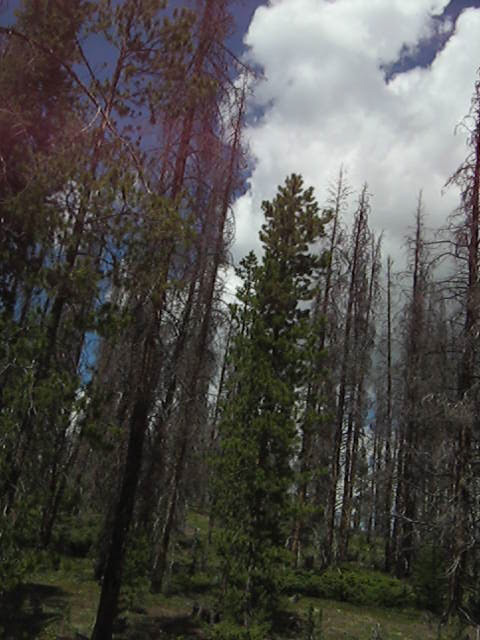 In this section we look at scriptures in the Old Testament that remind us that God not only provides us water but he also withholds water from those who turn from Him.  He is the one who gives us thirst, and leaves our wells dry when we turn against Him.

Jeremiah 2:13 for my people have committed two evils: they have forsaken me, the fountain of living waters, and hewed out cisterns for themselves, broken cisterns, that can hold no water.

Jeremiah 50:38 A drought upon her waters, that they may be dried up! For it is a land of images, and they are mad over idols.

Jeremiah 51:43 Her cities have become a horror, a land of drought and a desert, a land in which no one dwells, and through which no son of man passes.

Hosea 13:5 It was I who knew you in the wilderness, in the land of drought;

Haggai 1:11 And I have called for a drought upon the land and the hills, upon the grain, the new wine, the oil, upon what the ground brings forth, upon men and cattle, and upon all their labors."

Deuteronomy 28:22 The LORD will smite you with consumption, and with fever, inflammation, and fiery heat, and with drought, and with blasting, and with mildew; they shall pursue you until you perish.

Job 24:19 Drought and heat snatch away the snow waters; so does Sheol those who have sinned.

Isaiah 32:6 For the fool speaks folly, and his mind plots iniquity: to practice ungodliness, to utter error concerning the LORD, to leave the craving of the hungry unsatisfied, and to deprive the thirsty of drink.

Psalm 107:33 He turns rivers into a desert, springs of water into thirsty ground,

Proverbs 30:16 Sheol, the barren womb, the earth ever thirsty for water, and the fire which never says, "Enough."

Revelation 16:4 The third angel poured his bowl into the rivers and the fountains of water, and they became blood.

Exodus 17:3 But the people thirsted there for water, and the people murmured against Moses, and said, "Why did you bring us up out of Egypt, to kill us and our children and our cattle with thirst?"

Deuteronomy 28:48 therefore you shall serve your enemies whom the LORD will send against you, in hunger and thirst, in nakedness, and in want of all things; and he will put a yoke of iron upon your neck, until he has destroyed you.

Isaiah 5:13 Therefore my people go into exile for want of knowledge; their honored men are dying of hunger, and their multitude is parched with thirst.

Job 24:11 among the olive rows of the wicked they make oil; they tread the wine presses, but suffer thirst.

Ezekiel 19:13 Now it is transplanted in the wilderness, in a dry and thirsty land.

Amos 8:11 "Behold, the days are coming," says the Lord GOD, "when I will send a famine on the land; not a famine of bread, nor a thirst for water, but of hearing the words of the LORD. Amos 8:13 "In that day the fair virgins and the young men shall faint for thirst.

Isaiah 50:2 Why, when I came, was there no man? When I called, was there no one to answer? Is my hand shortened, that it cannot redeem? Or have I no power to deliver? Behold, by my rebuke I dry up the sea, I make the rivers a desert; their fish stink for lack of water, and die of thirst.

Job 24:11 among the olive rows of the wicked they make oil; they tread the wine presses, but suffer thirst.