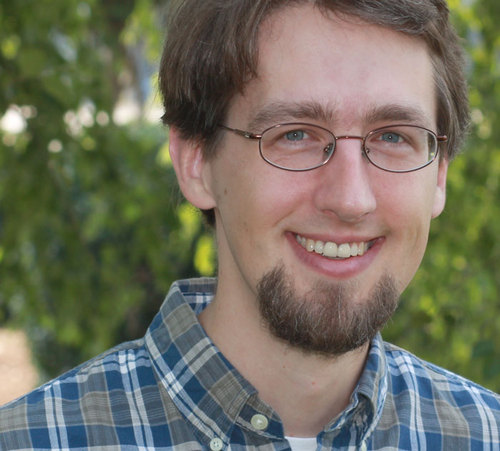 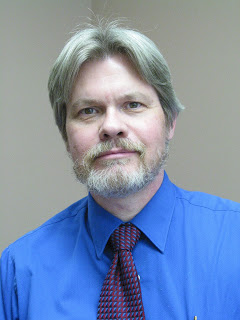 In (Re)Thinking Worldview: Learning to Think, Live, and Speak in This World, J. Mark Bertrand asks, "How can imagination transform culture?"

By giving it new eyes, he says. "As a reader," Bertrand explains, "one of the most striking glimpses I have ever had of the divine came at the climax of The Man Who Was Thursday, a novel that starts as a thriller about anarchists and ends in a very different place indeed. If there's a lesson to be learned from this, it's that the truth can be proclaimed and it can be defended, but it can also be imagined."

Bertrand has been honing his truthful imagination for years. Among other books, Bertrand is the author of three gripping crime novels featuring detective Roland March on the dark, blood-stained streets of Houston. The first in the series, Back on Murder, came out in 2010, and was followed a year later by Pattern of Wounds, which was short-listed for a Christy Award. The latest installment in the series, Nothing to Hide, "follows the structure of Dante's Divine Comedy, but in reverse." The mystery novelist is currently working on ambitious new thriller about the fall of Constantinople, the making of From Russia with Love, and the global banking crisis.

The Weekly Standard has declared Bertrand "a major crime-fiction talent," ranking him alongside writers like Michael Connelly, Ian Rankin, Henning Mankell, and Jo Nesbø. We asked Bertrand a few questions about storytelling, his crime fiction, the line between realism and obscenity, and more.

The Lord bids us to dwell on what is true, noble, just, and good (Phil. 4:8). Does fiction, which is essentially nonfactual, help us dwell on truth?

Fiction cares as much about the truth as science does, only their methods differ. As John Gardner wrote, fiction goes after understanding by creating characters who subtly embody values, then testing the truth of those values through drama. Once you understand that point, it opens up a world of hermeneutic possibilities.

Frankly, I wish Christians who talk about "engaging culture" would read less theology and more fiction. Nothing against theology: after grad school, I went to Redeemer Seminary to work out the influence of my theology on my fiction. But fiction will give you an appreciation of both storytelling and also the depth of human beings that might actually help you pass down your theology to people who aren't going to sign up for a lifetime of reading Puritan reprints. I can always tell, listening to a sermon, whether I'm hearing from a fiction reader or not. The fiction readers actually do engage with culture, and it shows.

Your detective, Roland March, has an understanding of the Bible but is not a believer—and does not become a believer in any of these books. What advantage do you see in having a narrator/main character like this?

I love crime fiction, but you can't help wondering how all these homicide detectives—a fairly conservative bunch in real life—came to have the values and outlook of university professors. The short answer is that writers endow their heroes with their own ideals. I wanted to cut against the grain and make March different from other crime fiction detectives, and different from myself, too.

Because March is surrounded by evangelical culture but stands outside of it, he's a sharp observer. Believe it or not, March's skepticism toward big-box Christianity actually resonates with a lot of Christians. After reading the books, one of my fellow Presbyterian elders said, "I am Roland March." While he may not possess the gift of faith, March knows from experience that evil is real and won't stand for its trivialization by believers or unbelievers. He respects the people of faith he encounters.

In your first Roland March novel, Back on Murder, you said you wanted to explore "the safe versus the good." Perhaps we see that exploration most clearly in your youth pastor character, Carter Robb. He tells his youth group to get out of their comfort zones and trust God as they reach out to the lost around them, but when it appears one of them has gotten into serious trouble by reaching out, he begins to question himself and his message. Is that right? How does "the safe versus the good" play out in this book?

We tell ourselves that if you do the right thing, you'll prosper. As a result, like Job's friends, when bad things happen we assume somebody did wrong. The question I wanted to explore was what happens when you suffer for doing good rather than for doing evil.

Carter's job description embodies the dilemma. He's supposed to be keeping the kids safe and teaching them to live their faith at the same time, as if there's no tension between those goals. The more faithful they become, the less safe, just like in real life. March's job is the same, of course. Being one of the good guys means going into the darkness, walking the mean streets Raymond Chandler wrote about. That's why March and Carter Robb bond the way they do: because of their roles, they're both looked up to and misunderstood (by the same people, no less). They've both embraced a calling that never leaves you unscathed.

Even the rogue cops March goes up against are ultimately undone by the safe/good dilemma. Their corrupt deal goes off the rails because, faced with evil, they can't set aside the fact that, corrupt or not, they're still cops. They risk their safety to do what's right—but with disastrous consequences.

In your third March novel, Nothing to Hide, you say you followed a pattern of Dante's Divine Comedy in reverse, starting in a kind of paradise and descending into hell with guides along the way. Were you driving at any single point in this book?

Oh, yes, but I'm not going to spell it out. I'm a big believer in letting readers do the work of interpretation.

Let me put it this way: At the end of his journey through the inferno, Dante encounters Satan in the form of a dragon frozen in ice. I knew that at the end of March's journey, he would confront his own nemesis, who turns out to be similarly incapacitated. There's a caged bird in the scene, a pitcher of ice, and the Satan-figure actually admits, "I'm in hell."

All the books have layers, but in Nothing to Hide I really tried to perfect the technique I'd developed in the earlier books where ordinary things take on a sign value you'll only appreciate if you look closely (the way a detective does for clues). The Divine Comedy plays an obvious role, and so does The Song of Roland.

You explore territory in these novels Christian writers are generally afraid to enter—the uglier side of life and the way some in the real world actually live and act. How do you decide where to draw the line between realism and obscenity?

March faces a dilemma in the first book. He can erase a photo of a naked woman from a dead colleague's cell phone, sparing the man's wife embarrassment, or he can turn the phone in as is and let it go into evidence. Here's the passage, with emphasis added:

Part of me wants to cover for [the dead cop]—not so much for his sake as for hers—but I know deep down that the unvarnished truth is better than even a well-meaning deception. I'm not here to pretty things up, to give [the widow] or anyone else a reassuring vision of the world as she thinks it is. All I have to do is uncover the way things really are.

I didn't make them that way, and I don't have the power to change them. Even if it's tempting to think I do.

In writing those lines, I laid down my artistic creed. The Christian artist of all people ought to tell the truth about the world. Don't worry about where the lines should be drawn, just tell the truth. Wrestle the truth down until it gives you a blessing, like Jacob and the angel.

The darkness in my books is realistic rather than melodramatic. I wrote about this point in an essay ByFaith published called "Writing About Reprobation." In short, I'm uninterested in larger-than-life evil, Manichean melodramas full of big, flashy violence and thriller-style pyrotechnics. I'm not trying to come up with a bigger, badder villain and ever-more-gruesome crimes in each book any more than I'm looking for ever-more-complicated puzzles for March to solve. I'm aiming for honesty and trusting that honesty makes for good theology, just as it makes for good art.

Phil Wade is a writer who lives in Chattanooga, Tennessee. Lars Walker is the author of several novels, most recently Hailstone Mountain. He lives in Minneapolis, Minnesota. Read more from them at Brandywine Books.