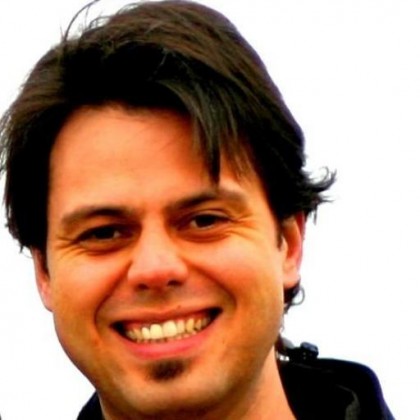 The following is a posting by Clint Archer, the pastor of Hillcrest Baptist Church, outside of Durban, South Africa. The link to his website is at the end of this article.

Let me start by saying that it's not wrong for a new believer to be immature any more than it's wrong for a child to be childish.

Puerility is only annoying in an adult. When a four year old dons a cape and wears his underwear over his pants, claiming x-ray vision, it's cute. When his dad does that, it's concerning (or certifiable).

When you've been a believer for many years though, lack of these indicators should be concerning.

1. An Appetite for Meat

It's good to enjoy the milk of the gospel with every meal. But some Christians pride themselves on focusing only on the gospel, snubbing the offer of deeper doctrines. The love of doctrine may need to be acquired over time, but it will always be there in a mature believer.

The writer to the Hebrews chides his readers for their reluctance to chew.

Heb 5: 11 [W]e have much to say, and it is hard to explain, since you have become dull of hearing. 12 For though by this time you ought to be teachers, you need someone to teach you again the basic principles of the oracles of God. You need milk, not solid food, 13 for everyone who lives on milk is unskilled in the word of righteousness, since he is a child. 14 But solid food is for the mature, for those who have their powers of discernment trained by constant practice to distinguish good from evil.

An infant's meal needs to go through a blender for the first few months of his or her life. When a normal 21 year old still asks mommy to spoon feed him mashed potatoes, it's creepy and dysfunctional.

2. An Imperviousness to Personal Offence

It is seldom that a mature believer feels offended. Offence is appropriate at any attack on God's glory, as when the zeal of God's house consumed Jesus and he aimed an Indiana Jones whip at the overpriced animals in the Temple's corrupt commercial zone.

But a mature believer doesn't take personal offense easily. They understand that when someone sins against them, there are bigger issues at stake than their personal rights; e.g. God's glory, the attacker's relationship with God, etc.

Take Paul. When he could no longer draw a crowd (being in jail for the gospel and all) rival preachers were pouring salt on his shackle-blisters by preaching the gospel in competition with him. He didn't get uppity. Instead he seemed buoyed by the news that the gospel was still getting airtime. That's maturity!

Phil 1: 15 Some indeed preach Christ from envy and rivalry, but others from good will. 16 The latter do it out of love, knowing that I am put here for the defence of the gospel. 17 The former proclaim Christ out of rivalry, not sincerely but thinking to afflict me in my imprisonment. 18 What then?[So what?] Only that in every way, whether in pretense or in truth, Christ is proclaimed, and in that I rejoice. Yes, and I will rejoice.

3. A Conscience Informed by Scripture, not Opinions

When you are first saved, it is natural to have a pendulum swing aversion to anything associated with your former way of life. That can be healthy. But as you mature, you will settle into a more balanced view of liberty. If Jesus says something is ok, then you won't get upset when some Christians take him up on enjoying that freedom.

I love vegetarians-more meat for me. But when a believer abstains from lawful liberty thinking that it makes them more acceptable to God it's a sign of immaturity. The more you grow in your understanding of grace, the less it grates you that people ignore man-made religious norms. You may still choose to abstain, but your conscience is not plagued by the knowledge that others partake in what you avoid.

4. A Sense of Humble Surprise when used by God in Ministry

God uses sinners to do his work for a good reason: there is no one else from which to choose. Some sinners are used mightily. A mature believer will always feel humbled by his effectiveness in God's ministry. Often, though, the same privilege will inflate an immature believer's ego.

1 Tim 3: 6 He must not be a recent convert, or he may become puffed up with conceit and fall into the condemnation of the devil.

Paul's assumption is that a new convert-who is more likely to be immature-when used by God in ministry, will not possess the sense of surprise and humility that is a sign of maturity.

Compare this to Paul's own attitude that he is the chief of sinners, used only as means to show the extent of God's mercy (1 Tim 1:15). He considered himself the unlikely, unsuitable privy pot that was blessed to temporarily house the priceless treasure of God's gifts (2 Cor 4:7).

5. Tendency to give Credit for Spiritual Growth to God, not People

Our world is an arena for idolatry. American Idol is the most aptly named and unblushingly honest tribute to our celebrity culture. Our hearts are geared to adulate and adore. An immature believer struggles to break the habit of idolizing people. He merely transfers his adulation of worldly celebrities onto spiritual celebrities.

Whether it's a pedestal for his pastor, or an inordinate reverence for John Calvin, or whatever the symptom, immaturity fails to give adequate credence to God's power at work.

1 Cor 3: 4 For when one says, "I follow Paul," and another, "I follow Apollos," are you not being merely human? 5 What then is Apollos? What is Paul? Servants through whom you believed, as the Lord assigned to each. 6 I planted, Apollos watered, but God gave the growth. 7 So neither he who plants nor he who waters is anything, but only God who gives the growth.

Experienced race horse owners have respect for a good jockey, trainer, and veterinarian; but everyone understands the main factor in a win is the horse. We respect good preachers, writers, commentators, and spiritual mentors; but hopefully we recognize the real muscle behind any winning ministry they do.

Leave with this thought: In my life whenever residual immaturity in any of these areas pops up in my spiritual inbox, I am comforted in knowing that I am a work in progress, and I cling to Phil 1: 6 And I am sure of this, that he who began a good work in you will bring it to completion at the day of Jesus Christ.