The Mill & the Cross-a film by Lech Majewski 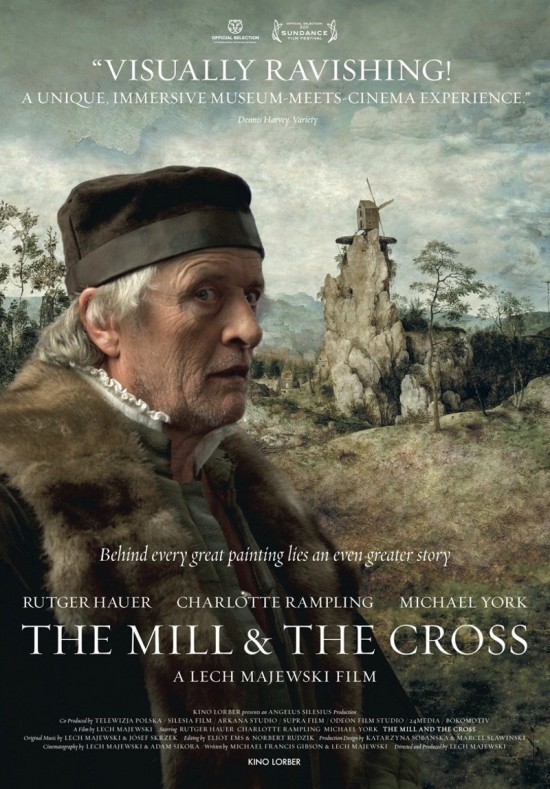 What does it mean to be committed to belief in a reformed relationship with Christ, when death by brutal torture is a likelihood? Lech Majewski explores these issues in his film, The Mill & the Cross, a film centered on Flemish painter Pieter Bruegel's (played by Rutger Hauer) 1564 masterpiece ''The Procession to Calvary.''

In the film, as in the painting, the roles of Christ and others in his painful path to crucifixion are portrayed by Bruegel's countrymen, with the roles of the Romans portrayed by Spanish inquisitors--the red-outfitted marauders in the painting and the film. The movie is a reflective work, building around the people who work in the mill grinding grain, who live in the nearby community and care for their animals, and of Bruegel's large family. Then, onto this bucolic16th century landscape terror intrudes, and just as quickly, a man is dead, lifted onto a wagon wheel as a feast for birds.

(For another interpretation of the movie, go to the article in Christianity Today. The movie is also reviewed in the NY Times and Chicago Tribune (Roger Ebert). http://www.christianitytoday.com/ct/movies/reviews/2011/millcross.html?start=1