How the West Really Lost God: An Interview with Mary Eberstadt by Justin Taylor 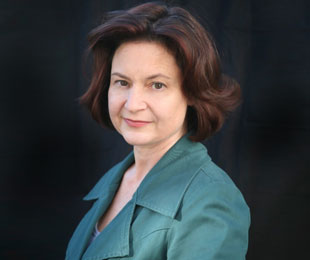 Mary Eberstadt, Senior Fellow at the Ethics and Public Policy Center in Washington, DC, is widely hailed as "one of the most acute and creative social observers of our time" (Francis Fukuyama).

George Will has called her "intimidatingly intelligent," and George Weigel says she is "our premier analyst of American cultural foibles and follies, with a keen eye for oddities that illuminate just how strange the country's moral culture has become."

In her latest book, How the West Really Lost God: A New Theory of Secularization, she seeks to answer the question "How and why has Christianity really come to decline in important parts of the West?"

Her answer cuts against the conventional wisdom, but Jonathan V. Last argues "you cannot understand the real philosophical problems of the West without reading this book.

Mrs. Eberstadt was kind enough to answer a few questions about her argument and its implications.

What led you to write How the West Really Lost God: A New Theory of Secularization? Did it begin more as a hypothesis to be tested or a thesis to be proved?

Like many Americans who have visited Europe, I was struck repeatedly by how secular some of the Continent's societies are and how empty their churches. So the first reason I started researching into theories of secularization was simple curiosity: What makes formerly Christian precincts lose God?

And the interesting thing about the existing literature is that none of the going answers really explain the decline of Christianity in parts of the West. As chapters in my book go to show, prosperity alone doesn't drive out belief in God, and neither does education, rationalism, or science per se. Nor do the two world wars explain it, another commonly accepted explanation.

So little by little I started re-arranging the pieces of this great intellectual puzzle, and what emerged was a new way of looking at it: one in which the fate of Christianity turns out to be more tightly tethered to the fate of the family than has been understood before.

The conventional wisdom, at least among conservatives, seems to be that the religious decline in the West led to the deterioration of the family. Is that true, false, or incomplete?

It's incomplete, but fatally so.

There's a figurative picture handed down to us from the Enlightenment thinkers onward. It's one in which a lone person sits in a chair, thinking hard about whether to believe in God or not; imagine Rodin's statue of the Thinker for a visual. That's the mental image many people have when they think about secularization: as if it's something that happens to a society one atomized person at a time, as one after another ponders religion and decides against it.

Part of the argument of the book is that this picture doesn't describe reality. People are social beings. They learn religion the way they learn language: in communities, beginning with the community of the family. And when family structure becomes disrupted and attenuated and fractured, as it is for many Western people today, many families can no longer function as a transmission belt for religious belief. In addition, many people become insulated from the natural course of birth, death, and other momentous family events that are part of why people turn to religion in the first place.

To offer just one homely example of this abstract idea, consider what often happens when parents divorce and children are put in custody arrangements where they see mom and dad on alternate weekends. That regimen alone throws a monkey wrench into the common Christian practice of church-going, because if mom and dad live in different places, it's less likely that children will be taken consistently to the same church. At the very least, it's harder to make that happen.

There are many more examples in the book of this larger point: family disruption breeds religious disruption.

If the collapse of the family undermined Christianity and accelerated the decline of religion in the West, what are some of the factors that led to the family itself becoming so unstable?

The Industrial Revolution, historians agree, disrupted family life as never before. It uprooted people from the countryside and sent many into the cities looking for work. This both split people off from their extended families and created new pressures on family formation, because—for reasons detailed in the book—urbanization arguably makes family formation more difficult.

So industrialization and urbanization are part of the answer to the question of why Western families began to fracture. To those forces one also has to add the sexual revolution of the 1960s and beyond, which splintered the family unit as never before, again for reasons examined in the book.

By no coincidence, religious practice in many Western precincts declines dramatically exactly alongside rising divorce rates and cohabitation rates and fertility decline and other proxies for the sexual revolution. Again, religious decline and family decline go hand in hand and operate as a double helix, as spelled out in the book.

The intertwined connection of family and faith is a familiar idea to those who have read their Bibles. How has this been confirmed through your study of history and culture?

One of the things that history drives home is this principle: religious decline does not occur in a vacuum, and neither does family decline. Rather, they are bound together—and so are religious flourishing and family flourishing.

Let's consider just two examples. Scandinavia is now the most secular Western society on earth, at least as measured by surveys and other data concerning churchgoing, religious belief, etc. And Scandinavia is also the part of the West that pioneered the kinds of family changes now prominent across the Western world: births to unmarried people, rising cohabitation, etc. Moreover, Scandinavia is also the most atomized society, generally speaking, in the modern world: almost half of all Scandinavians now live in households of one person, according to recent reports.

Here again, not having families or having loosely structured and smaller families appears closely tied to not going to church or believing in God.

For a converse example, consider a different place and time: most of the countries of the West following World War II. During those years and all the way into the early 1960s, there was a religious boom including in societies that are now markedly secular. Attendance was up and so were professions of religious belief; the data are in the book.

And what did this religious boom coincide with? A much more familiar phenomenon: the Baby Boom, which was also pan-Western, and also accompanied by a marriage boom.

Once again, the example proves the point: there are things about living in families that drive people to church.

You suggest the economic and demographic crisis in the West may have the unintended impact of reviving the family as the most viable alternative to the failed welfare state. Can you explain?

A case can be made that the welfare state has competed with the family from the beginning. Recall the Obama reelection campaign's infamous "Julia" website, which showed the beneficent state stepping in to do at every stage of life what used to be done by competent families: babysitting, educating, influencing romantic decisions, caring for people in old age.

It's a two-way street, of course. As families became more problematic, the state stepped in as a family substitute; and as the state did that, families have found that they could rely on the state instead of on each other. Unprecedented modern levels of divorce, family breakup, out-of-wedlock births, and other trends that have turned the modern state into an inefficient but all-encompassing substitute for a man of the house.

In sum, statism has been an engine of family destruction—and vice versa.

So the big question becomes: what happens if the modern welfare state actually turns out to be demographically and financially untenable, as some troubled Western economies seem to indicate?

If the welfare states of the West finally do implode, as some economists think they might, it's hard to think of any institution but the family that could step into the resulting vacuum. Ultimately, the unreliability of the state could lead people to look back to their more organic connections of family, perhaps even resulting in a family revival.

What suggestions do you have for strengthening the American family?

To offer just one pragmatic implication of the book's argument, pastors and others in charge of the churches need to understand that "the family" is not some abstraction to be praised here and there, but rather the very backbone of their institutions. For example, churches can't afford to be indifferent to the question of whether people procreate, because without religious families, there will be few people sitting in the pews ten or twenty or fifty years hence—as has already happened in some denominations that have inadvertently demonstrated the double helix of family and faith by their own unwitting diminishment.

Most important, people concerned about the family might want to consider exactly what makes it easier for young people, especially, to have families in the first place. This boils down to grassroots efforts involving one home and church at a time: like organizing help such as carpools, or meal drop-offs when there's a new baby in the house, or creating rotating prayer groups that double as social hours for moms, and related efforts.

These may seem pedestrian ideas, but they're also the very sorts of initiatives that can sometimes make the difference between having a family or walking away from it. After all, families are a lot of work. But they're also reminiscent of what Winston Churchill once said about democracy: the worst system, except for all the others.

Ultimately, what history shows is that family decline and family strength follow cyclical patterns. This is the point made by Carle Zimmerman, a Harvard sociologist discussed in my book whose rich work demonstrates this point. Periods of atomization and fracture are followed by revival, because over time, people realize that humanity just hasn't come up with a substitute that can do all the things that the institution of the family can do. What's encouraging about this pattern is that it means family decline is not inevitable—any more than is religious decline.

In sum, secular forecasts of the imminent death of God or the hearth have gotten the story wrong. Fundamentally, that's an optimistic thought, because understanding what the historical record really shows offers grounds for hope.