Naked and Unashamed by Gavin Ortlund 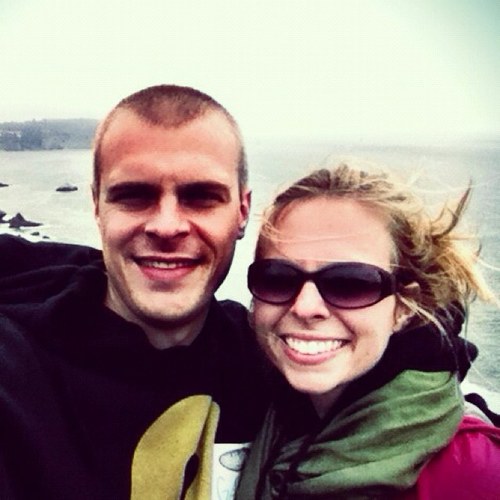 Imagine getting fired as the CEO of a company, in front of all your employees, by your own son. This is similar to the experience David lived through that gave us Psalm 3. His son Absalom conspired against him, forcing him to flee from Jerusalem.

While travelling barefoot away from Jerusalem, David and his loyal servants cover their heads—a portrait of shame, humiliation, and disgrace (2 Sam. 15:30). Then it gets worse: a man from the house of Saul named Shimei walks alongside David and his servants, throwing rocks and flinging dust, cursing and mocking. He calls David "worthless" and a "man of blood," claiming David is experiencing judgment from God himself (2 Sam. 16:7-8). David's servants implore him to kill the man, but David refuses, claiming God sent Shimei to curse them (2 Sam. 16:9-13).

This is King David in all his shame: fleeing from his kingdom, weeping, and enduring pebbles and taunts along the way.

However, in this terrible circumstance, David turns to God, and the result is Psalm 3. This psalm has been a refuge for me countless times. First, a brief outline: in verses 1-2, he laments his situation before God; in verses 3-6, he declares what he knows to be true about God; in verses 7-8, he begs God for salvation.

The order here is striking. David asks to be rescued from his shameful circumstances only after he's declared what God means to him amid them. Before he ever experiences God's deliverance, while Shimei is still doing his worst, David can declare, "But you, O LORD, are a shield about me, my glory, and the lifter of my head" (Ps. 3:3).

In the most shameful place, David declares that God is his protection ("shield about me"), his dignity ("my glory"), and his healing ("lifter of my head").

Do you know how shame is at work in your life? Too often we think of people who struggle with shame as shy, deferential people. But shame is equally present in bullies, braggarts, and loudmouths. Shame fuels timidity and cowardice as much as addictions, bursts of rage, and acts of violence. Shame simmers in courtrooms as well as nurseries, at gang fights as well as middle school dances. In fact, shame is so prevalent it's never a question of whether we're struggling—just where and how.

We struggle with shame because we struggle with sin. Our first parents were said to be "naked and without shame," but when sin entered the world, they sought covering (Gen. 2:25, 3:7). Shame exists due to our deep inner nakedness and desperate attempts to cover it. It's the place in our hearts where, like Adam, we say to God and others, "I was afraid, and I hid myself" (Gen. 3:10). Shame is when we go into hiding because we fear our real selves being seen by another. The root of sinful shame, then, is often the answer to this question: What do I most fear being exposed or uncovered about myself?

Every believer can relate to David's experience in Psalm 3, because every believer knows what it's like to be accused. In the Bible, accusation (not temptation) is the primary activity of Satan and other demons toward believers. The very name Satan means "the accuser," and Revelation 12:10 says he engages in accusation against us continually. Satan is the ultimate Shimei, marching alongside us, hurling accusations at us amid our shame and failure.

Perhaps the most vivid presentation of Satan's accusatory work—as well as the Christian's answer—comes in Zechariah 3. In what appears to be a courtroom scene, the high priest Joshua, representing God's people, stands before the angel of the Lord in filthy garments. Satan stands ready to accuse him (the legal place of accusation, cf. Ps. 109:6). But the angel of the Lord rebukes Satan, declaring he's taken away Joshua's filthy garments and covered him with pure clothes (Zech. 3:4). In the most shameful place, Joshua found relief as our first parents sought it: in a covering. But unlike Adam and Eve's fig leaves, Joshua's was a deeper, inner covering—the covering provided by the blood and righteousness of Jesus Christ.

One of the often forgotten aspects of the crucifixion is the shame associated with this form of death. When the soldiers shoved the crown of thorns on Jesus' head, they mocked him by saluting him, bowing down to him, spitting on him, and sarcastically calling him "King of the Jews" (Mark 15:18-19). Imagine the scene. One soldier strikes Jesus' head, driving in the thorns another half-inch. Another bows, another salutes, and still others watch the scene, crowing cruelly. Then a few soldiers strip off his robe (Mark 15:20). The jeers don't stop there; they persist to the cross, until his final breath. Even there, our Lord wasn't safe from the continuous mocking of Jewish leaders, passers-by, and even those with whom he was crucified (Mark 15:29-32).

The crucifixion was a dramatic picture of exposure, nakedness, and shame. On the cross, Jesus became our substitute, enduring our sin's divine judgment. The one worthy of all honor entered into the deepest place of shame—guilt before a holy God. The one clothed with eternal glory and love from the Father experienced abandonment, exposure.

When I think about God's innocent Son hanging helpless on a tree, I feel broken, undeserving, and, at times, ashamed. Yet that which breaks me also equips me to deal with my shame. In Christ, my representative before God, I am already exposed. The fear animating my shame has already come true: I am fully, completely, exhaustively, and perfectly known by my Substitute. The battle is over. The bomb has detonated. The rumor has made its rounds. The truth has been uncovered. Christ bore my shame, and now he covers me in his perfect righteousness. In him, there is a hiding place—a covering—for sin, and it is perfect. He is perfect.

Gavin Ortlund is a PhD student in historical theology at Fuller Theological Seminary and serves on staff at Sierra Madre Congregational Church in Sierra Madre, California, where he lives with his wife and son. Gavin blogs regularly at Soliloquium. You can follow him on Twitter.