Anything to Be Cool by Julie Moore 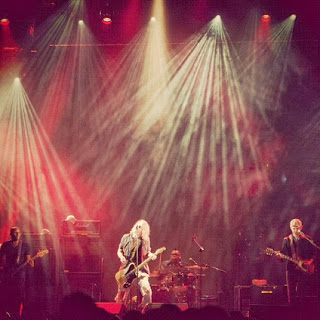 Let's get back on track with our spiritualizin' of Soul Asylum's 1992 Grave Dancer's Union album.

Song number eight, April Fool, is no laughing matter... and kinda funny at the same time. 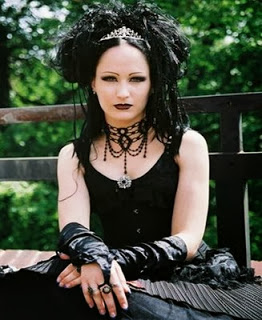 Cool get-up, but I'm guessing
she's not too comfy.
So... what's it all about? It's about going to extremes to look cool. Smoking, wearing black leather when it's really hot, sunglasses at night and lots of heavy metal studding. Anything to be cool.

Not that I would know about this... except that I used to be a sort of punk/gothic girl back in the eighties. I didn't have any tattoos or inconvenient piercings or really painful things going on, but I did often wear unreasonably high and uncomfortable heels or too-heavy boots... and I had clothes that were so tight that I couldn't eat anything AT ALL if I was going to wear them. Also, I smoked for about two weeks just to blend in. Anything to be cool.

Also, this line resonated with me: "Covering up everything that's defective"... because I had lived all my teen and college years as "the fat girl." And when I started dressing up it was sort of a deflecting device: "Don't look at my huge thighs – look how many black dresses I own; look how pale I am and how much eyeliner I'm wearing!" Anything to be cool... and not fat.

And I'm not going to lie to you. It was FUN. Dressing up, and being noticed. It did make me feel COOL. That's why it was a bit disconcerting when Jesus butted in. It was kind of like he was singing the song's chorus to me:
A burning heart could be so cool
Won't you be my fashion victim
C'mon I'm an April fool for you
It was like God was asking me to lay aside my current foolish pursuits in order to be "fashion victims" for Jesus! (And believe me, at that point, I definitely judged His people to be "fashion backward"!)

This Sunday school book pic of David
dancing nekkid makes me laugh.
Weirdly enough, when I first joined Jesus's band of merry pranksters, I was waaaay worried about how uncool I would look. But I got over it, mostly... and now I'm writing this stuff ... and advertising to all kinds of people. Am I afraid of looking uncool or foolish? A little.

And surely there are people out there who DO think I'm uncool... a fool... an uncool fool! Baahaa! Anyway, I love the story about David in 2 Samuel 6, where he gets called out by his wife for carrying on and dancing for the Lord when they're bringing the ark to Jerusalem:
"How the king of Israel has distinguished himself today, going around half-naked in full view of the slave girls of his servants as any vulgar fellow would!"
David said to Michal, "It was before the Lord, who chose me rather than your father or anyone from his house when he appointed me ruler over the Lord's people Israel—I will celebrate before the Lord. I will become even more undignified than this, and I will be humiliated in my own eyes. But by these slave girls you spoke of, I will be held in honor." 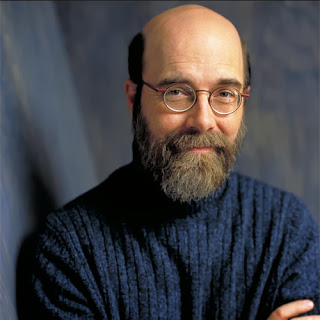 Michael Card
See? David is not worried at all about how he looks. Now THAT's cool. ("A burning heart could be so cool," as it were.) He's like, "You think THIS is foolish? Just you wait!" And we all know who David was a fore-warning of...well, you know... the guy songwriter Michael Card calls "God's Own Fool." That's right... the Son of David... AKA Jesus. Card's style of music is not exactly my bag, but he's a sincere dude, who can write a good song. (See, some crazy part of me wanted to make sure you knew I only like "cool" music!)

Here we have a guy who is actually God, but shuffled off His superpowers and put on itchy, uncomfortable man-skin... He didn't go to rabbi school; he partied with the unwashed, touched the untouchable, and pretty much pissed off all the wrong people... or the "right" people, as the case may be. He felt all our pain, carried all our sorrows, took all our punishment... was whipped and mocked and died. For us.

"Very rarely will anyone die for a righteous person, though for a good person someone might possibly dare to die. But God demonstrates his own love for us in this: While we were still sinners, Christ died for us." (Romans 5:7-8) See, dying for a righteous or good person might be not be construed as foolish... but dying for sinners...? Was that really wise?
I guess it depends on how you look at it. Paul saw it this way: "For the foolishness of God is wiser than human wisdom, and the weakness of God is stronger than human strength." (1 Cor. 1:25) and "God chose the foolish things of the world to shame the wise." (1 Cor. 1:27) 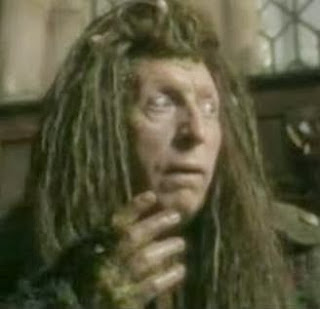 Tom Bakker (that's right - the 4th Doctor)
as Puddlegum, the character who gave
this fantastic speech in The Silver Chair.
Anyway, this kind of foolish love is something I can get on board with. Jesus put on the jester's hat for me, I can certainly look silly for him. So I'm a fool... and like David, I plan to get even MORE foolish.

And what if I'm wrong? Well, I stand by this quote from C.S. Lewis' The Silver Chair:
"Then all I can say is that, in that case, the made-up things seem a good deal more important than the real ones. Suppose this black pit of a kingdom of yours is the only world. Well, it strikes me as a pretty poor one. And that's a funny thing, when you come to think of it. We're just babies making up a game, if you're right. But four babies playing a game can make a play-world which licks your real world hollow. That's why I'm going to stand by the play world. I'm on Aslan's side even if there isn't any Aslan to lead it. I'm going to live as like a Narnian as I can even if there isn't any Narnia."