The American Church's Absence of Lament by Soong-Chan Rah 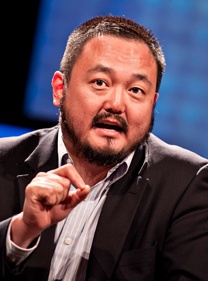 When we consider the typical church worship service in the United States, we discover certain trends. Lament and stories of suffering are conspicuously absent.

In Hurting with God, Glenn Pemberton notes that laments constitute 40 percent of the Psalms, but in the hymnal for the Churches of Christ, laments make up 13 percent, the Presbyterian hymnal 19 percent, and the Baptist hymnal 13 percent.

Christian Copyright Licensing International (CCLI) licenses local churches for the use of contemporary worship songs. CCLI tracks the songs that are employed by local churches, and its list of the top 100 worship songs as of August 2012 reveals that only five of the songs would qualify as a lament. Most of the songs reflect themes of celebratory praise: "Here I Am to Worship," "Happy Day," "Indescribable," "Friend of God," "Glorious Day," "Marvelous Light," and "Victory in Jesus."

How we worship reveals what we prioritize. The American church avoids lament. Consequently the underlying narrative of suffering that requires lament is lost in lieu of a triumphalistic, victorious narrative. We forget the necessity of lament over suffering and pain. Absence doesn't make the heart grow fonder. Absence makes the heart forget. The absence of lament in the liturgy of the American church results in the loss of memory.

Self-absorbed Christians who are apathetic towards injustice and a deeply segregated church does not appear without history. American Christianity often operates with a selective memory. A culture of American exceptionalism and triumphalism results in amnesia about a tainted history. The reality of a shameful history operates against the narrative of exceptionalism, therefore, this shameful history remains hidden.

Lament recognizes a shameful history. Lament acknowledges the pain and suffering that has led to current injustices. Lament challenges the status quo of injustice. American Christians that flourish under the existing system seek to maintain the status quo and avoid lament. Walter Brueggemann asks the question:

"What happens when appreciation of the lament as a form of speech and faith is lost, as I think it is largely lost in contemporary usage? What happens when the speech forms that redress power distribution have been silenced and eliminated? The answer, I believe, is that a theological monopoly is reinforced, docility and submissiveness are engendered, and the outcome in terms of social practice is to reinforce and consolidate the political-economic monopoly of the status quo."

For American evangelicals riding the fumes of a previous generation's Christendom assumptions, a triumphalistic theology of celebration and privilege rooted in a praise-only narrative is perpetuated by the absence of lament and the underlying narrative of suffering that informs lament.

12 Years a Slave is a necessary national lament. It challenges those of us who have flourished under the status quo that had been established by unjust means – namely the exploitation of African bodies as chattel labor. 12 Years a Slave exposes this injustice in a public, prophetic pronouncement against historical injustice. It should result in a deeply disturbed sense of our history and our national identity. It should lead to the acknowledgement of sin, lament over that sin, confession over our culpability in that sin, and the healing that can occur across the dividing walls of hostility that still informs the American story.

I had the honor of being able to preview this movie with a racially mixed audience of my students. What overwhelmed me as the final credits rolled was our inability to consider what was next. It wasn't fair to ask the African-American students to share how they were feeling. The white students didn't know what to feel or what to say.

What is needed is a corporate lament — a corporate acknowledgement of the reality of suffering and pain from which many of us in the United States have benefitted. My sincere prayer for the Christian community (that should have a deep appreciation of the necessity of confession of sin) would lead in the area of repentance over this national sin. The first step may be to engage in a national corporate lament as we struggle with the story of 12 Years a Slave.

Soong-Chan Rah is author of The Next Evangelicalism and a forthcoming commentary on the Book of Lamentations. He is also a member of Sojourners' Emerging Voices project.