It's Not Enough to Care About 'The Poor' by Jennifer A. Marshall 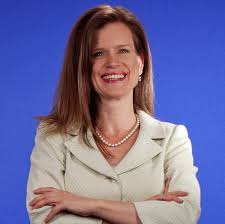 "It's just too easy to love 'The Poor,'" policy expert and author Amy L. Sherman says in a video interview for the study guide Seek Social Justice, an anti-poverty project. "It's a lot harder to actually do the hard work of building face-to-face relationships with real people with real needs, with real, messy issues."

The half-century anniversary of the War on Poverty is a good occasion to reflect on her observation. Fifty years ago yesterday, President Lyndon B. Johnson declared the War on Poverty in a speech that pledged "not only to relieve the symptom of poverty, but to cure it and, above all, to prevent it."

A flurry of federal antipoverty programs followed Johnson's rallying cry. Eight presidents later, the federal government runs 80 means-tested programs providing cash, food, housing, medical care, and targeted social services for poor and low-income Americans. Yet despite spending nearly $20 trillion since the War on Poverty began, the poverty rate remains almost as high today as it was in the mid-1960s.

Why the troubling persistence of poverty? What should those in the church do about it?

Long before LBJ's call to combat poverty, Christians heard a higher call to compassion for the poor. How to live out that biblical command in the context of 21st-century America is the challenge. And it's one that thinkers such as Sherman, author of the book Kingdom Calling: Vocational Stewardship for the Common Good, have encouraged Christians to think about more deeply.

Good intentions, they argue, aren't enough. Truly effective compassion means striving for human flourishing and seeking the conditions that make it possible. The good news is that the good news has equipped the church for the kind of relational restoration of individuals and communities that is so urgently needed for fighting poverty in America today.

First, effective compassion means we need to take time to understand the problem. Thankfully, absolute poverty—the kind of extreme, life-threatening deprivation we see in developing nations—has been all but eradicated in the United States. Material living conditions of those defined as poor by the government have improved over the past half-century.

Some situations are still particularly perilous. But typical poverty in America is deeper and more complex than simply material need—and our responses should take that reality into account.

Consider the relational conditions of the poor. More than 70 percent of poor families are headed by a single parent. Around 40 percent of families headed by single mothers are poor. Children born and raised outside marriage are about five-times more likely to be poor, research by The Heritage Foundation shows.

Sadly, the situation has only worsened over the history of the War on Poverty, leaving more children and families vulnerable to economic hardship. Since the mid-1960s, unwed childbearing has skyrocketed from 8 percent to more than 40 percent of all births, and from 25 percent to about 73 percent for black children. Welfare programs have contributed to the problem with marriage penalties—government benefits structured with financial disincentives for parents to marry—amid larger social trends toward family instability.

Effective compassion doesn't settle for handouts; it strives for true human flourishing that goes beyond material need. Made in the image of God, human beings are by nature relational. Brian Fikkert, co-author of the book When Helping Hurts, suggests that four fundamental relationships are essential: right relationship with God, self, others, and the created world.

Seeking holistic thriving helps us keep the created dignity of those we serve at the heart of our efforts—while also keeping us in touch with our own needs in these spheres. In our pursuit of flourishing, we need to consider how appropriate roles for marriage and family, church, business, and government—not to mention personal responsibility—can help prevent and overcome poverty. Effective compassion draws on all these roles and calls for right relationships among them.

Family is fundamental to human flourishing, particularly in caring for members' many needs. Family prepares children to live in communities. Its significance is particularly poignant in its absence: family breakdown is a significant predictor of hardship for a child, neighborhood, or community. Single-mother families are more than four times more likely to be in poverty than married-couple families. Churches cannot afford to ignore the need to rebuild a marriage culture generally and help to form and restore healthy marriages. Couples should consider serving as marriage mentors to those who never have witnessed a stable, loving marriage.

The church is equipped to address all the relational dimensions that contribute to full human flourishing. The church community can address the spiritual brokenness that lies at the root of much material need and relational breakdown. First Baptist Church in Leesburg, Florida., offers a particularly creative example of a range of ministries—from clothing closet to addiction treatment center to pregnancy center—that aim to meet not just physical needs but also the deep emotional and spiritual challenges underlying them.

Business sometimes is portrayed as the problem in debates about poverty. But enterprise provides us with the opportunity to work, and work is essential to human dignity, helping us pursue our creative potential as made in the image of God. Innovative ministries such as Houston's WorkFaith Connection train and place those who lack a traditional work history—whether because of addiction, incarceration, or welfare dependence. The Prison Entrepreneurship Program, also in Texas, is a particularly exciting ministry. It pairs CEOs with inmates nearing the end of their terms, to develop entrepreneurial skills and business proposals through rigorous training.

Government provides law and order, and it uses force as necessary to protect the weak and punish oppressors. Good government preserves the space for other institutions to fulfill their roles and responsibilities. Its role is limited: Government protects what family, church, business, and other communities cultivate. Government welfare programs may be able to provide temporary material assistance for those who have nowhere else to turn; but they also hurt when the helping hand creates dependence.

Each of us has a personal responsibility to heed the call to care for the poor. The Bible doesn't leave us room to make poverty someone else's problem. We should resist the temptation to keep the poor at arm's length through impersonal solutions or to ignore the problems in our own backyard because far-away causes grab our attention.

One way to exercise this responsibility is to steward the opportunities we have in a family, church, business, or civic role to contribute to the flourishing of all our neighbors. Engaging personally with our neighbors is the best way to grapple with the relational dimensions of poverty and social breakdown.

As Sherman warned, it's not easy. But we have marching orders from our Creator to do more than just say we care about "The Poor."

Note: Seek Social Justice is a DVD-based study guide developed by The Heritage Foundation and designed for small groups to explore issues related to poverty and social breakdown. To view video excerpts and for more information, visit SeekSocialJustice.com.

Jennifer A. Marshall is director of domestic policy studies at Heritage Foundation where she also directs the DeVos Center for Religion and Civil Society. She is the author of Now and Not Yet: Making Sense of Single Life in the 21st Century. You can follow her on Twitter @MarshallJenA.