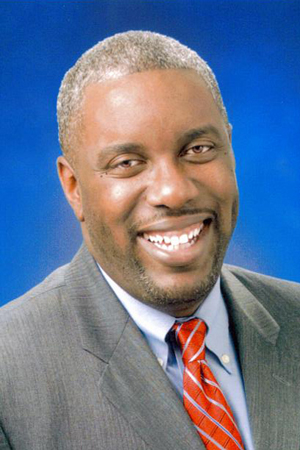 I had a very profound moment this week. I sat with a dear sister from the church, catching up on life and ministry. We spent the first half hour loudly praising God and exalting Him for His grace and mercy. Somehow we began to discuss some current issues in Cayman, together lamenting the pain and sorrow we see in so many lives. Then she said something that arrested me. She said, "I've had to admit that I am the one living the alternative lifestyle."

That comment blew back the clouds and I could see in the clarifying light of biblical truth. A cog turned and clicked into place. I've been guilty of referring to a range of sinful behaviors as "alternative lifestyles." In doing so, I've been assuming something about my own Christian identity and the state of the world that I ought not. It's here that her comment helped me so much.

You see, all this time, like most Christians I know, I've been assuming that my lifestyle, a Christian lifestyle, was or ought to be the mainstream lifestyle. I've been relying on a certain kind of Christian privilege that comes from most people in the country thinking of America as a "Christian country." That's meant seeing sin as deviant–not only from biblical Christian norms but also–problematically–from so-called "American norms." Despite my Bible belt upbringing, I've long known that "American" is not a synonym for "Christian." I've had to stridently distinguish the two for Middle Eastern Muslim audiences who often conflate them. Yet, somehow, I've continued to think of America as in the main "Christian like."

But Christians, as far as I can tell, have never been a super-majority in the country (despite the inflated membership figures used by major denominations). And though we can speak of a "Judeo-Christian ethic" as part of the warp and woof of the country, that's still a far cry from the country being comprised of a majority of genuinely born-again Christian citizens from whom we could expect Christian behavior. In fact, the vast majority of citizens are persons lost in their sin and needing rebirth through faith in Christ. We are traveling through vanity fair, not living in the celestial city.

Truly, the Christian is the one living the "alternative lifestyle." Or, we should be. Is this not what the Scripture constantly holds out to us as a description for how we ought to see ourselves and live? We are to "go out from their midst, and be separate from them" (2 Cor. 6:17). We are not to conform any longer to this world (Rom. 12:1). We may not have friendship with the world lest we make ourselves hostile to God (1 John 2:15-16). We "must no longer walk as Gentiles do" because "that is not the way we learned Christ!" (Eph. 4:17, 20). We who are in Christ are new creations (2 Cor. 5:17). In short, we are the strange ones that this fallen world does not recognize because it does not recognize our Lord.

The world goes on its merry way skipping toward judgment and wrath. In these last days, just as Jesus said, men are marrying and giving in marriage just as they were in Noah's day when the flood came. Rather than arguing for the assumed privilege that comes from nominal Christian identity, we who live an alternative lifestyle should work harder than ever to make Jesus known so people may escape the wrath to come. We have an invitation to give: Come to the water of life. Come, eat the bread of heaven. Comehave life more abundantly. Come live–not for unrighteousness and which ends in death, but for righteousness in Christ which leads to eternal life! Christ Jesus came into the world born of a virgin, Incarnate, lived a sinless life to become righteousness and holiness from God for us (1 Cor. 1:30), then offered himself to God as an atoning sacrifice to satisfy God's wrath for those who believe (John 3:16; 1 John 2:2). Those who receive this Christ enter an alternate life, an alternate reality, full of love, truth, forgiveness, joy, holiness and hope. The world needs this, not our privilege.