Balaam: What Happens When You Try To Strong-Arm God 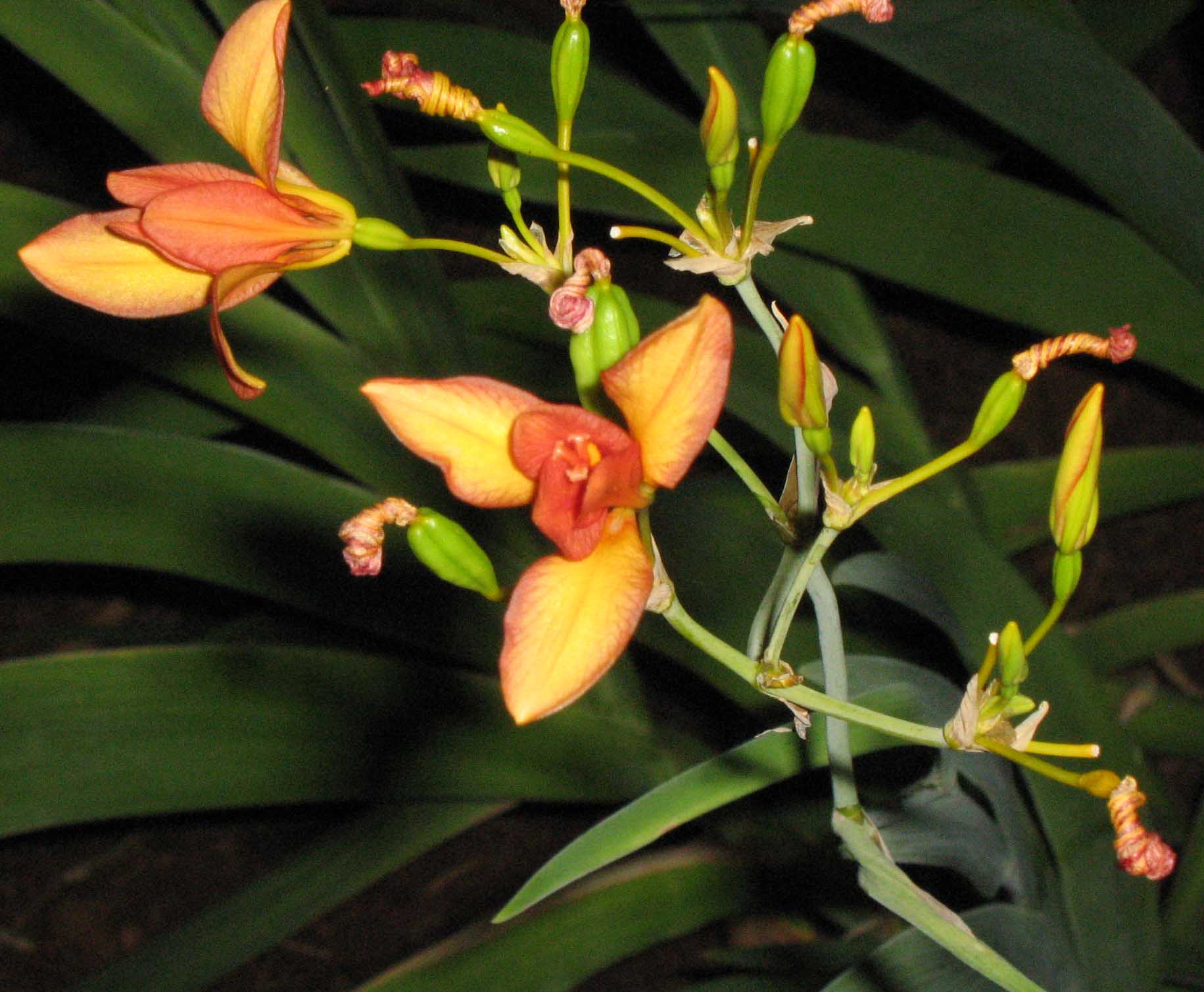 In Numbers, the surrounding nations watch as God pours out blessing and good fortune over and over on the Israelites.

Nations that try to impede this are run over. One ruler, Balak, wants some of this God blessing action to come his way, but he doesn't want the God part, just the blessing. As the Moabites try to get God to curse Israel, God instead pours out bountiful blessings on his people. The Moabites led by Balak want to avoid being overrun by the Israelites, as had happened to the Amorites. So Balak provides great wealth to Balaam, the most powerful magician/sorcerer in the Middle East, so Balaam will coerce God to curse Israel. Instead, three different times God speaks through Balaam to bless Israel. And a donkey plays a crucial role in convincing Balaam God is God.

What does this say about God’s attitude towards me?

Numbers Chapter 22  21-23 Balaam got up in the morning, saddled his donkey, and went off with the noblemen from Moab. As he was going, though, God’s anger flared. The angel of God stood in the road to block his way. Balaam was riding his donkey, accompanied by his two servants. When the donkey saw the angel blocking the road and brandishing a sword, she veered off the road into the ditch. Balaam beat the donkey and got her back on the road. 24-25 But as they were going through a vineyard, with a fence on either side, the donkey again saw God’s angel blocking the way and veered into the fence, crushing Balaam’s foot against the fence. Balaam hit her again.

26-27 God’s angel blocked the way yet again—a very narrow passage this time; there was no getting through on the right or left. Seeing the angel, Balaam’s donkey sat down under him. Balaam lost his temper; he beat the donkey with his stick. 28 Then God gave speech to the donkey. She said to Balaam: “What have I ever done to you that you have beat me these three times?” 29 Balaam said, “Because you’ve been playing games with me! If I had a sword I would have killed you by now.” 30 The donkey said to Balaam, “Am I not your trusty donkey on whom you’ve ridden for years right up until now? Have I ever done anything like this to you before? Have I?” He said, “No.” 31 Then God helped Balaam see what was going on: He saw God’s angel blocking the way, brandishing a sword. Balaam fell to the ground, his face in the dirt.

32-33 God’s angel said to him: “Why have you beaten your poor donkey these three times? I have come here to block your way because you’re getting way ahead of yourself. The donkey saw me and turned away from me these three times. If she hadn’t, I would have killed you by this time, but not the donkey. I would have let her off.” 34 Balaam said to God’s angel, “I have sinned. I had no idea you were standing in the road blocking my way. If you don’t like what I’m doing, I’ll head back.” 35 But God’s angel said to Balaam, “Go ahead and go with them. But only say what I tell you to say—absolutely no other word.”

Chapter 23: 5 Then God gave Balaam a message: “Return to Balak and give him this message.” 6-10 He went back and found him stationed beside his Whole-Burnt-Offering and with him all the nobles of Moab. Then Balaam spoke his message-oracle: Balak led me here from Aram, the king of Moab all the way from the eastern mountains. “Go, curse Jacob for me; go, damn Israel.” How can I curse whom God has not cursed? How can I damn whom God has not damned? From rock pinnacles I see them, from hilltops I survey them: Look! a people camping off by themselves, thinking themselves outsiders among nations. But who could ever count the dust of Jacob or take a census of cloud-of-dust Israel? I want to die like these right-living people! I want an end just like theirs! 11 Balak said to Balaam, “What’s this? I brought you here to curse my enemies, and all you’ve done is bless them.” 12 Balaam answered, “Don’t I have to be careful to say what God gives me to say?”

17-24 Balaam returned and found him stationed beside his Whole-Burnt-Offering and the nobles of Moab with him. Balak said to him, “What did God say?” Then Balaam spoke his message-oracle: On your feet, Balak. Listen, listen carefully son of Zippor: God is not man, one given to lies, and not a son of man changing his mind. Does he speak and not do what he says? Does he promise and not come through? I was brought here to bless; and now he’s blessed—how can I change that? He has no bone to pick with Jacob,  he sees nothing wrong with Israel. God is with them, and they’re with him, shouting praises to their King. God brought them out of Egypt, rampaging like a wild ox. No magic spells can bind Jacob,  no incantations can hold back Israel. People will look at Jacob and Israel and say, “What a great thing has God done!” Look, a people rising to its feet, stretching like a lion,  a king-of-the-beasts, aroused, Unsleeping, unresting until its hunt is over and it’s eaten and drunk its fill. 25 Balak said to Balaam, “Well, if you can’t curse them, at least don’t bless them.” 26 Balaam replied to Balak, “Didn’t I tell you earlier: ‘All God speaks, and only what he speaks, I speak’?”

Chapter 24 1-3 By now Balaam realized that God wanted to bless Israel. So he didn’t work in any sorcery as he had done earlier. He turned and looked out over the wilderness. As Balaam looked, he saw Israel camped tribe by tribe. The Spirit of God came on him, and he spoke his oracle-message: 3-9 Decree of Balaam son of Beor, yes, decree of a man with 20/20 vision; Decree of a man who hears God speak,  who sees what The Strong God shows him, Who falls on his face in worship, who sees what’s really going on.  What beautiful tents, Jacob,  oh, your homes, Israel! Like valleys stretching out in the distance,     like gardens planted by rivers, Like sweet herbs planted by the gardener God,  like red cedars by pools and springs, Their buckets will brim with water, their seed will spread life everywhere. Their king will tower over Agag and his ilk, their kingdom surpassingly majestic. God brought them out of Egypt, rampaging like a wild ox, Gulping enemies like morsels of meat, crushing their bones, snapping their arrows. Israel crouches like a lion and naps, king-of-the-beasts—who dares disturb him? Whoever blesses you is blessed,     whoever curses you is cursed.

10-11 Balak lost his temper with Balaam. He shook his fist. He said to Balaam: “I got you in here to curse my enemies and what have you done? Blessed them! Blessed them three times! Get out of here! Go home! I told you I would pay you well, but you’re getting nothing. You can blame God.” 12-15 Balaam said to Balak, “Didn’t I tell you up front when you sent your emissaries, ‘Even if Balak gave me his palace stuffed with silver and gold, I couldn’t do anything on my own, whether good or bad, that went against God’s command’? I’m leaving for home and my people, but I warn you of what this people will do to your people in the days to come.”

Then he spoke his oracle-message: 15-19 Decree of Balaam son of Beor,  decree of the man with 20/20 vision, Decree of the man who hears godly speech,  who knows what’s going on with the High God, Who sees what The Strong God reveals,  who bows in worship and sees what’s real. I see him, but not right now, I perceive him, but not right here; A star rises from Jacob  a scepter from Israel, Crushing the heads of Moab,  the skulls of all the noisy windbags; see Edom sold off at auction, enemy Seir marked down at the flea market, while Israel walks off with the trophies. A ruler is coming from Jacob who’ll destroy what’s left in the city.

20 Then Balaam spotted Amalek and delivered an oracle-message. He said, Amalek, you’re in first place among nations right now,  but you’re going to come in last, ruined. 21-22 He saw the Kenites and delivered his oracle-message to them: Your home is in a nice secure place,  like a nest high on the face of a cliff. Still, you Kenites will look stupid when Asshur takes you prisoner. 23-24 Balaam spoke his final oracle-message: Doom! Who stands a chance when God starts in? Sea-Peoples, raiders from across the sea, will harass Asshur and Eber, But they’ll also come to nothing, just like all the rest.