8 Evangelism Lessons from an Unlikely Convert by Nicholas McDonald 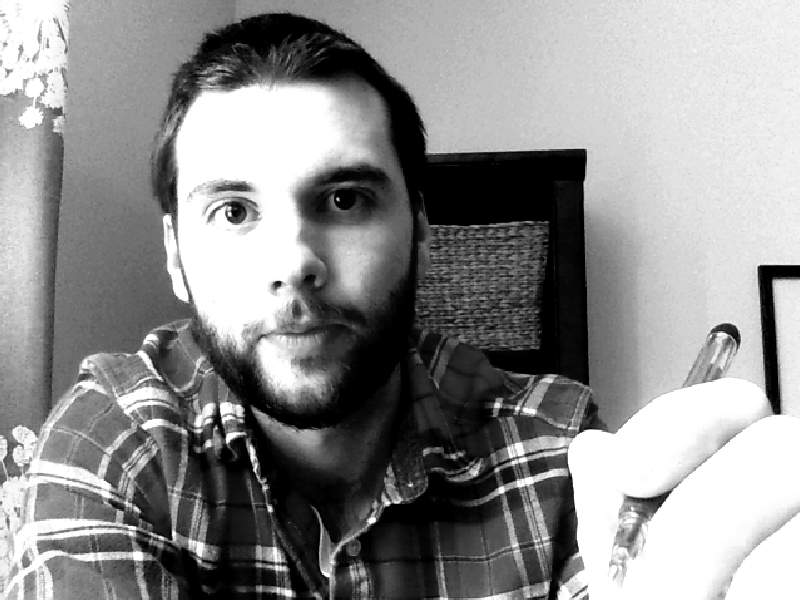 After being suggested to me for the umpteenth time that I watch Dr. Rosaria Butterfield's interview with Marvin Olasky, I finally carved an hour out of my afternoon and did it.

Well, the critics were right. It was well worth my time. Dr. Butterfield is a former lesbian and literature professor at Syracuse University, and is now a Christian mother married to a pastor in the Reformed Presbyterian Church. In the interview, she shares the story of her unlikely conversion and speaks frankly with Christians about how we can be better witnesses. Here are some of my favorite quotes, organized into lessons I want to put into practice:

1. Be patient. Rosaria describes the attitude of the pastor who reached out to her, and her first night having dinner at his house: "They also didn't do two of the things that are in the standard instructional book – namely, share the gospel and invite someone to church. They didn't do either of those things. I trusted them because they did not do those things. I did not want a kind of relationship in which I was expected to change and give up things that I dearly believed in and dearly held...They didn't treat me as a blank slate: 'Okay, here's someone who needs the gospel, let's get her through these points before we get her home'. They seemed more interested in having a long relationship with me...We started to become friends, genuine friends." Good evangelists are patient; we're not trying to rush people into "decisions", we're coming alongside them as a genuine friend who cares.

2. Be polite. Attitude is everything. Dr. Butterfield describes the letters she received after publishing a critical article regarding 'Promise Keepers', and the one letter that stood out: "The responses tended to be of two kinds. I had a tray for fan-mail and a tray for hate mail. And then I had a letter from a pastor, Ken Smith, which wasn't nasty, it was just questioning. So I didn't know what tray to put it in. Some of those questions, I had thought we had already dispensed with. But he had written in such a gracious way that I was intrigued by it." The manner in which we introduce the gospel is at least as important as what we say.

3. Be probing. Butterfield describes the contents of the letter as questions that intrigued her: "It had some questions that no one had ever asked me in my life. He asked whether I had considered the canonicity of the Bible – that it contained every genre that we taught at the university. 'Canonicity' and 'Genre' were literary terms I was familiar with. There were also questions about my well-being. They were genuine. And then there were questions about what I believed about God, and what I thought He thought about all this." Good evangelism almost always starts with good, genuine questions. Just look at the life of Jesus! Will Metzger in his book, "Tell the Truth", describes three layers of questions: 1. Common interest questions 2. Value questions (hopes, dreams, aspirations) 3. Belief questions. We need to ask good questions on all three levels to evangelize to the whole person.

4. Be prayerful. When Rosaria first set foot in church, she was impressed that the people of the church were on their knees for her: "What struck me is that what this church had been doing was praying for me faithfully. These are now my friends, and they shared with me that it was easier for them to be disgusted with a person like me than to pray for me...The church went from being a cleaned up, homeschooling kind of church to being a church with a lot of broken people." If conversion is regeneration, none of our words can sufficiently do the job. We need the power of the Holy Spirit to break through. When was the last time lost souls made their way into the prayer bulletin at your church?

5. Be plain. Several times, Butterfield pleaded with Christians to quit acting like we had it all together, starting with the first prayer she heard that made an impression on her: "He prayed a prayer that asked for forgiveness of sin, and not just a general prayer but one with specifics – Ken prayed for forgiveness for his carelessness of speech, for example, and these made me think of myself. Forgetting to bring a meal to someone...Churches need to share not only their resources, but their needs: 'Please pray for me in my lust; please pray for me in my bitterness, I've never forgiven so and so'...We would like to know that there are people who struggle with hard things: 'We're all cleaned up, but don't buy it... " Non-Christians need to see that we are not people who've gotten it together, but who've fallen apart at the cross of Christ.

6. Be philanthropic. One of Butterfield's observations regarding evangelism was the need for hospitality. She describes that in her experience with the LGBT community, she learned the value of getting to know people on a raw level by opening her house with her partner: "We need to be willing to take some risks. Ken and Flow had me in their house. And in their house we talked frankly about sexuality and politics. You have to think about whether those are conversations that might contaminate your world. With small children, we have to be careful. But I don't know that we're doing our children a great benefit if we claim that the Christian life is really easy...I don't know that we've been a great blessing to our children when we've sheltered them from some of these things. My friends from Syracuse had me into their homes and their children nurtured me and taught me a lot about life...As you're concerned about influence issues, work that out, but don't think that the big sin is the problem that other people are going to track in through your front door... Professors and pastors, you could really be off with your community because you only see them when their cleaned up...Once a week, our home was opened. People would just tell me what was going on." Christians, we need to bring those we consider "dirty" in the door – we need not fear "contamination" because we are the contaminants as well, and we have a remedy through Christ.

7. Be in pursuit. Butterfield challenges Christians to let go of their self-righteous prejudices and unfounded fears, and make friends with those they consider different by their own initiative: "They knew that they needed to bring the church to me, that I could not, could NOT come to the church...We don't want to have gay and lesbian friends because...why? What are they going to do? Go ahead, bring it on. What, you'll have to talk to your children? Good! Your children will be better off, if you talk to them about it...I believe this conversation is no longer going to happen effectively in the public square. We Christians are perceived as hard-hearted, outdated, outmoded; we speak out against gay marriage, we're bigots. We are no longer relevant. We need to gain a sense of relevance again, and we will do that by being good neighbors, by being good friends, by engaging with people on the private sector of things...Who is this Jesus? If we debate the politics and the culture, it'll go forever. But who is this Jesus who has called you to give up so much? Who is this Jesus who would be humiliated to be born in human form and to die on the cross?" Her analysis of society demonstrates that we need less vitriolic e-mails, less political facebook posts, and less arguing on the superficial levels of politics and 'family values' – these conversations need to happen in our homes, with our children, or they'll be communicated to deaf ears. They also need to be centered around the root of the issue, not the peripherals: "Who is Jesus Christ?"

8. Part with preferences. Butterfield was amazed that the pastor who invited her to dinner made a real attempt to connect with what Butterfield felt was valuable. He sacrificed his personal preferences to reach out, while not compromising in his integrity: "He didn't have air conditioning, and that was important. One of the things I had presumed about Christians was that evangelical Christians were people who just felt entitled to have a kind of dominion over the earth that is hateful and violent. And unhelpful, unkind. But their house was a little bit like my house. They served a vegetarian meal, and that was helpful because at that point I felt that the eating of meat was a violent activity, and their home and their culture didn't actually seem so different from mine." As Christians, we need to strip away every unbiblical obstacle to Christ and meet people where they are, and sacrifice our preferences for non-essentials in order to do the essential work of evangelism.

You can watch this wonderful interview here: