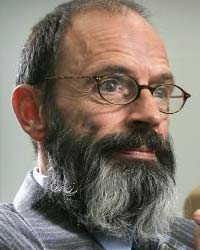 Edward G. Dobson (born December 30, 1949) is a Northern Irish-American who was an executive of the Moral Majority and the pastor of a megachurch in Grand Rapids, Michigan. He is an evangelical author and Vice President for Spiritual Formation at Cornerstone University.[1]

In 1964, Dobson moved to the United States from Northern Ireland. He earned a BA (1970) and an MA (1972) from Bob Jones University and later an EdD (1986) in higher education at the University of Virginia.[2] At 23, Dobson became Dean of Men at Liberty University, "but before long he was also teaching New Testament survey, coaching the soccer team, and taking on more administrative duties. In time, Dobson was named vice president for student life as well as associate pastor of Thomas Road Baptist Church." When the Moral Majority was organized in June 1979, Jerry Falwell named Dobson to the board.[3] Three years later, the premiere issue of Fundamentalist Journallisted him as one of two senior editors; he became editor-in-chief two and a half years later and served as a voice of the Moral Majority.[4]Dobson and another Liberty faculty member, Ed Hindson, effectively ghost-wrote Falwell's The Fundamentalist Phenomenon (1981).[5] With his mentor, Dobson also drifted away from fundamentalism toward more mainstream evangelicalism.

Nevertheless, by the late 1980s, Dobson had decided that the rationale behind the Moral Majority had been wrongheaded and that to a significant degree cultural problems could not be remedied through the political process.[6] In 1987, Dobson left Liberty (just as Falwell became responsible for the empire of failed televangelist Jim Bakker) and took the pastorate of Calvary Church in Grand Rapids, Michigan, where he remained for eighteen years (1987-2005).[7] In 1993, Moody Bible Institute named him "Pastor of the Year." Dobson serves as an advisory editor for Christianity Today.[8]

After Dobson was diagnosed with Amyotrophic Lateral Sclerosis (Lou Gehrig's Disease) in January 2001,[9] he wrote Prayers and Promises when Facing a Life-Threatening Illness.[10] In Spring 2008, Grand Rapids Theological Seminary dedicated a "Dobson Study Center" in its classroom building to honor Dobson's long pastorate and television ministry in Grand Rapids. [11]

In January 2009, Dobson was interviewed on Good Morning America because he had attempted to live a year as Jesus had, observing Sabbath and Jewish holidays and festivals. Dobson said that he had voted for Barack Obama on the grounds that Obama "was closer to Jesus's teachings."[12]


A link to an audio file of the teaching is below--