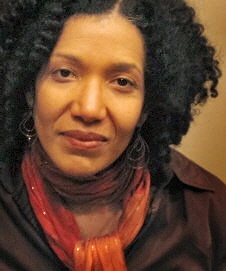 When Franklin Graham expressed doubts about President Obama's Christian faith during and interview on Morning Joe last week, it reminded me of an uncomfortable dinner I had in the late '90s.

I sat down for a pleasant meal in the home of two great friends - one of them a white evangelical faith leader deeply committed to social justice. Well into the evening's conversation -when we'd dropped all our pretenses and our exchanges moved well past mealtime niceties - one friend asked me something that caught me entirely off guard.

"Do you think Martin Luther King, Jr. was a Christian?" he said.

I was dumbstruck. I had never heard anyone actually ask that question before.

"Yes," I replied. "What would make you doubt that?"

As he explained, it became clear: My friend wasn't sure whether Dr. King was a Christian because King's Christianity didn't look like my friend's Christianity.

And yet my friend still was hung up about King's faith because, to his eye, King didn't seem interested in "evangelism" as my friend defined it - i.e. the practice of calling sinners into personal relationship with God through faith in Jesus Christ whose death on the cross as payment for our sins.

Twentieth-century white evangelical understanding of the Gospel guided (and in many ways defined) my friend's Christian walk. Therein lies the disconnect between his Christian faith and Dr. King's.

According to sociologists Michael Emerson and Christian Smith (authors of Divided by Faith: Evangelical Religion and the Problem of Race in America), only one thing separates white and black evangelicals, but it makes all the difference in the world: Vastly different experiences of structural and systemic oppression.

Black evangelicals have a long history of interaction with oppressive systems and structures. When African Americans read the Bible, they see the more than 2,000 passages of Scripture about God's hatred for poverty and oppression. They see God's desire for systems and structures to be blessings to all of humanity - not a curse to some and a blessing for others.

White evangelicals generally do not experience such systemic oppression. According to Emerson and Smith, most white evangelicals don't prioritize or even see the thousands of references in the Hebrew Scriptures and and New Testament about structural and systemic injustice.

Accordingly, the Gospel - and by extension their evangelism - is about only one thing: Personal salvation through faith in Jesus Christ, who died for their sins, and a personal relationship with him.

Black evangelicals also have personal faith that Jesus' death paid for their sins, but their Gospel doesn't end with personal (and individual) salvation. For Dr. King and Sojourner Truth and Fannie Lou Hamer and the Rev. John Perkins and Nelson Mandela and for hundreds of thousands of Black Christians around the world and for me, thegood news of the Gospel is that Jesus' life, death, and resurrection were for the redemption of both individual soulsand the redemption of whole societies.

Franklin Graham's father, Dr. Billy Graham, didn't always understand this, either. The elder Graham's revivals began as segregated affairs, but the Supreme Court's desegregation ruling in Brown v. Board of Education of Topeka (1954) agitated his conscience and quickly course corrected. From that point on, Billy Graham never again held a segregated revival.

For Billy Graham, Martin King was a Christian.

In the last decade or so, a new generation of white evangelicals - such as my friends, Shane Claiborne, Kelly Moltzen, Josh Harper, and others - have intentionally displaced themselves, moving into impoverished communities of color in order to gain the experience their parents and grand-parents lacked. As a result, their white evangelical eyes are open.

They see those 2,000 scriptures about poverty and injustice. And this new generation of white evangelicals is committed to fight systemic and structural justice because of the Gospel.

So, it grieved me to hear Franklin Graham's doubt-filled commentary on President Obama's faith.

Obama has described in his own words (and quite publicly) how he has a personal relationship with Jesus Christ, how as a young community organizer in Chicago in the late '80s, he walked down the aisle of a church during an altar call to make a public profession of that faith - a practice developed by one of the greatest American evangelists of all time, Charles Finney.

The president has clearly professed his belief that Jesus died on the cross as payment for his sins. And Obama repeatedly invokes the words of Jesus that guide his world view: "Just as you did to the least of these, you did to me." (Matthew 25:40)

For a moment, Franklin Graham's cynicism tested my own faith. I wondered if he had any idea that when he questioned the president's faith, it felt as if he were questioning my faith.

I wanted to know if the transformational power of Jesus' death and resurrection that is powerful enough to save our souls, also could open Franklin's eyes and soften his heart to the world and experience of his black brothers and sisters.

Repentance is sweet, not only for the sinner, but also for the world. It reminds us all of what is right; what is good; what is true. Franklin Graham apologized for his comments repented this week.

This public discussion is now a lesson for us all. I have an abiding hope that, just maybe, the power of Jesus' resurrection is powerful enough even to save the church.

Lisa Sharon Harper is the Director of Mobilizing at Sojourners. She is also co-author of Left, Right and Christ: Evangelical Faith in Politics and author of Evangelical Does Not Equal Republican ... or Democrat.