6 Dramatic Trends Your Church May Be Ignoring by Churck Warnock, from Ethics Daily 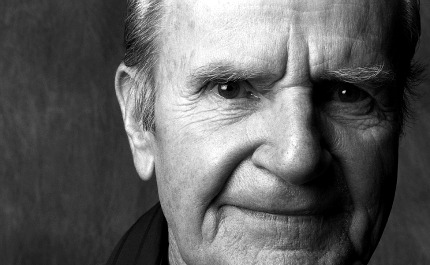 Despite the adoption of coffee bars, PowerPoint presentationsand full-stage lighting, churches are seldom on the cutting edgewhen it comes to addressing demographic trends.

Here are six dramatic trends that are not being addressedadequately by local churches, church networks ordenominations.

If we continue to ignore these trends for another decade,churches will continue to see an erosion of members,attendance and relevance in a rapidly changing Americanculture.

Gleaned from "Six Disruptive Demographic Trends: WhatCensus 2010 Will Reveal" published by The FrankHawkins Kenan Institute of Private Enterprise at the Universityof North Carolina (UNC), these trends will impact churches aswell as the U.S. economy.

1. The South has several new faces.

The report reads: "...between 2000 and 2008, the South wasthe preferred destination for movers in nearly all of the majordemographic groups, including blacks, Hispanics, the elderly,and the foreign born."

While the Northeast and Midwest grew by 6.5 and 9.4 percentrespectively, the South attracted over half (51.4 percent) of the24.8 million increase in the U.S. population.

The West garnered about one-third of the total U.S. growth, butwas a net exporter of two out of the four groups mentioned.

Of course, the South isn't called the Bible Belt for nothing, butestablished churches in the South tend to be single-racechurches, white and black, with few examples of churchesdesigned to address the issue of the South's growingmulticulturalism.

Mark de Ymaz in Arkansas is doing it, and Soong-Chan Rahwrites about it, but at the local church ministry level few areaddressing this multicultural growth trend.

2. The minority majority is coming.

In the 1980s when I first visited Fuller Seminary's campus inPasadena, Calif., I was told that there was no majority group inPasadena - everyone was a minority. That trend is now agrowing reality across America.

The UNC report calls it the "browning of America," which is aphrase I don't like because it pits white against "browns," and ifnot carefully stated becomes a pejorative description of thosenot white.

Between 2000 and 2009, Asians increased by 31 percent,blacks by 10 percent, and Hispanics by 36 percent. Non-Hispanic whites increased by only 2 percent.

Immigration patterns and birth rates are the primary drivers ofthis coming minority majority. By 2050, the non-Hispanic whitepopulation will fall below 50 percent for the first time in ournation's history.

No group will be the majority population, and that holds bothgreat challenge and great promise for churches in the next 40years.

Same-gender marriage has grabbed the headlines, but cross-ethnic marriages are the quiet growing reality.

"Among newly married couples, the out-marriage rate was 14.6percent in 2008, up from 6.7 percent in 1980," according to theUNC report. In addition, those marrying outside their ethnicgroup tend to be more, not less, educated.

Churches in our community (rural, southern Virginia) tend not tohave interracial couples, although there are many in ourcommunity.

As this out-marriage trend grows, churches will need to becomemore conscious and sensitive to these ethnically blendedfamilies.

Church literature and advertising will need to run images ofcross-ethnic couples and families in order to indicate a church'swelcome to these blended marriages.

"On January 1, 2011, the first baby boomer born in Americaturned 65 and set into motion what we refer to as the "silvertsunami." Almost 80 million baby boomers will leave the U. S.workforce in the next 20 years.

Churches already skew older than the national populationaverage, and this will only become more pronounced in the nexttwo decades.

Seeker-sensitive churches that sprang up to attract babyboomers in the 1980s will be impacted by the aging of thisgroup.

While churches almost always want to attract young families, bydefault and intention there will be churches that focus primarilyon senior adults.

Senior adult ministry for and with older adults will not just be asubgroup of larger congregations.

Entire churches will be senior-led, benefitting from the years ofexperience, education, skills and resources this grouppossesses.

According to the report, men "bore 80 percent of total U.S. jobloss between 2007 and 2009" leading some to proclaim the"end of men" in the economic market.

Out of 10 college graduates over the past decade, six werewomen, four men. Women own 40 percent of all U.S.businesses, and women hold 43 percent of all executive,administrative and managerial positions in the U.S. economy.

"Women are close to surpassing men as the numerical majorityin the paid U.S. workforce." In addition, in "married couplehouseholds, women now account for 47 percent of householdincome," and 63.3 percent of mothers were the primary or co-breadwinner, up from 27.7 percent in 1967.

The implication for churches is obvious in several areas.Ministries to men and women need to recognize these newworkplace realities.

Ozzie and Harriett are dead, and churches need to deal withgender issues like it was 2012, not 1952.

6. Grandparents are the new parents.

"In 2010, 4.9 million American children lived in grandparent-headed households." This is an increase of 26 percent versus a4 percent increase for children living in all other typehouseholds.

Increasingly, these grandparent-led households also includeone or more adult children who are parents of thegrandchildren. And, 40 percent of children were living in a homeheaded by a grandmother only.

This growing family-type challenges the traditional church ideaof what it means to be a family, and provides opportunity forchurches to meet the unique needs of grandparent-ledhouseholds.

That these households tend to be non-white and economicallystressed provides additional challenges for church ministry.

Each one of these trends challenges the traditional church'sidea of its community, membership, inclusivity andunderstanding of gender and race issues.

Small churches will face unique challenges, but also uniqueopportunities in addressing these trends.

However, if denominations, churches and church networkscontinue to ignore these society-shaping developments, we willmiss the great opportunities for growth, outreach and churchrevitalization in the 21st century.

Chuck Warnock is pastor of Chatham Baptist Church inChatham, Va. He blogs at Confessions of a Small-ChurchPastor, where this column first appeared.