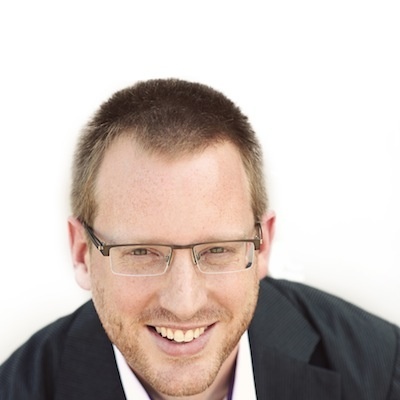 Satan hates God and therefore he hates God’s people, the church. His great plan for the church is to cause Christians—true believers who ought to be together in the gospel—to find ways of disagreeing among themselves, to divide, to be bitter and jealous, and ultimately to “bite and devour one another” (Gal. 5:15). Here are twelve ways that you can repulse Satan’s attacks.
#1. Spend more time considering evidences of grace in other Christians than you do pondering their sins and weaknesses. You, as a Christian, probably have a much greater ability to see weakness in other believers than to see strength. It is as if you use a magnifying glass when looking for weakness and a telescope when looking for grace. Brooks warns, “Sin is darkness, grace is light; sin is hell, grace is heaven; and what madness is it to look more at darkness than at light, more at hell than at heaven.” Indeed.
#2. Consider that spiritual safety comes through spiritual unity. Christians united together are difficult to separate, difficult to break, difficult to pick off and destroy. It is when you isolate yourself by disrupting or denying unity that you are most at risk.
#3. Meditate on God’s many commands demanding that we love one another. When you feel your heart begin to turn against another Christian, this is the time to turn to the many commands to love one another—commands found in places such as John 15:12, Romans 13:8, Hebrews 13:1, 1 John 4:7, 1 Peter 1:22, and so on. Allow God’s Word to convict you of love’s necessity.
#4. Spend more time considering areas of agreement than disagreement. The doctrines you share with other true believers are the foundational doctrines; the ones you do not share are necessarily less central to the faith. Acknowledging that you and those with whom you disagree will spend eternity together should encourage you to not allow peripheral doctrines to separate you here on earth.
#5. Consider your peaceful God. God is the God of peace, Christ is Prince of peace and the Spirit is the Spirit of peace. Having made peace with God, having bowed before Christ, having been indwelled by the Spirit whose fruit is love, joy, peace…, you now have the ability, and ought to have the desire, to be at true, deep and lasting peace with other Christians.
#6. Renew in your mind and heart what it means to be at peace with God. Preach the gospel to yourself, because as you consider who you are in light of God’s perfect goodness, holiness and peace, you must soften toward others.
#7. Meditate on the unique relationship between Christians. Psalm 133:1 proclaims the goodness and pleasantness of dwelling together in unity; there are some things in the world that are good but not pleasant and others that are pleasant but not good. But to live in peace is both pleasant and good. Consider what it means to be bound together in God’s family with fellow travellers who are on that same pilgrimage to that very same destination.
#8. Count the cost of disunity. When relationships break down, disagreement inevitably follows, and every disagreement between Christians is a triumph of Satan. If you descend into disunity, you hand Satan a victory. Maintain peace and deny him the triumph!
#9. Be the first to seek peace and reconciliation. You are a Christian today only because God was the first to seek peace with you. You are now called and equipped to be the first to seek after peace and to attempt to pursue and maintain unity. As you do this you have the high honor of acting as an imitator of God.
#10. Walk and work together with other Christians as far as possible, making the Word the only judge of your actions. It is God’s loss and your loss, and it is Satan’s gain, when you will not walk in love with other Christians, when you will not work arm-in-arm together, with those with whom you have so much in common. There is so much more of the Lord’s work we accomplish together than apart.
#11. Judge yourself more than you judge others. If you were to spend more time considering your own sin, and less time considering the sins of others, you would never be so quick to judge and to separate yourself from other true believers. Brooks says, “There are no souls in the world that are so fearful to judge others as those that do most judge themselves, nor so careful to make a righteous judgment of men or things as those that are most careful to judge themselves.”
#12. Pursue humility. Humility necessarily generates peace among Christians. Humility will prepare you to serve instead of be served, to overlook an offense, to pursue every kind of unity, to see others succeed where you fail, and to respond with joy and grace to every other possible source of disunity.
(These twelve points are based on chapter 5 of Thomas Brooks’ Precious Remedies Against Satan’s Devices.)
The Tweetable Puritan
Humility can weep over other men’s weaknesses, and joy and rejoice over their graces.
Humility makes a man richer than other men, and it makes a man judge himself the poorest among men.
There are no souls in the world that are so fearful to judge others as those that do most judge themselves.
It is not a base, low thing, but a God-like thing, though we are wrong by others, yet to be the first in seeking after peace.
The disagreement of Christians is the devil’s triumph; and what a sad thing is this, that Christians should give Satan cause to triumph.
Unity is the best bond of safety in every church.
It is sad to consider that saints should have many eyes to behold one another’s infirmities, and not one eye to see each other’s graces.
Sin is hell, grace is heaven; what madness it is to look more at hell than heaven.
There is nothing that speaks a man to be more empty and void of God, Christ, and grace, than self-seeking.
http://www.challies.com/reading-classics-together/12-ways-to-preserve-christian-unity