Gentiles in the Hands of a Genocidal God by Philip Cary 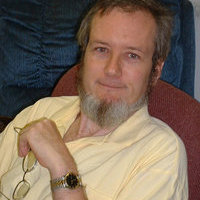 There is genocide in the Bible.

Scripture both describes the Israelites exterminating the Canaanites in cities like Jericho (Josh. 6:21), and also presents this as the command of God. This is what the Israelites are supposed to do when they enter the Promised Land and encounter its inhabitants: "devote them to complete destruction . . . and show no mercy to them" (Deut. 7:2, esv).

The Hebrew word for "devoting to destruction" is herem. It is not an ordinary kind of massacre but something sacred, a way of giving things totally to the Lord. It includes property and livestock as well as men, women, and children.

And it has the effect of cleansing the land of abominations. The procedure looks very much like an ethnic cleansing demanded by the holiness of God.
Is this what holiness looks like? Is this what we are supposed to imagine when we read, "Be holy, for I am holy" (Lev. 11:44, ESV)? How can we possibly read and teach the genocide accounts in our churches today?

To answer that question, we have to go back to the narrative and our peculiar place in it. And we have to ask who "we" are, who are hearing the command.

Who Do We Think We Are?

We are a bit too apt to forget that this is a problem. The vast majority of Christians after the earliest decades of the church have been Gentiles—"the nations," to use the biblical language. We have been reading Israel's Scriptures so long that we forget that these words were not originally addressed to us.

For example, the preface to the Ten Commandments says, "I am the Lord your God, who brought you out of Egypt, out of the land of slavery" (Ex. 20:2).

To hear the commands that follow as addressed to us, we have to identify ourselves with the people God brought out of Egypt. We have to say, in some sense, that we are Israel.

And how do we Gentiles get away with that? The difference is highly relevant to the issue of how we are to understand the destruction of Gentiles in the land of Israel. What could give us the right to think of ourselves as belonging to Israel, rather than being the kind of people who should be destroyed?

The New Testament's answer is clear: faith alone. Only faith in Jesus Christ brings Gentiles into covenant with God, grafting them into the life of Israel like a wild olive shoot grafted into a well-cultivated olive tree (Rom. 11:24). And even so, Paul insists, Gentiles who believe in Christ don't simply become Jews: they are not required to be circumcised or to follow all the laws of Moses. And that leaves us Gentile Christians in a rather complicated position with respect to the Old Testament commandments. We read them and believe them to be the Word of God, but we don't try to put all of them into practice.

In fact, with respect to the command to exterminate the Canaanites, our position is less like Israel's and more like that of Rahab, the Canaanite prostitute in Jericho who befriends the Israelite spies. She has not taken part in Israel's exodus, but she has heard of it and believes it. She knows the name of the Lord, the God who has given the land to Israel, and she confesses that he is God of heaven and earth (Josh. 2:9–11). She is a believer, and eventually will be included in Hebrews 11's great litany of heroes who lived by faith. But she is not an Israelite. She is a Canaanite who hopes to live, not die.

As a believer, Rahab can have hope, because the threat she faces is not so much moral as religious. It is not as if the Israelites were so much more righteous than every other nation (Deut. 9:4–6). Israel is holy not because of their own righteousness but because the Lord loves them and chose them as his people. And the holiness of the Lord is a kind of jealousy that claims Israel as his own, not allowing other nations to lead them into worshiping false gods (7:5–8). That is the holiness that leads to herem, the extermination of Rahab's people for their idolatry.

My proposal is that to read this story properly, as Gentiles, is to put ourselves in Rahab's place. Our origin lies not with the people who hear the command to kill, but with those who are to be killed. We belong with those who should be devoted to destruction because we offend against the holiness of God. And yet what has actually happened is that, like Rahab, we have received mercy through faith in the God of Israel.

To read the Canaanite genocide this way is to have our hearts formed the way the New Testament intends for Gentiles. We have to acknowledge that the holiness of God does indeed mean death for us. At precisely this point, it should be clear that we have entered familiar territory for Christian theology. We know the wages of our sin is death (Rom. 6:23), and the holiness of God is therefore a mortal threat to us—which ought to drive us to faith in Christ.

Yet finding ourselves with Rahab has some less familiar consequences. We need to join her as she befriends the Israelites, entering into a relationship of mutual lovingkindness and loyalty described by that wonderful Hebrew word hesed (Josh. 2:12, 14). You could say that what frees Rahab from herem is hesed, the lovingkindness of her relationship with Israel.
Through her lovingkindness, Rahab is the beneficiary of a blessing given originally to Abraham and, through him, to all Israel. "I will bless those who bless you," the Lord says to Abraham (Gen. 12:3), words that are echoed when Isaac blesses Jacob (27:29) and when Balaam is forced to turn the curse he intended for all Israel into a blessing (Num. 24:9).

To read this story properly, as Gentiles, is to put ourselves in Rahab's place. Our origin lies not with the people who hear the command to kill, but with those who are to be killed.

It is a dangerous thing indeed to curse Israel, since the next thing the Lord says after blessing Abraham is, "him who dishonors you I will curse." The Canaanite genocide carries out that curse. Yet even the curse is aimed ultimately at blessing for all, as the Lord concludes his blessing of Abraham by saying, "In you all the families of the earth shall be blessed" (Gen. 12:3, esv). These are precious words, heard later in the Lord's blessing of Isaac (26:4) and Jacob (28:14). Paul describes them as God preaching the gospel beforehand (Gal. 3:8). For Christ himself fulfills these words, making the blessing of Abraham into a blessing for all who believe.

Because of this gospel blessing, we can hear "I am the Lord your God" as words addressed to us, since we too share the faith of Abraham. But notice what this commits us to. It means we Gentile believers in Christ are to be a blessing to the people of Israel, "that by the mercy shown to you they also may now receive mercy," as Paul says (Rom. 11:31, esv).

Alas, what sort of blessing have Gentile Christians been to Israel? So much persecution of the Jews fills our history. Even our evangelism has often meant attempting to put an end to them. As Messianic Jews have recently pointed out, that is what Christians did by demanding that Jews who accept Christ must cease to practice Judaism—in effect ceasing to be Jews. It meant turning them away from their covenant with the God of Abraham and Moses, as if we had forgotten that this was none other than the God and Father of our Lord Jesus Christ.

As a result, we preached Christ to them in a way that could only make him look like a false god, an alternative to covenant faithfulness. We played Canaanite, leading Israel astray.

How then shall we read the Canaanite genocide? I would say: as Canaanites, prone to lead Israel astray, yet blessed by the faith of Abraham. This is a faith shared by Rahab in her lovingkindness toward Israel, and offered to Gentiles in Jesus Christ who is, as his genealogy attests, the son of Rahab as well as the son of David (Matt. 1:5–6).

When we see ourselves in Rahab, we recognize that we are those who deserve death, who have no hope for mercy but by faith in the God of Israel and his Son, Jesus Christ.

But we also see ourselves as belonging, by that same utterly undeserved mercy, to the covenant he has made with his beloved Israel. To read the Canaanite genocide in church therefore requires us to understand the church properly, as the body of Christ in which the dividing wall of hostility between Jew and Gentile is gone (Eph. 2:14). It is to understand that the blessing of God comes to us Gentiles through the Jews, with whom we are therefore bound in relations of lovingkindness.

"Salvation is from the Jews," our Lord tells the Samaritan woman (John 4:22). Samaritans, Canaanites, Americans—all manner of Gentiles can expect to find mercy and blessing and life only by looking outside their national identity. No nation has the promise of everlasting life before God except Israel. Of course this means not the present nation-state of Israel but the people of Israel, descended from Abraham, Isaac, and Jacob. But by the same token, it does mean this people, this ethnicity, its flesh and its descendants. They shall endure, long after there are no more Samaritans, Canaanites, or Americans.

For Jewish flesh belongs to the Incarnation of God himself. Jesus, the son of David and the son of Rahab, who is exalted bodily to the throne of God, is a Jew. If we read the Canaanite genocide properly as Gentile Christians, we will seek to be a blessing to the Jews, who have been such a great blessing to us in Jesus, the King of the Jews. This may seem a strange lesson to take from a story of genocide. But the Bible is full of strange lessons, containing strange reversals like the story of Rahab. Or like Paul's hope that not only will Gentiles receive mercy through the Jews, but that the Jews will receive mercy through Gentiles (Rom. 11:31).

The story of Rahab's family escaping the Canaanite genocide is, like the story of the Flood, the story of what did not happen. It is the story of those who, by all rights, have no place on the face of this earth, but nonetheless here we are, by the mercy of God exercised through the elect who found favor in his sight. If we see in this story how the well-deserved judgment of death becomes for us life in Christ Jesus, even the terrible texts of herem will build us up in faith, hope, and love.

The truth is that much of the Bible will remain a closed book to us until, like Rahab, we enter into a relationship of lovingkindness with the people of Israel. That is one lesson to take away from the Bible's story of genocide. Another is that the holiness of God remains a mortal threat to us insofar as we continue to dishonor his chosen people and hinder their faithfulness to him. If we Gentile Christians learned this much from reading the Canaanite genocide, it would do us a great deal of good. It would help us believe like Abraham, hope like Paul, and love like Rahab.

Phillip Cary is a philosophy professor at Eastern University and author of Jonah in the Brazos Theological Commentary on the Bible.