9 Things You Should Know About Christmas by Joe Carter 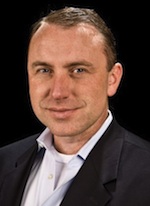 Christmas is the most widely observed cultural holiday in the world.

Here are nine things you should know about the annual commemoration of the birth of Jesus:

nativity-scene-background1. No one knows what day or month Jesus was born (though some scholars speculate that it was in September). The earliest evidence for the observance of December 25 as the birthday of Christ appears in the Philocalian Calendar, composed at Rome in 336.

2. Despite the impression giving by many nativity plays and Christmas carols, the Bible doesn't specify: that Mary rode a donkey; that an innkeeper turned away Mary and Joseph (only that there was no room at the inn); that Mary gave birth to Jesus the day she arrived in Bethlehem (only that it happened "while they were there"); that angels sang (only that the "heavenly host" spoke and praised God); that there were three wise men (no number is specified) or that the Magi arrived the day/night of Jesus' birth.

3. Rather than being born in a stable, Jesus was likely born in a cave or a shelter built into a hillside. The hills around Bethlehem were dotted with small caves for feeding and boarding livestock. The exact site of Jesus' birth is unknown, but by the third century, tradition had established a probable cavern. Constantine's mother, Helena, erected the Church of the Nativity in Bethlehem over the small space.

4. During the Middle Ages, children were bestowed gifts in honor of Saint Nicholas (the namesake for Santa Claus). In an attempt to turn away from the Catholic veneration of saints and saint's days, Martin Luther laid gift-giving in his household on Christmas Eve. He told his children that "Holy Christ" (Christkind) had brought their presents. The tradition caught on with many Lutherans, though later St. Nick would get the credit as often as Christkind.

5. Martin Luther is widely credited as the first person to decorate Christmas trees with lights. Walking toward his home one winter evening, composing a sermon, he was awed by the brilliance of stars twinkling amidst evergreens. To recapture the scene for his family, he erected a tree in the main room and wired its branches with lighted candles.

6. The X in Xmas was not originally intended, as some people believe, to "take Christ out of Christmas." The written symbol X was frequently used to represent the letter in the Greek alphabet called Chi (the first letter in the Greek word Christos). In many Greek manuscripts of the New Testament, X abbreviates Christos (Xristos). This practice entered the Old English language as early as AD 1000 and by the 15th century, "Xmas" was widely a used symbol for Christmas.

7. The Puritans objected to the celebration of Christmas. In 1647, the Puritan government canceled Christmas, forbidding traditional expressions of merriment, ordering shops to stay open, churches to stay closed, and ministers arrested for preaching on Christmas Day.

8. Alabama was the first state to officially recognize Christmas in 1836 and Oklahoma the last in 1907, even though it was declared an official holiday on June 26, 1870.

9. Origin of Christmas terms: "Christmas" is a compound word originating in the term "Christ's Mass," derived from the Middle English Cristemasse; "Nativity", meaning "birth", is from Latin nātīvitās; in Old English, Gēola ("Yule") referred to the period corresponding to January and December, which was eventually equated with Christian Christmas; "Noel" (or "Nowell") entered English in the late 14th century and is from the Old French noël or naël, itself ultimately from the Latin nātālis (diēs), "(day) of birth".