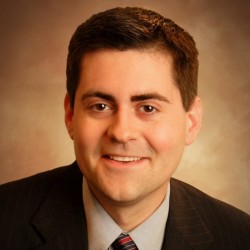 As a conservative evangelical Christian, I believe the so-called transgender question will require a church with a strong theological grounding, and a winsome pastoral footing.

Ultimately, the transgender question is about more than just sex. It's about what it means to be human.

Poet Wendell Berry responded to techno-utopian scientism with the observation that civilization must decide whether we see persons as creatures or as machines. If we are creatures, he argued, then we have purpose and meaning, but also limits. If we see ourselves, and the world around us, as a machine, then we believe the Faustian myth of our own limitless power to recreate ourselves.

This is, it seems to me, the question at the heart of the transgender controversy. Are we created, as both the Hebrew Scriptures and Jesus put it, "male and female," from the beginning or are these categories arbitrary and self-willed? Do our bodies, and our sexes, represent something of who we were designed to be, and thus impose limits on our ability to recreate ourselves?

Laws such as those in California will quickly test the boundaries of society's tolerance for a psychological and individualistic definition of gender. There are reasons, after all, why societies put boys and girls in different bathrooms, men and women on different sports teams. When gender identity is severed from biological sex, where does one's self-designation end, and who will be harmed in the process?

As conservative Christians, we do not see transgendered persons as "freaks" to be despised or ridiculed. We acknowledge that there are some persons who feel alienated from their identities as men or as women. Of course that would be the case in a fallen universe in which all of us are alienated, in some way, from how God created us to be.

But we don't believe this alienation can be solved by pretending as though we have Pharaoh-like dominion over our maleness or femaleness. These categories we believe (along with every civilization before us) are about more than just self-construction, and they can't be eradicated by a change of clothes or chemical tinkering or a surgeon's knife, much less by an arbitrary announcement in the high school gym.

The transgender question means that conservative Christian congregations such as mine must teach what's been handed down to us, that our maleness and femaleness points us to an even deeper reality, to the unity and complementarity of Christ and the church. A rejection of the goodness of those creational realities then is a revolt against God's lordship, and against the picture of the gospel that God had embedded in the creation.

But this also means that we will love and be patient with those who feel alienated from their created identities. We must recognize that some in our churches will face a long road of learning what it means to live as God created them to be, as male or female. That sort of long, slow, plodding and sometimes painful obedience is part of what Jesus said would be true of every believer: the bearing of a cross. That cross-bearing reminds us that God doesn't receive us because of our own effort but because God reconciled us to himself through the life, death, and resurrection of Jesus.

Our transgendered neighbors will disagree with us, of course, that discipleship means an acceptance of who we are as men and women, and that our selves are not separate from our bodies. We should expect such disagreements. But we believe we can no more surgically alter our gospel than we can surgically alter our gender.

All we can do is say what we believe as Christians: that all of us are sinners, and that none of us are freaks. We must conclude that all of us are called to repentance, and part of what repentance means is to receive the gender with which God created us, even when that's difficult. We must affirm that God loves all persons, and that the gospel is good news for repentant prodigal sons and daughters, even for those who have trouble figuring out which is which.

Russell D. Moore is president of the Ethics and Religious Liberty Commission of the Southern Baptist Convention.