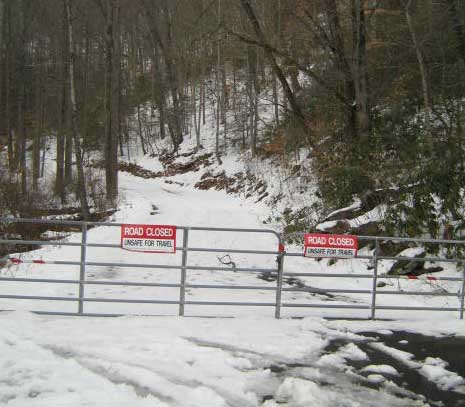 We are a new creation in Jesus--we die to our old selves and take on Jesus.

Not through our strength, our charm, or anything about us--all because of Jesus. Both Gideon and Esther have to choose whether to trust God Almighty, or “live” through our abilities. Both trust in God, and he lifts them above their situation, blessing not only them but their peoples. Notice how Gideon is down in the winepress and the people are hiding in caves, etc. Likewise Esther is deeply enmeshed in the King’s court--both could be described as “buried”. It takes God to resurrect them.

2 Corinthians 5 ….14 because we are convinced that one has died for all; therefore all have died. 15 And he died for all, so that those who live might live no longer for themselves, but for him who died and was raised for them. 16 From now on, therefore, we regard no one from a human point of view; even though we once knew Christ from a human point of view, we know him no longer in that way. 17 So if anyone is in Christ, there is a new creation: everything old has passed away; see, everything has become new!

Judges 6 1-6 Yet again the People of Israel went back to doing evil in God’s sight. God put them under the domination of Midian for seven years. Midian overpowered Israel. Because of Midian, the People of Israel made for themselves hideouts in the mountains—caves and forts. When Israel planted its crops, Midian and Amalek, the easterners, would invade them, camp in their fields, and destroy their crops all the way down to Gaza. They left nothing for them to live on, neither sheep nor ox nor donkey. Bringing their cattle and tents, they came in and took over, like an invasion of locusts. And their camels—past counting! They marched in and devastated the country. The People of Israel, reduced to grinding poverty by Midian, cried out to God for help.

7-10 One time when the People of Israel had cried out to God because of Midian, God sent them a prophet with this message: “God, the God of Israel, says, I delivered you from Egypt,  I freed you from a life of slavery; rescued you from Egypt’s brutality and then from every oppressor; I pushed them out of your way  and gave you their land. “And I said to you, ‘I am God, your God. Don’t for a minute be afraid of the gods of the Amorites in whose land you are living.’ But you didn’t listen to me.”

11-12 One day the angel of God came and sat down under the oak in Ophrah that belonged to Joash the Abiezrite, whose son Gideon was threshing wheat in the winepress, out of sight of the Midianites. The angel of God appeared to him and said, “God is with you, O mighty warrior!” 13 Gideon replied, “With me, my master? If God is with us, why has all this happened to us? Where are all the miracle-wonders our parents and grandparents told us about, telling us, ‘Didn’t God deliver us from Egypt?’ The fact is, God has nothing to do with us—he has turned us over to Midian.”

14 But God faced him directly: “Go in this strength that is yours. Save Israel from Midian. Haven’t I just sent you?” 15 Gideon said to him, “Me, my master? How and with what could I ever save Israel? Look at me. My clan’s the weakest in Manasseh and I’m the runt of the litter.” 16 God said to him, “I’ll be with you. Believe me, you’ll defeat Midian as one man.” 17-18 Gideon said, “If you’re serious about this, do me a favor: Give me a sign to back up what you’re telling me. Don’t leave until I come back and bring you my gift.” He said, “I’ll wait till you get back.” 19 Gideon went and prepared a young goat and a huge amount of unraised bread (he used over half a bushel of flour!). He put the meat in a basket and the broth in a pot and took them back under the shade of the oak tree for a sacred meal.

Esther 1: Now there was a Jew in the citadel of Susa whose name was Mordecai son of Jair son of Shimei son of Kish, a Benjaminite. 6 Kish[a] had been carried away from Jerusalem among the captives carried away with King Jeconiah of Judah, whom King Nebuchadnezzar of Babylon had carried away. 7 Mordecai[b] had brought up Hadassah, that is Esther, his cousin, for she had neither father nor mother; the girl was fair and beautiful, and when her father and her mother died, Mordecai adopted her as his own daughter.

Chapter 4: 9 Hathach went and told Esther what Mordecai had said. 10 Then Esther spoke to Hathach and gave him a message for Mordecai, saying, 11 “All the king’s servants and the people of the king’s provinces know that if any man or woman goes to the king inside the inner court without being called, there is but one law—all alike are to be put to death. Only if the king holds out the golden scepter to someone, may that person live. I myself have not been called to come in to the king for thirty days.” 12 When they told Mordecai what Esther had said, 13 Mordecai told them to reply to Esther, “Do not think that in the king’s palace you will escape any more than all the other Jews. 14 For if you keep silence at such a time as this, relief and deliverance will rise for the Jews from another quarter, but you and your father’s family will perish. Who knows? Perhaps you have come to royal dignity for just such a time as this.” 15 Then Esther said in reply to Mordecai, 16 “Go, gather all the Jews to be found in Susa, and hold a fast on my behalf, and neither eat nor drink for three days, night or day. I and my maids will also fast as you do. After that I will go to the king, though it is against the law; and if I perish, I perish.” 17 Mordecai then went away and did everything as Esther had ordered him.