Gifts of the Holy Spirit: Prophecy, by Dr. Wayne Grudem 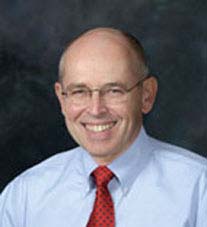 A fascinating discussion  of the nature of  prophecy in the 21st century, by Wayne Grudem. He became Research Professor of Theology and Biblical Studies at Phoenix Seminary in 2001, after teaching at Trinity Evangelical Divinity School for 20 years.

He served as president of the Council on Biblical Manhood and Womanhood, as president of the Evangelical Theological Society (1999) and as a member of the Translation Oversight Committee for the English Standard Version of the Bible. He has written more than 100 articles for both popular and academic journals as well as a number of books including: Systematic Theology: An Introduction of Biblical Doctrine, The Gift of Prophecy in the New Testament and Today, The First Epistle of Peter (TNTC), Business For the Glory of God, Evangelical Feminism and Biblical Truth, and The TNIV and the Gender-Neutral Bible Controversy. He also served as General Editor for the ESV Study Bible (2008). Many thanks to Genena  Land  and Rick Hove for their recommendations of Dr. Grudem.