God Is Faithful to Preserve His Own by Richard Phillips 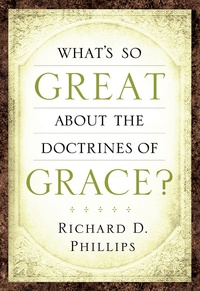 And I am sure of this, that he who began a good work in you will bring it to completion at the day of Jesus Christ. (Philippians 1:6)

Philippians 1:6 develops the theme of God's preserving grace—which ensures the perseverance of His own—in three points.

First, Paul reminds us that since God has begun our salvation, we can rely on Him to complete it: "he who began a good work in you will bring it to completion." God always finishes what He starts, especially the salvation of His people.

It is in this way that God's preserving grace fits with the other doctrines of grace. God the Father chose us in eternity past, and the Bible says that God's purpose in election must prevail (Rom. 9:11). God the Son offered an atoning sacrifice for these same elect people. Should they fall into condemnation, then His blood would have been shed for them in vain. But He insists that not one of them shall perish and none shall be plucked from His hand (John 10:28). Likewise, the Holy Spirit brought these same elect sheep to eternal life by the irresistible working of His grace. Should eternal life be lost, the Spirit's work would prove ineffective. Therefore, as faith is the gift of God's grace, the Christian's perseverance is the work of God's continuing grace.

Second, Paul says that God, having begun His work in our lives, "will bring it" to completion. This indicates that God not only guarantees the completion of our salvation, but is actively involved in the believer's life to bring this to pass. God works in our lives in the way a craftsman works to finish a product he has created. He smooths out the lines, sands the rough places, and puts its pieces together in proper proportion. D. Martyn Lloyd-Jones writes:

God does not merely initiate the work and then leave it, he continues with it; he leads us on, directing and manipulating our circumstances, restraining us at one time and urging us on at another. Paul's whole conception of the Church is that it is a place where God is working in the hearts of men and women.
God's work is manifested in His will playing out in our lives. This is what Paul says a bit later in Philippians: "Work out your own salvation with fear and trembling, for it is God who works in you, both to will and to work for his good pleasure" (Phil. 2:1–213). Being a Christian is not easy. Persevering in faith requires warfare with sin, labor in prayer, plowing in God's Word, and performing His will in the world. We are God's workmanship, Paul says, and this means we are called to "good works, which God prepared beforehand, that we should walk in them" (Eph. 2:10). God will see to it that His work for each of us is carried to completion. By His preserving grace, He will carry us to our destination in heaven. We are called to work this out, but, Paul insists, God is all the while working it in us (Phil. 2:13).

Third, we can see in Philippians 1:6 our certainty of successful "completion" if God's saving work truly has begun in us. Far from dreading the future, as we must if we look for signs of hope within ourselves, every believer possesses a hope that is certain for the most joyful, glorious, and holy destiny through faith in Jesus.

One of the reasons I love Bunyan's The Pilgrim's Progress is the portrait he paints of the eternity God has secured for every believer. Speaking of the believer's entry into heaven, he writes:

I saw in my dream the two men enter the gate. As they did, they were transfigured. They had garments that shined like gold. Harps and crowns were given them. The harps for praise and the crowns for honor. Then I heard in my dream all the bells in the city rang again for joy. It was said to them, "Enter into the joy of your Lord."
This may be a fanciful rendering from the Bible's promises, but still it is our future history and not fantasy. For as Paul insists, God brings us to completion. One of the meanings of the Greek word translated as "bring to completion" is "bring to perfection." That is what God has promised to do for every sheep who hears Christ's voice and who shows the reality of his or her faith by following after Him through life. Whatever hardships, disappointments, or failures await us in this world, a Christian can anticipate the certain fulfillment of David's exultant words in Psalm 16:11: "You make known to me the path of life; in your presence there is fullness of joy; at your right hand are pleasures forevermore." Terribly flawed though we all are now, God will bring our journey to completion and us to perfection, so that arrayed in perfect holiness we will live forever in His love.

Adapted from What's So Great about the Doctrines of Grace? by Richard Phillips. Download the digital edition free through July 31, 2013.