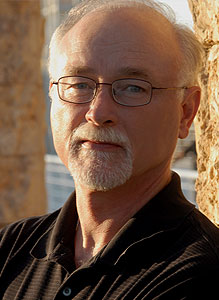 Jesus was raised in a small backwater town (can anything good come out of Nazareth? ), in a province occupied by a military nation (Rome) with total power over the lives, economy, and politics of all the residents.

As an adult, around him swirled radical activists (the Zealots, like Judas), political figures trying to please their Roman masters and gain the support of the general public (the high priest and Sanhedrin), and competing religious ideologies – Pharisees and Sadducees – with no space in their universe for the other.

In the midst of this, Jesus does an extraordinary thing when His disciples begin the totally human, self-driven power-posturing around Him as their leader (who's the greatest in the kingdom... ).

He calls a child to stand among them and says 3 things about the Kingdom:
a. Follow the model of a child if you want to change – become like a child (trust first and then understanding will follow)
b. Humble yourself to become like a child so that you can change (unlike a child, as an adult you have to choose to be humble – since you "outgrew" the humility of a child)
c. Build relationship around the child, because that is essentially building relationship with Him. And relationship with Him changes everything.

So, in the midst of political conspirators, foreign soldiers, and activist zealots, Jesus sits a child down and says, become a like a child, "get" what a child feels, join the child in relationship – and that will prepare you for prayer to your Father in heaven.

To intercede for the Middle East is most effective when we have the feeling of the ones we pray for. It is like when we pray for hungry children – we become aware of the urgency of an empty stomach if we skip some meals. We get changed by that feeling into deeper pray-ers. Effective intercession means we begin to feel the reality of the other person, and then bring them to the One who is able to heal that reality.

Imagine you are a volunteer on your block in Damascus. More than 100,000 of your fellow citizens have been killed over the past 2 years. More than 4 million people in Syria now have no homes, no work/no income, dwindling ability to buy food, no safety or protection, and no medical care. (Syrians are being killed at the rate of 165 per day; or 5000 per month. This is like destroying the entire population of Jordan, Minnesota every month. ) And hundreds of the survivors now take refuge in your small neighborhood, crammed into empty garages, unused school buildings, and extra space in the homes of friends or relatives. In fact, you may also be living in a bombed-out apartment, as a displaced person yourself.

Your day is occupied with organizing children to learn the lessons that they should have been getting in school. You help people find blankets, figure out where their next meal is coming from, connect the elderly and those who are sick to the few doctors and nurses that can still work in the few clinics that exist. You sit quietly with ones who have lost limbs or eyes, or fathers or mothers or children or brothers or sisters. Maybe you once were a stay-at-home-mom, or a university student, or an accountant – it no longer matters in the face of the need around you.

What matters now are the overwhelming needs and your stubborn intent to alleviate the suffering and anguish around you. Your friends, who are also volunteers, come from lots of different religious traditions, and all of you never even think about that.

Around you are political currents that scream that you cannot trust those friends if they are different. And you are aware that your friends are also hearing that they cannot trust you. There is no protection from violence, whether bullets, bombs, or chemicals. Anyone who has a gun is a risk that you have to assess – if you get the chance. You are caught in a flood of violence, uncertainty and death. And still you and they volunteer. Still you and they give.

Certainly, this is the picture of the young people as volunteers who come from the majority of (formerly) middle class families. Just like us. One car in the family, 2 or 3-bedroom apartment (translation: a mortgage), a kid or two in college (translation: tuition bills), younger children with their own agendas (usually about skateboards or iPads). And now, it is gone. And no sense of when the madness that tore your world apart will end.

These are the piercings of fear, insecurity and "how will it end-what will happen to us" that we can "get" that will make us better pray-ers for the Middle East. Everyone asks inside his or her heart, "Have we been forgotten? Do we not matter?" They matter. And we can start being changed by interceding for them. Getting the hunger inside ourselves that gets us to feel a little of the hunger in them. And bringing them before the Healer of all hunger. What I write next is not a prayer list. It is a way to describe a prayer position – to get myself into the place where I can hear God, where I can enable His Spirit to pray through me, asking Him what He wants to do .

Our Father in heaven,
hallowed be your name,
• You, O Lord, are the Sovereign Lover of our souls. Nothing in us is beautiful, nothing in us makes you love us. You love us, unstoppably, by your own Will. O God, in your sovereign love, protect Syrian families and children from the horrors and hatreds of war; from the small and dangerous agendas of uncontrolled guys with guns; from the willingness of people to believe that by shedding the blood of others they can reach higher goals – doing evil to bring about good (?!).
• God, have mercy on the least, the last, the weak. Have mercy on mothers and their children. On young people who willingly put themselves in harm's way to help others in a civil war that is also a proxy war – many militias, armies, zealots and governments fuel a civil conflict that destroys the people and the resources of a country of 25 million.
• O Lord, please bind and restrain the authorities and principalities of the air that have spiritual power over the land of Syria, creating madness in the hearts of human beings that execute the will of our enemy, the Devil (a lion prowling around to devour).
• O Lord, bring glory to your Name by bringing the power of evil to an end over and in Syria.

your kingdom come,
your will be done
on earth as it is in heaven
• O Lord, war is business. Money is the lifeblood of war. Dry up the channels of money, the profiteers who gain from merchandising death, those that are fueling the conflict.
• O Lord, war is politics. Stop the short-sightedness of those who hold levers of power, from any side, which produces longer-term effects that destroy people, families, the social fabric that holds life together, the environment that provides nurture and safety.
• O Lord, raise up leadership that has wisdom, not self-interest, so that they may start cycles of restoring life instead of destroying life: like Daniel , and like Joseph .
• O Lord, we pray to you for our leaders, for kings and all those in authority, that they may make decisions for peace, that we may live lives of peace, pleasing You and doing good.

Give us this day our daily bread,
forgive us our debts,
as we have forgiven our debtors.

• O Lord, have compassion on us, as we have compassion for others. Open our hearts to the wounded, the dispossessed, the bereaved, the dying.
• Give us the ability to feel with those Syrian youth who now risk their lives for the sake of others.
• Let us live as salt and light, being Kingdom people, and let Syrian Christians and Muslims, caught up in a social catastrophe live as salt and light in their society – living out the Kingdom of God on a day to day basis. Let them and us pray for one another, loving and accepting one another as brothers.

For Daily Bread:
Some specific brief requests:
 Questscope INSIDE SYRIA, with displaced persons: 150+ staff work with Roy to provide repaired, provisional shelter; alternative education and psychosocial support to children; links to medicine and medical attention: numbers of those served now exceed 10,000.
 Questscope IN JORDAN with refugees: 30 staff work with Curt to provide alternative education, mentoring (key to trauma assistance and rebuilding a life) and linkages to psychosocial and medical assistance to 5,000+ individuals to date.
 We are STRETCHED beyond what we thought was possible. Pray for competent people to join us; safety as we take measured risks to reach out; funds that are the oxygen of all our efforts; grace in the eyes of Syrians who have been betrayed, wounded, dispossessed of everything – including their futures; partnerships so that we do not burn out; and wisdom to be hands to incarnate God's heart for destroyed and voiceless victims in this burgeoning war.

And lead us not into temptation,
but deliver us from the evil one.

A temptation at this time in history is to feel that the Middle East is too complex, too distant, too other, too incomprehensible, too many bad numbers to get our minds around. Jesus lived under military occupation, among radical activists, subject to leaders juggling politics to stay in power and surrounded by religious ideologues with zero tolerance of any other view. And He showed us the Kingdom through the presence of a child. We can do this. He showed us that we can.

• Pray that we can escape from the temptation not to engage.
• Pray for our eyes to be opened to channels and relationships for engagement.
• Pray for compassion to move us in ways that we could never have imagined.
• Pray for Deliverance from the Evil One. Our only real enemy.