Listening as Cultural Currency: The Politics of Stories by J.F. ARNOLD 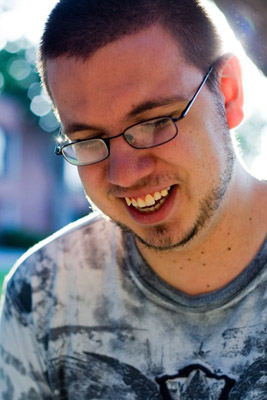 "I just want to be heard." It's the battle-cry of my generation, it seems. We've come to the point where the thing we cry out for most is simply an audience.

So my generation listens. This isn't a negative, at all: it's important that we listen, especially to those we either disagree with or don't understand. If we don't hear what others believe, after all, how could we speak to them well?

We've seen this listening take place in a number of cultural institutions lately.

First, the Church is Listening to Young Atheists about why they left. The intention here was two-fold, it appears: listen to young atheists in order to understand them for themselves, to take them as they are; and to work towards shifting various facets of the Church itself to reach out to those who might otherwise leave. One of the key conclusions from the questions asked of these young atheists is relatively simple:

If churches are to reach this growing element of American collegiate life, they must first understand who these people are, and that means listening to them.

We must listen to people in order to understand them. That seems straight-forward, but a lot of people simply don't want to listen to anyone they disagree with, regardless of the topic or the context in which the discussion takes place.

This desire to be heard is often the front-and-foremost request within LGBTQ activist groups, at least in how they relate to the Church. (I understand that, politically, the call is usually more akin to a representation and the right to marry members of the same gender; I'm specifically speaking to groups addressing the Church). Often, the LGBTQ cause is framed in terms of silence and voices: for an organization to be fair, it has to give voice to the cause; if any group does not allow those members to speak publicly as members of that group, then they are oppressing those members.

And I think there's a lot to this. Having someone listen to you can change everything. How often do we get frustrated when people stare at their phones, rather than engage us directly? That's not listening. Likewise, even God takes time to listen–just look at Job. The poor guy goes through what can best be described as hell on earth, and then God actually listens to him. He lets him speak. There is a time when God's authority and sovereignty take the front seat, but God definitely listens.

So too, does Jesus listen. We see Jesus spend time with the marginalized, and He does so in contexts where it is clear that He listened (meals together, for instance). But even as Jesus listens, he also tells people to "Go and sin no more." Jesus could listen to someone, hear their story, feel their hardship, and at the end of genuinely listening to them was still able to say "Go and sin no more." There's no mistaking this: for Jesus, listening is not the same as affirming.

Somewhere along the line, we stopped believing that people–like Jesus–could listen to us and still disagree with us. The validation we feel when we are heard suddenly feels less real if people still disagree with us after hearing us out. I find that a little odd: I'm actually quite okay with someone who disagrees with me, provided they've given my thought a chance to be spoken.

Someone who shuts you down before hearing you is far different from the person who respectfully disagrees after listening to your life story.

Mackenzie thought that the issue was really a misunderstanding of love and tolerance:

Tolerance is apathetic and passive, willing to leave things be, while love is urgent and active, seeking always the good of the beloved. Tolerance is merely the world's straight-to-VHS rip-off of love: the picture on the cover might be similar, but the content couldn't be more different–or more disappointing.

He's onto something, I'll give him that. But when it comes to listening, I think we need to draw another distinction: there's a big difference between hearing a side and agreeing with it. It's definitely possible to hear someone out genuinely, to actively weigh what they say, to hear their passionate beliefs and thoughts, and to still come away with a different view on some given subject, whether that's homosexuality, abortion, atheism, or your favorite sports team.

But if listening is an act of love, then Mackenzie's right when he says that we can love without accepting, that we can listen without affirming. For a political perspective, it's worth checking out what my friend Matthew Lee Anderson wrote over at Mere Orthodoxy:

Like all virtues, intellectual empathy needs some sharp edges to be of much use. For just as 'compassion' can become a sort of loose affection disconnected from a normative order of goods, so too the intellectual good of empathizing and understanding can be disconnected from pursuit of both people's good of discovering and affirming what is true.

It's easy to connect the 'intellectual empathy' Anderson describes with the listening that I've been working through here: in fact, to listen well is to seek to understand your conversation partner. One way to do that–perhaps the best way–is to temporarily suspend your own assumptions to see how coherent someone else's noetic framework actually is. This is the reason that listening is so closely connected with validation: for a brief moment, a good listener actually tries to think like you.

If we stop at listening, we've failed to work toward someone's best good.

There's a time and a place to hear stories–we as the Church probably ought to be doing more of it–but if we stop there, we've forgotten the rest of Jesus' words. Jesus listened to people, he met them where they were at, and he sought to love them, but that isn't the whole story. Jesus also instructs people against their particular sins, he asks the Father to forgive us even when do not know what we are doing, and he tells us all to go and sin no more. Even as Jesus listens, he turns around and instructs.

That's the hardest part for millennials like myself. We're eager to be heard, and we're eager to listen to people tell their own stories, but we're also quick to ignore those who speak against any of our actions. We're big on love and grace, but small on authority and correction. We seek to step into relationships where we can demonstrate love (or at least we talk about this), but we avoid confrontation, even when that conflict might lead to a removal of sin.

As believers, we ought to listen. We ought to eat with non-believers, spend time with LGBTQ individuals, live and love all people. That love should push us further than just listening. We should love people, love discovery, and love truth.