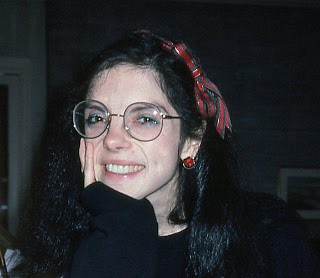 Remember my last post? It referred to the veritable smorgasbord of tunage featured on Triangle radio stations and to that classic of tower of funkitude Brick House… Well, it appears that I'm not quite done with that topic...

You see, the other night as I was following my husband the European Motors place to drop off his 27-year-old Volvo, I discovered in my channel flipping that one of the stations (preset 6) offers WHOLE show of Beach Music.

If you're not from around here, you may have no handle to hang that moniker on, so I'll tell you right off the bat "beach music" has nothing to do with the Beach Boys or Dick Dale. Wikipedia defines beach music this way:

Beach music, also known as Carolina beach music, and to a lesser extent, Beach pop, is a regional genre which developed from various rock/R&B/pop music of the 1950s and 1960s. Beach music is most closely associated with the style of swing dance known as the shag, or the Carolina shag, which is also the official state dance of both North Carolina and South Carolina. Recordings with a 4/4 "blues shuffle" rhythmic structure and moderate-to-fast tempo are the most popular music for the shag, and the vast majority of the music in this genre fits that description.

And if you ARE familiar with it and are starting to question my hipness quotient... The Mods in England called such music "Northern Soul"** and who is cooler than them? The music snob in me will also say that I prefer the original R&B songs to the pale copycat stuff that came later.
And like the station's 24-7 approach to music mixing, Big John’s Beach Party played a variety - the good, the bad and the silly. Anyway, all of this is to say: it was on my way home that night that I heard one of my shagalicious favorites, The Showmen's 39-21-46.*** (Listen here.) And I sang that bad boy at top of my lungs.... Bobbing in the car seat, shagging with the steering wheel... I felt positively giddy with the Spirit... And then I realized it:
39-21-46 and Brick House are the THE SAME SONG!!! You can read the lyrics to Brick House on my previous post, and the lyrics to 39-21-40 Shape here:
You are so beautiful
You're such a sight to see
You're the girl for me
You you you you you you you you
You set my soul afire
filling my heart with one desire
Wanting to be with you

Every little boy in town
Wants to get his arms around
You you you you you you you you you you you you
For no one else will do but
You, with your 39 21 40 shape,
Yes you got me going ape-ity ape over you
You you you you you you you you
Yeah yeah yeah Oh oh oh oh
As a lo divinos (or secular songs sung with a sacred intent), they describe a singular God of perfect proportions... The Object of worship and complete delight... See what I mean?! The same song. Remember in that movie about Ray Charles where he plays his unique style of gospel-turned-R&B for his girlfriend and she's kind of appalled because it seems sacrilegious... Well, I'm flipping that over like a half-done steak!
Because these two songs also remind me that people tend to “worship” things that are only half-baked (or half-grilled, if we're gonna do right by the metaphor): a perfect partner, a well-endowed bank account, a fancy job title, a stellar reputation, a matchless experience, an inspiring artist or work of art, our own agenda... Not that those things are bad, but really – it’s just stuff, you know?


I think it's their hyperbole that makes these songs so easy to convert to praise songs – they reflect the kind of devotion that belongs only to God – you know, the One who actually CAN make the blind see, the crippled walk, and the quiet talk. I myself used to be quiet, doncha know...!
Anyway... in John 4, Jesus tells the Samaritan woman when she's drawing him some water, "Everyone who drinks this water will be thirsty again, but whoever drinks the water I give them will never thirst. Indeed, the water I give them will become in them a spring of water welling up to eternal life.”
And that’s the water I want. No One else will do!

*I don't recommend doing a Google image search of "people shagging." Just... don't.
**At Crazy Zack's on Hillsborough Street in the early 80s, I once met a British guy who had come to NC to buy beach music records to take back to sell in England as Northern Soul.