All Things are Full of Weariness: the film Key Largo 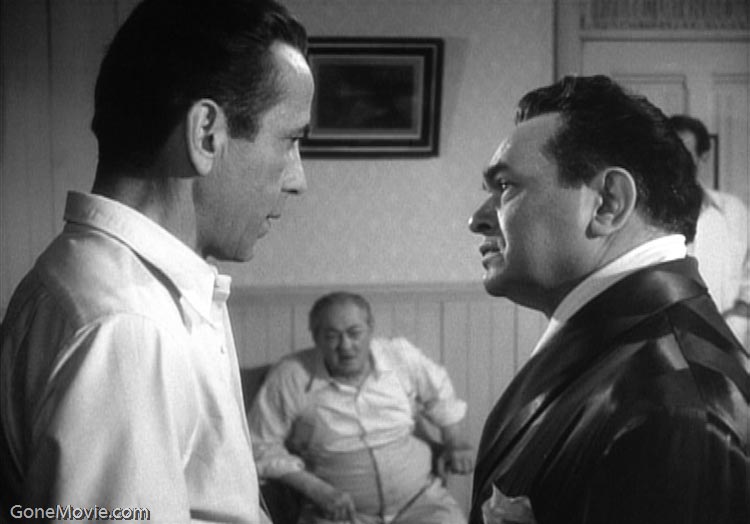 What do we want? Our consciousness is saturated with the sounds, sights, and smells of things that we associate with satisfaction, even if it is satisfaction that lasts only a few seconds.

We convince ourselves that if we can accumulate enough of these things, in as wide a variety as possible, we will remain satiated for the foreseeable future. Yet our heart, our mind, knows better, even if we keep those thoughts buried deep below, so we won't experience the crashing, humbling cognitive dissonance of reality. That place inside us that we don't let out, because it is so at odds with the way we've structured our lives, that place longs for the more that only Christ can satisfy. And He satisfies for eternity. Taste and see that the Lord is good.

The scriptures below capture the perils of ignoring that place deep inside our minds, as does the film clip from a 1948 movie.

All things are full of weariness; a man cannot utter it; the eye is not satisfied with seeing, nor the ear filled with hearing. Ecclesiastes 1.

In the clip below from Key Largo, the quintessence of this unquenchable desire is presented in stark relief, in a confrontation between a fugitive gangster, Johnny Rocco (played by Edward G. Robinson),  and a World War II hero, Frank McCloud (played by Humphrey Bogart). While outside their Florida Keys hotel a hurricane roars, downing telephone lines and trapping the gangster and his troops, McCloud spars with Rocco over what he is really after.