The Way of Jesus: Patient, Building from Small Things 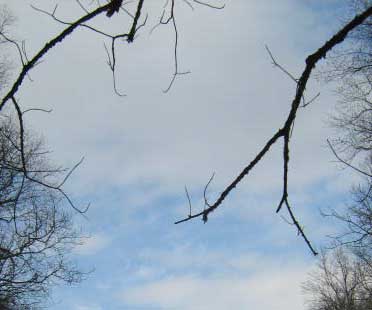 God is patient. God calls us to be patient with each other, too. Jesus gives parables that center on the small (acorn/mustard seed, seeds, yeast) and patience (apple/fig tree given another year).

Romans 5: (Developing Patience) By entering through faith into what God has always wanted to do for us—set us right with him, make us fit for him—we have it all together with God because of our Master Jesus. And that’s not all: We throw open our doors to God and discover at the same moment that he has already thrown open his door to us. We find ourselves standing where we always hoped we might stand—out in the wide open spaces of God’s grace and glory, standing tall and shouting our praise. There’s more to come: We continue to shout our praise even when we’re hemmed in with troubles, because we know how troubles can develop passionate patience in us, and how that patience in turn forges the tempered steel of virtue, keeping us alert for whatever God will do next. In alert expectancy such as this, we’re never left feeling shortchanged. Quite the contrary—we can’t round up enough containers to hold everything God generously pours into our lives through the Holy Spirit!

2 Timothy 2:22-26 Run away from childish indulgence. Run after mature righteousness—faith, love, peace—joining those who are in honest and serious prayer before God. Refuse to get involved in inane discussions; they always end up in fights. God’s servant must not be argumentative, but a gentle listener and a teacher who keeps cool, working firmly but patiently with those who refuse to obey. You never know how or when God might sober them up with a change of heart and a turning to the truth, enabling them to escape the Devil’s trap, where they are caught and held captive, forced to run his errands

Luke 8: (The Story of the Seeds) 4-8 As they went from town to town, a lot of people joined in and traveled along. He addressed them, using this story: “A farmer went out to sow his seed. Some of it fell on the road; it was tramped down and the birds ate it. Other seed fell in the gravel; it sprouted, but withered because it didn’t have good roots. Other seed fell in the weeds; the weeds grew with it and strangled it. Other seed fell in rich earth and produced a bumper crop. “Are you listening to this? Really listening?” 9 His disciples asked, “Why did you tell this story?” 10 He said, “You’ve been given insight into God’s kingdom—you know how it works. There are others who need stories. But even with stories some of them aren’t going to get it: Their eyes are open but don’t see a thing, Their ears are open but don’t hear a thing.

11-12 “This story is about some of those people. The seed is the Word of God. The seeds on the road are those who hear the Word, but no sooner do they hear it than the Devil snatches it from them so they won’t believe and be saved. 13 “The seeds in the gravel are those who hear with enthusiasm, but the enthusiasm doesn’t go very deep. It’s only another fad, and the moment there’s trouble it’s gone. 14 “And the seed that fell in the weeds—well, these are the ones who hear, but then the seed is crowded out and nothing comes of it as they go about their lives worrying about tomorrow, making money, and having fun. 15 “But the seed in the good earth—these are the good-hearts who seize the Word and hold on no matter what, sticking with it until there’s a harvest.

Luke 13: 6-7 Then he told them a story: “A man had an apple tree planted in his front yard. He came to it expecting to find apples, but there weren’t any. He said to his gardener, ‘What’s going on here? For three years now I’ve come to this tree expecting apples and not one apple have I found. Chop it down! Why waste good ground with it any longer?’ 8-9 “The gardener said, ‘Let’s give it another year. I’ll dig around it and fertilize, and maybe it will produce next year; if it doesn’t, then chop it down.’”

(The Way to God) 18-19 Then he said, “How can I picture God’s kingdom for you? What kind of story can I use? It’s like an acorn that a man plants in his front yard. It grows into a huge oak tree with thick branches, and eagles build nests in it.” 20-21 He tried again. “How can I picture God’s kingdom? It’s like yeast that a woman works into enough dough for three loaves of bread—and waits while the dough rises.” 22 He went on teaching from town to village, village to town, but keeping on a steady course toward Jerusalem.