Excerpt from ‘Mississippi, Take Down That Flag’ by Ligon Duncan 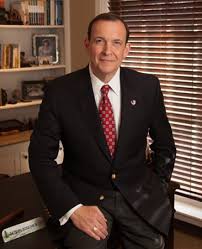 The following is excerpted from an article appearing on The Gospel Coalition website.

Mississippi Lt. Governor Delbert Hosemann and Speaker of the House Philip Gunn have asked me to make a statement on the issue of the Mississippi flag. The leaders of our state government and legislature are discussing and debating this matter right now in Jackson. This is what I said to our legislators:

I have lived and worked in Mississippi for more than half my life, but I was born into a family of eight generations of South Carolinians. My forbearers fought for the Confederacy, and their descendants have been re-fighting “The War” ever since. I grew up reading Lee’s Lieutenants; a framed print of Everett Julio’s The Last Meeting of Robert E. Lee and Stonewall Jackson at Chancellorsville hung on my father’s office wall; the women of my lineage were United Daughters of the Confederacy; and my father was the chaplain for the 16th Regiment, SC, Volunteers Camp 36, Sons of Confederate Veterans. I was reared on “The Lost Cause,” served as a U.S. Senate page under J. Strom Thurmond (R-SC), and I do not despise my ancestors.

But I do love my neighbors. All of them. And I want all of us, together, to be able to be proud of our state flag.

I do not despise my ancestors. But I do love my neighbors. All of them.

I fully understand and appreciate that many good people of this great state view the Confederate flag (the Battle Flag of the Army of Northern Virginia) merely as a symbol of heritage, and not as a sign of support for slavery and white supremacy. For many it represents rejection of “political correctness,” reverence for ancestors, respect for the past, acknowledgment of our state’s history, and other perfectly understandable and laudable things.

However, as a historian, fully sympathetic to my people and our heritage, I have to say that the symbols of the Confederacy represent not simply “the preservation of a way of life” and “States’ Rights,” but “States’ Rights to perpetuate chattel slavery by denying black people social and political equality” (these things are explicitly in Mississippi’s Ordinance of Secession). And then, to make things worse, especially after most of the men who actually fought the War died, these symbols have been persistently and widely used to send a message of oppression, terror, inferiority, and exclusion to the black people of the South in general, and our state in particular.

This is sadly true of our current state flag, the so-called “1894 Flag,” which incorporates the Confederate battle flag. It was adopted in a time when efforts were being made to exclude black people from voting in our state and when lynchings were frequent. And it became symbolic of our state’s opposition to equal civil rights for our fellow black citizens. So, here is the situation. The Mississippi Code says that the “pledge of allegiance to the Mississippi flag shall be taught in the public schools of this state” and asks our students to say, “I salute the flag of Mississippi, and the sovereign state for which it stands, with pride in her history and achievements, and with confidence in her future, under the guidance of Almighty God.”

What is the solution? The current state flag must come down and be replaced by a symbol that unites us all as friends and neighbors, fellow citizens who genuinely care about one another’s well-being.

As a Christian, this is all about two simple, basic, biblical things: (1) loving my neighbor, and (2) acknowledging that every person is created in God’s image. If we do that as Christian citizens, we will want our public symbols to emphatically acknowledge the humanity and equality of all our fellow citizens, and we will want those symbols to inspire them to feel a part of and love our state, not fear and distrust it.

For some of our citizens, this will mean parting with symbols they love, but that too is part of the Christian life. Jesus taught us to deny ourselves and take up our cross and follow him.